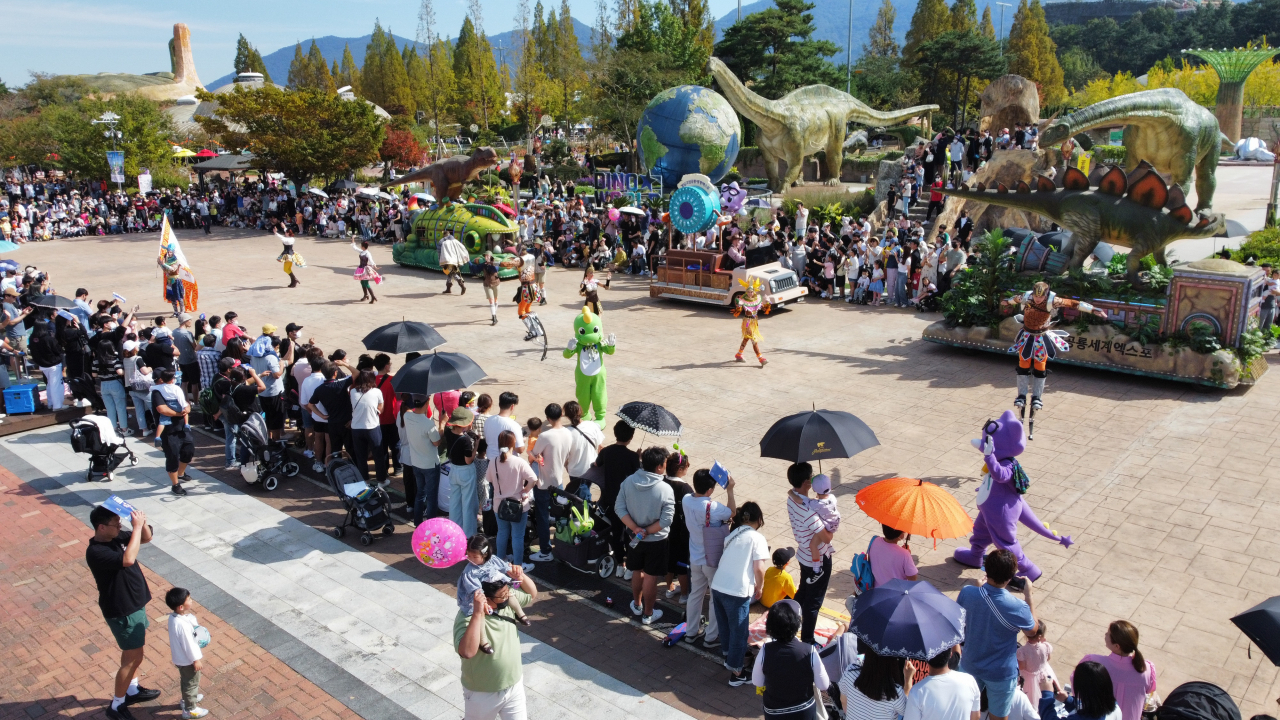 The Gyeongnam Goseong Dinosaur World Expo has returned for the sixth time this year, in Goseong, South Gyeongsang Province.

Known as a treasure trove of dinosaur fossils and footprints, the first dinosaur footprints in Goseong County discovered in 1982 in the area of Sangjogam. In 1999, the footprints of Brontosaurus, Brachiosaurus, Allosaurus and other species found at Sangjogam were designated Natural Monument No. 411.

The Goseong Dinosaur Expo began in 2006, highlighting the fossils and footprints found in the region, which date back to 100 million years ago, during the Cretaceous Period of the Mesozoic Era.

At the media exhibition hall, visitors can travel back in time to the prehistoric period using latest video projection technology. A number of dinosaur constellations -- Brachiosaurus, Pteranodon, Triceratops and Tyrannosaurus -- appear in a large sky dome, with underlying stories of each dinosaur presented.

The fossil exhibition hall presents some 195 actual fossils, including the only Spinosaurus fossil excavated in the country.

Meanwhile, timed with the expo, the Goseong Dinosaur Museum, located in Sangjogam County Park, is hosting a special exhibition entitled "Dinosaur's Land, Goseong." Opened in 2004, the four-story museum showcases major fossils and footprints in Goseong, along with relevant artifacts and scholarly research materials.

Dinosaur fossils are still being discovered in different regions of the peninsula today, including the Koreaceratops hwaseongensis, found in Hwaseong, Gyeonggi Province, in 2008. The fossil was newly designated a natural monument Friday.