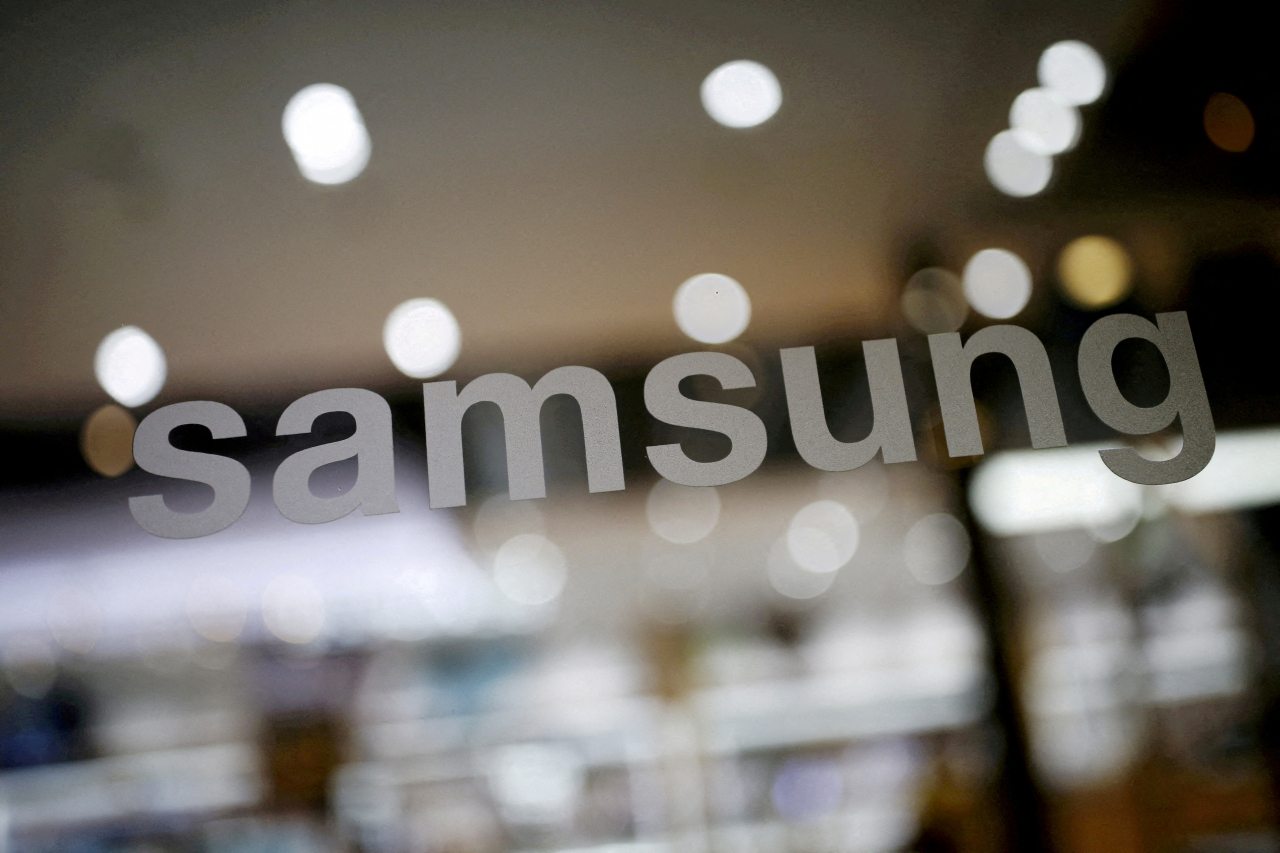 The logo of Samsung Electronics is seen at its headquarters in Seoul, South Korea, April 4, 2016. (Reuters-Yonhap)

Samsung Electronics is expected to log a sharp drop in its quarterly operating profits as the company on Friday announced that its tentative third-quarter operating profits are estimated at 10.8 trillion won ($7.7 billion), a 31.73 percent decline on year.

According to the South Korean chipmaker, its operating profits from the third quarter will also have declined by 23.4 percent on quarter. The downfall will mark the first quarterly dip in the company’s operating profits since the fourth quarter in 2019.

The company said its third-quarter sales are expected to reach 76 trillion won, up 2.73 percent on year and down 1.55 percent on quarter.

Samsung Electronics raked in nearly 10 trillion won from its chip businesses in the second quarter, which accounted for about 70 percent of the total operating profits.

Although the earnings guidance did not include detailed numbers by business sectors, market analysts pointed to a slowdown in the worldwide semiconductor market behind the chipmaker’s steep decline in its operating profits.

Amid the ongoing global economic downturn, the demand for smartphones and computers is shrinking as companies have been looking to use up the chips in stock first rather than purchasing more semiconductors, causing a drop in memory chip prices.

“The upward cycle of semiconductors that lasted for about three years has created the largest amount of (chip) stock burden in history. As the upward cycle has lasted for a long time, there are concerns about its aftereffects,” he added.

The prices of DRAM and NAND flash are forecast to decrease by 13 to 18 percent and 15 to 20 percent in the fourth quarter, respectively, according to global market intelligence firm TrendForce. It said more memory chip suppliers should cut down their semiconductor production in order to normalize the imbalance between demand and supply next year.

Samsung, however, has reaffirmed its will to continue producing memory chips even with the risks of falling chip prices and oversupply.

Han Jin-man, senior vice president of Samsung’s memory chip business division, said the company is not having discussions on cutting down its chip production at the moment during the Samsung Tech Day 2022 in San Jose, California, on Wednesday.

Samsung Electronics will release its final third-quarter earnings on Oct. 27.