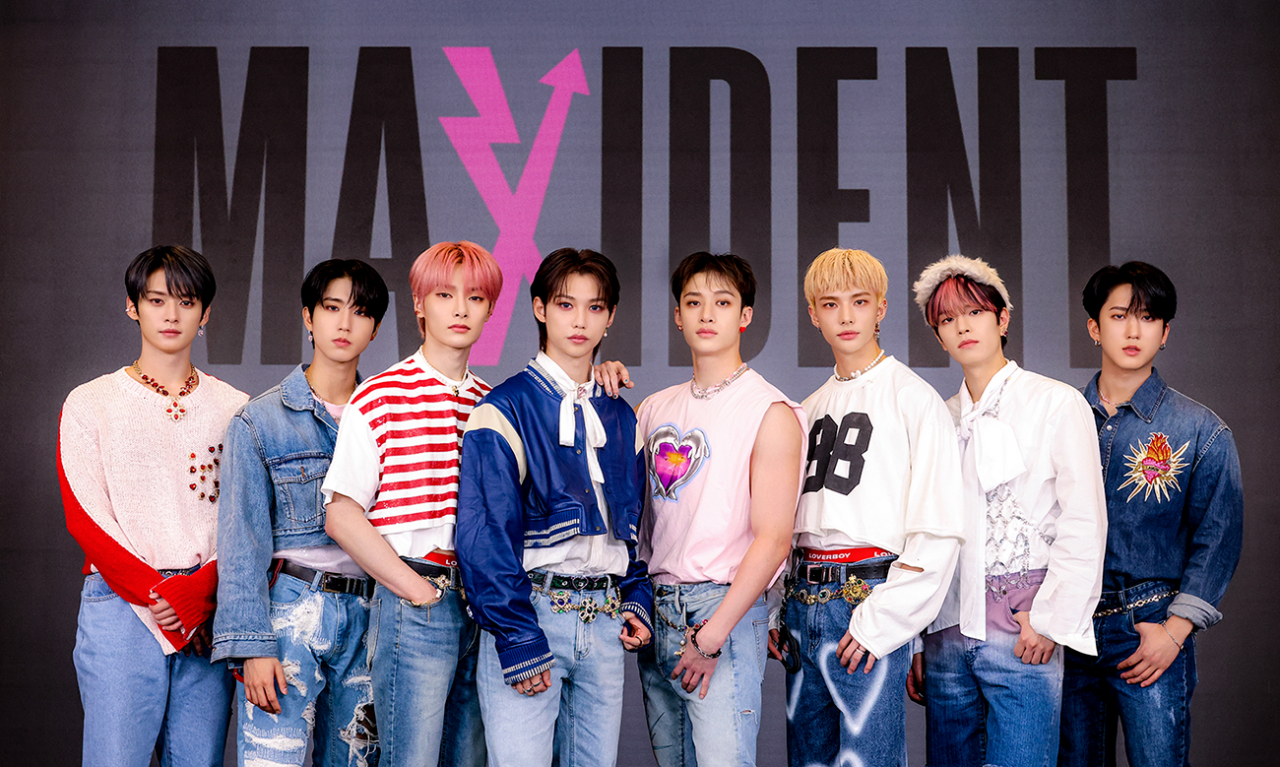 As once-verdant leaves are transforming into reds and browns of autumn, Stray Kids welcomed the season with their new album “Maxident” on Friday evening to navigate the seasons of love.

This marks the boy band’s return nearly seven months after it released its sixth EP, “Oddinary,” in March.

“We didn’t know how to prepare for our new album. We’ve received so much love in the thick of our second ‘Maniac’ world tour, and our skills and stage presence improved through that, which we think can show on stage this time,” Lee Know said during Friday’s online press conference.

“Now, it’s time to return the love Stays gave us,” he added, referring to the band’s official fandom.

This time, the K-pop phenomenon gave a tender take on its music. Known for its music with frenzied beats, this time around Stray Kids has returned with a musical project that spells out love.

The new album’s title, “Maxident,” is a coined term combining “max,” “maximum,” “accident” and “incident.” Hyun-jin said it likens the emotions and feelings of love to a major incident. He went on to say that the group decided to apply the same idea to its new album, as the group is known for album titles that are made up of different words. 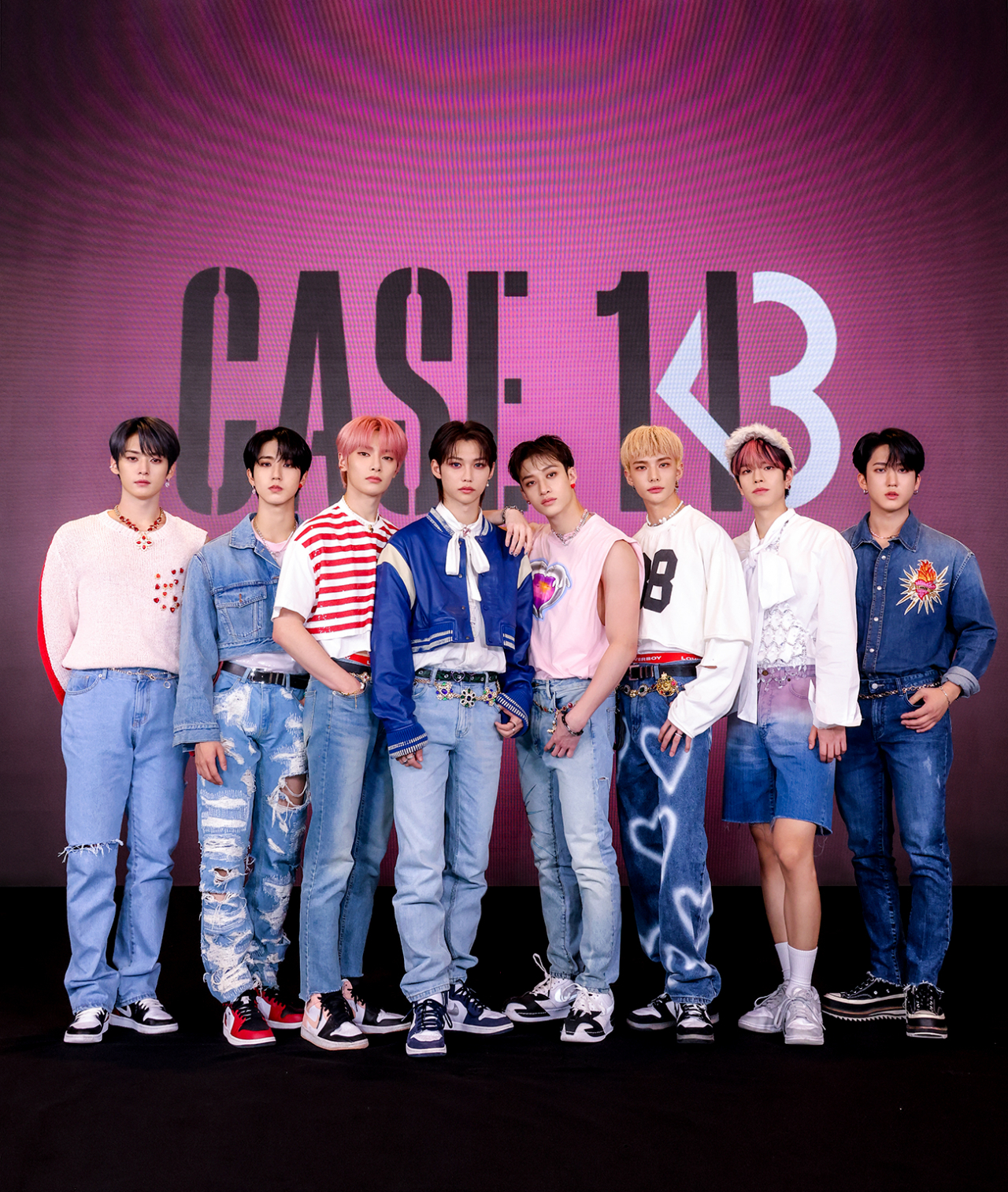 Boy band Stray Kids pose for a photo during an online press conference held for their new album, “Maxident,” on Friday. (JYP Entertainment)

The band’s producer unit 3Racha -- Bang Chan, Han and Chang-bin -- took the helm in producing the entire album, and the other five members listed themselves as lyricists and composers on the album.

Leading the eight-song package is the track “Code 143,” which rapper Han described as a song made up of different genres.

“We’ve melded a lot of energy, sound transitions (in between melodies) and speed that people think of when they think of Stray Kids. I usually get inspiration from my daily life and the conversations I have with my bandmates. I focused on the love Stray Kids can express while working on the track,” he said.

Seung-min added, “As the title suggests, it translates into case number 143. It’s a song that likens the emotions we feel for the first time because of love, and we compared such confusion to an incident.”

The vocalist added that the number “143” is a code that is synonymous with the phrase “I love you.” Gushing about the band’s latest album, Seung-min also said that Stray Kids infused a fresh approach in defining love, which fans and listeners might find different from other love songs.

When asked about a “maxident,” or massive accident that occurred to Stray Kids, Seung-min said without hesitation that it was when the band first heard its “Oddinary” album landed at No. 1 on the Billboard 200.

“We were told about the news in the morning while preparing for an event. I still can’t forget that feeling,” he grinned.

Other songs that round out the album are: “Chill,” “Give Me Your TMI,” “Super Board,” “3Racha,” “Taste,” “Can’t Stop” and a Korean version of the band’s Japanese track titled “Circus.”

Going back to why Stray Kids decided to make a seismic change, Chang-bin said the band’s original direction of the album’s overall concept didn’t start with love.

“I didn’t compose the song with the intention to bring out a romantic song. If you look at the side tracks on our previous albums, there are songs with chill and relaxed melodies talking about love. This time, we wanted to come up with a love song that can be a fit on stage with our performance,” he added. 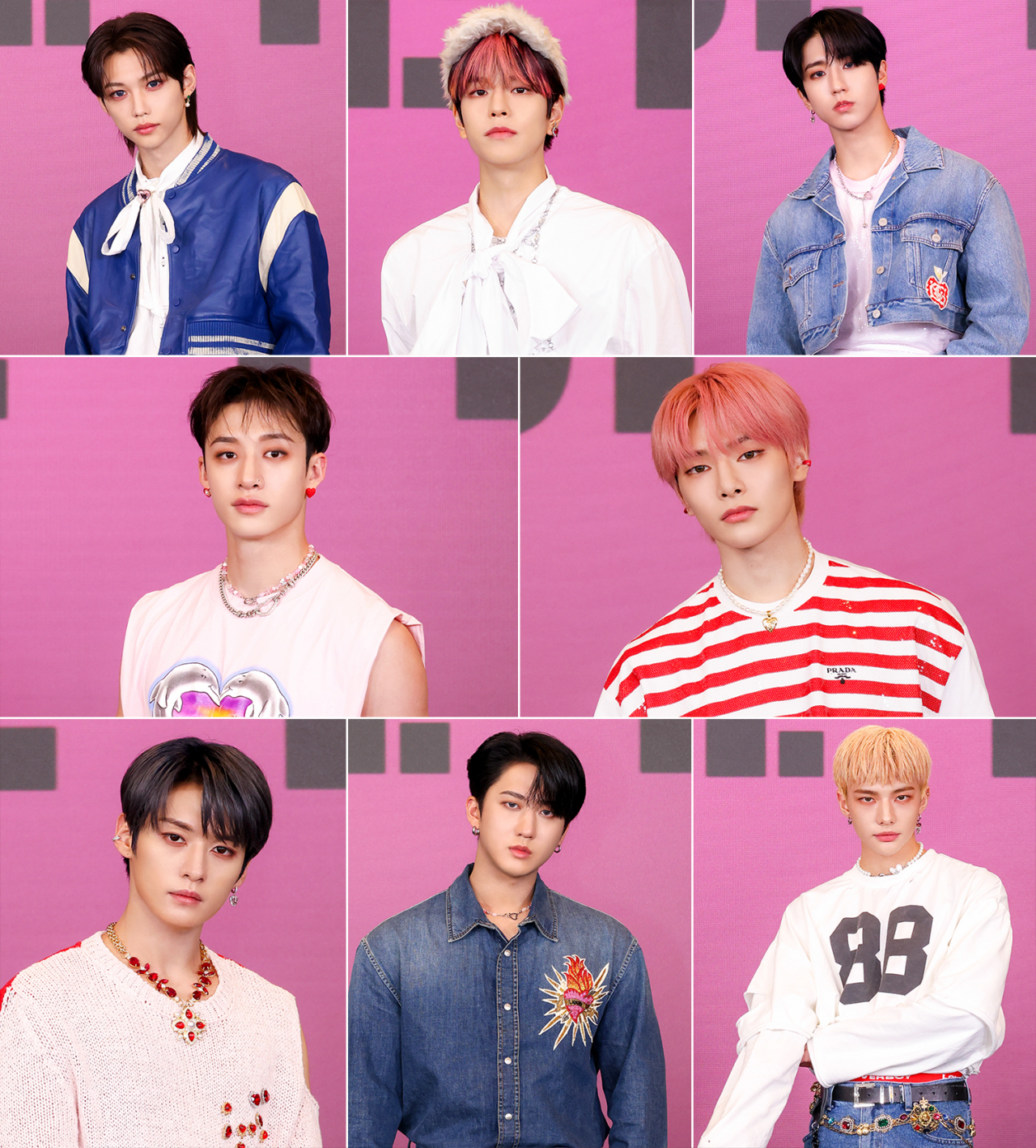 Bang Chan also shared his thoughts on the main track, saying an essential facet of love is how somebody expresses it.

“All the members worked hard on how to convey feelings (of love) while recording it. As a person who directed the whole recording process, I couldn’t be more proud of how they’ve done it so well and improved, which is why the recording ended pretty quickly,” he said.

Also, the global K-pop sensation achieved another feat through the new album. As of Sept. 28, Stray Kids surpassed a whopping 2.37 million in pre-order sales. It’s a 1.07 million increase in sales compared to the band’s previous album “Oddinary.”

I.N thanked fans for making things possible for the band during the event.

“Many people, especially our company staff members, helped us throughout the process and Stays. It’s a great honor. All the bandmates were happy when we found out about it and talked about releasing a good album next time,” he said.

Hyun-jin also thanked fans, saying that Stays are always the driving force behind pushing the envelope and hopping on new adventures.

“Actually, all the musical projects we’ve done and are doing are for Stays. They make us feel proud, which pushes us to do more.”

At the end of the press conference, Han expressed hopes that the band’s new side would land well with people.

“We’ve wanted to show a different side of us, which is why we came back with a love song. I heard Stray Kids are always making new milestones with their new albums since their debut. Hopefully, Stray Kids can step higher and make new feats with the new album.”