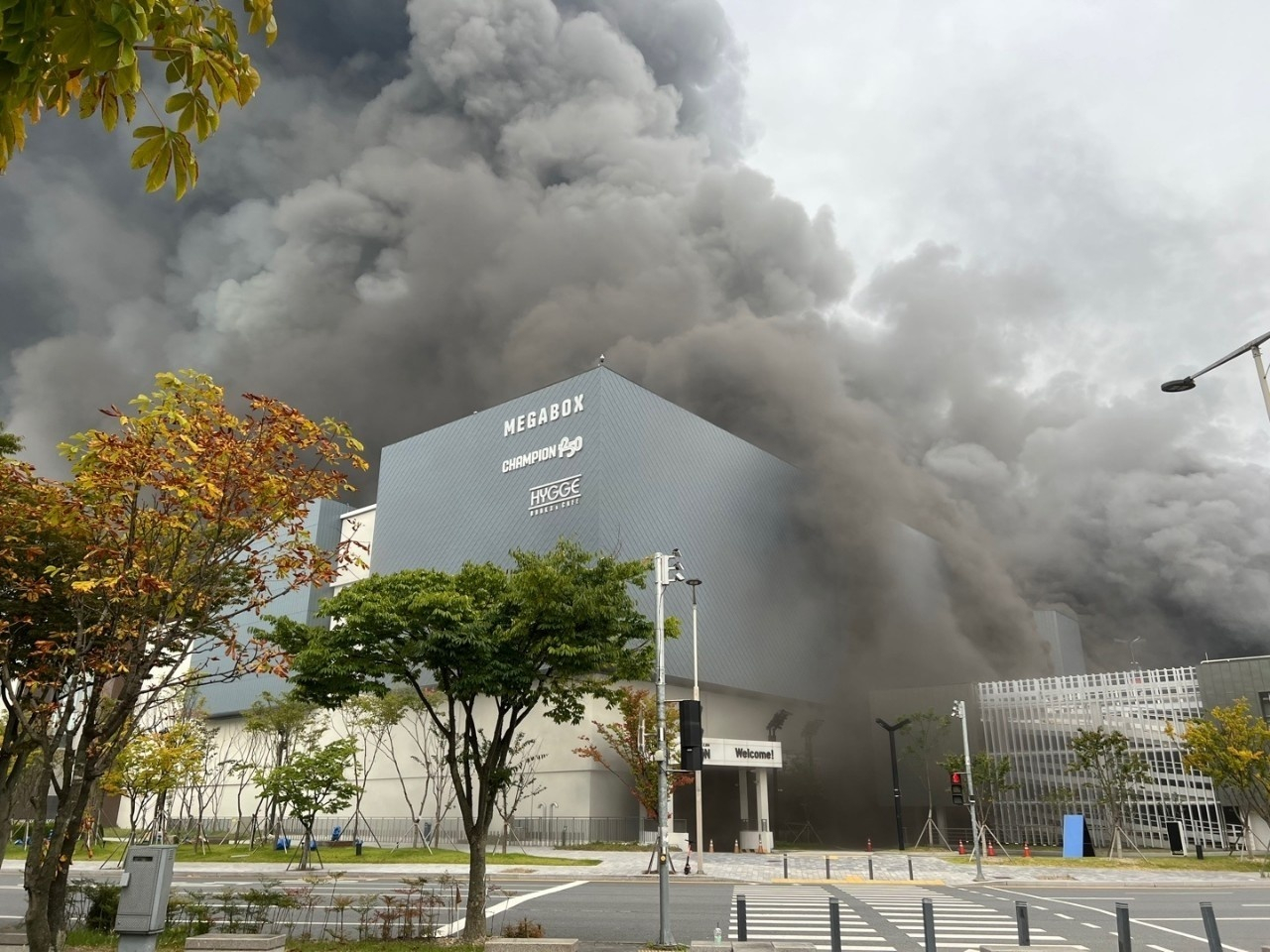 The Hyundai Premium Outlet in Daejeon is surrounded by black smoke from fire on Sep. 26. (Yonhap)

Refusing to disclose the exact number of staff and managers, a Hyundai Department Store official said “we will come up with additional measures to minimize the staff’s (financial) damage.”

Also, the company plans to pay around 25 billion won in settlement costs to over 300 partner companies who operate businesses in the mall earlier than the allotted deadline.

There will be additional reimbursements for the companies’ stock products, it added.

On Sept. 26, local media reported that the fire started from the basement parking lot at Hyundai Premium Outlet in Daejeon, about 160 kilometers south of Seoul. The next day, the police and fire authorities launched a joint probe with the National Forensic Service consisting of around 40 members to determine the cause of fire. Seven workers from subcontractors were pronounced dead due to the fire.

When asked about reimbursements to the families of the seven deceased workers, the Hyundai Department Store official told The Korea Herald that the company plans to reach out (to the family) for settlement, without making an announcement.