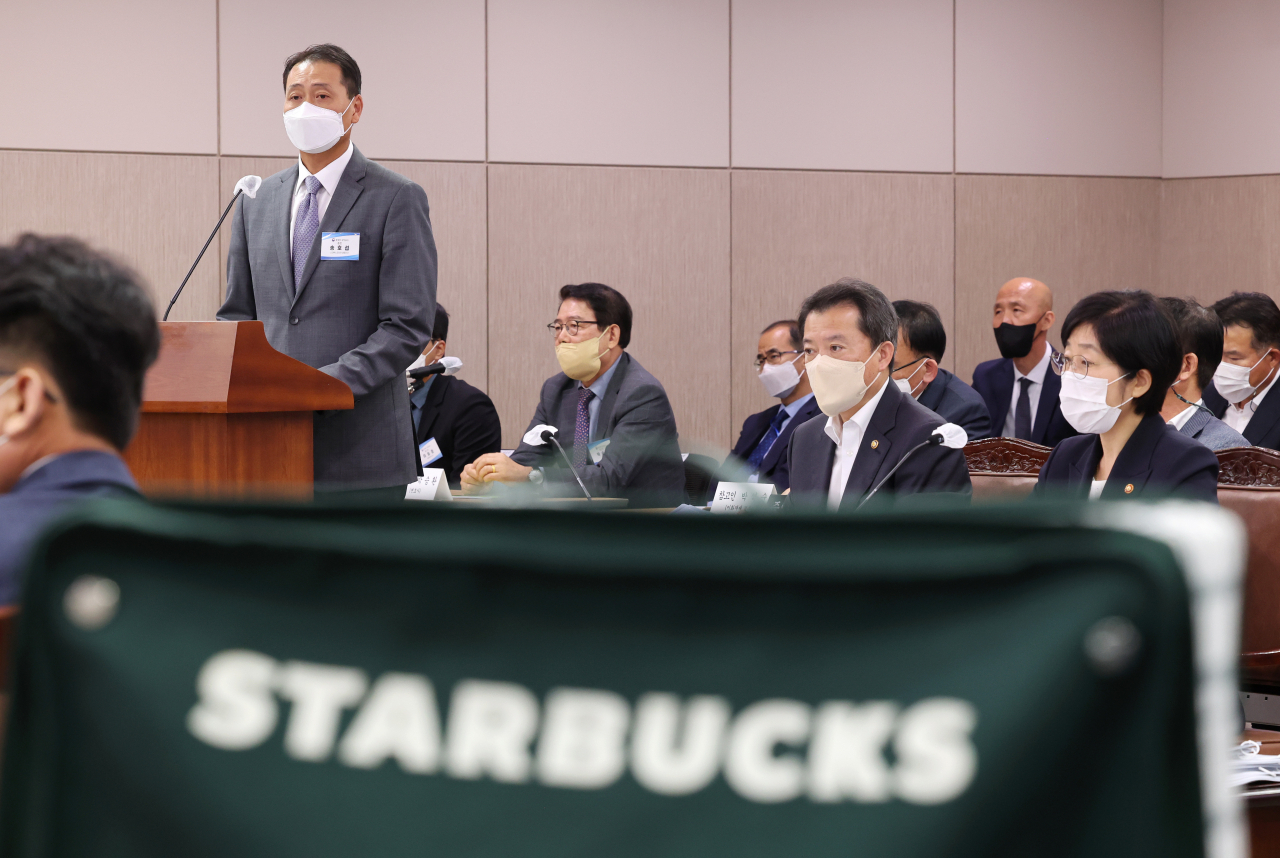 Starbucks Korea CEO Song Ho-seop waits for questioning during a parliamentary audit that opened on Oct. 4, 2022, at the National Assembly. (Yonhap)

An opposition lawmaker claimed Tuesday that Starbucks Korea had prior knowledge that its recent giveaway merchandise contained a toxic substance for over a week before the information was made public.

The company came under fire in July after formaldehyde, a carcinogen, was detected in its "summer carry bags," which it provided to customers who purchased 17 drinks between May and early July.

According to Rep. Lee Su-jin of the main opposition Democratic Party, Song Ho-seop, CEO of Starbucks Korea, was notified of the existence of formaldehyde in the company's giveaway bags on July 13, eight days before rumors of the toxic substance in the bags first surfaced on the internet.

The company apologized for the incident in late July and has been recalling the items.

The International Agency for Research on Cancer, the World Health Organization's cancer agency, classifies formaldehyde -- a colorless, flammable chemical used in many household products -- as a human carcinogen.

The company has promised to enhance product quality assurance by increasing the number of employees in related departments, hiring more experts and strengthening product quality control.