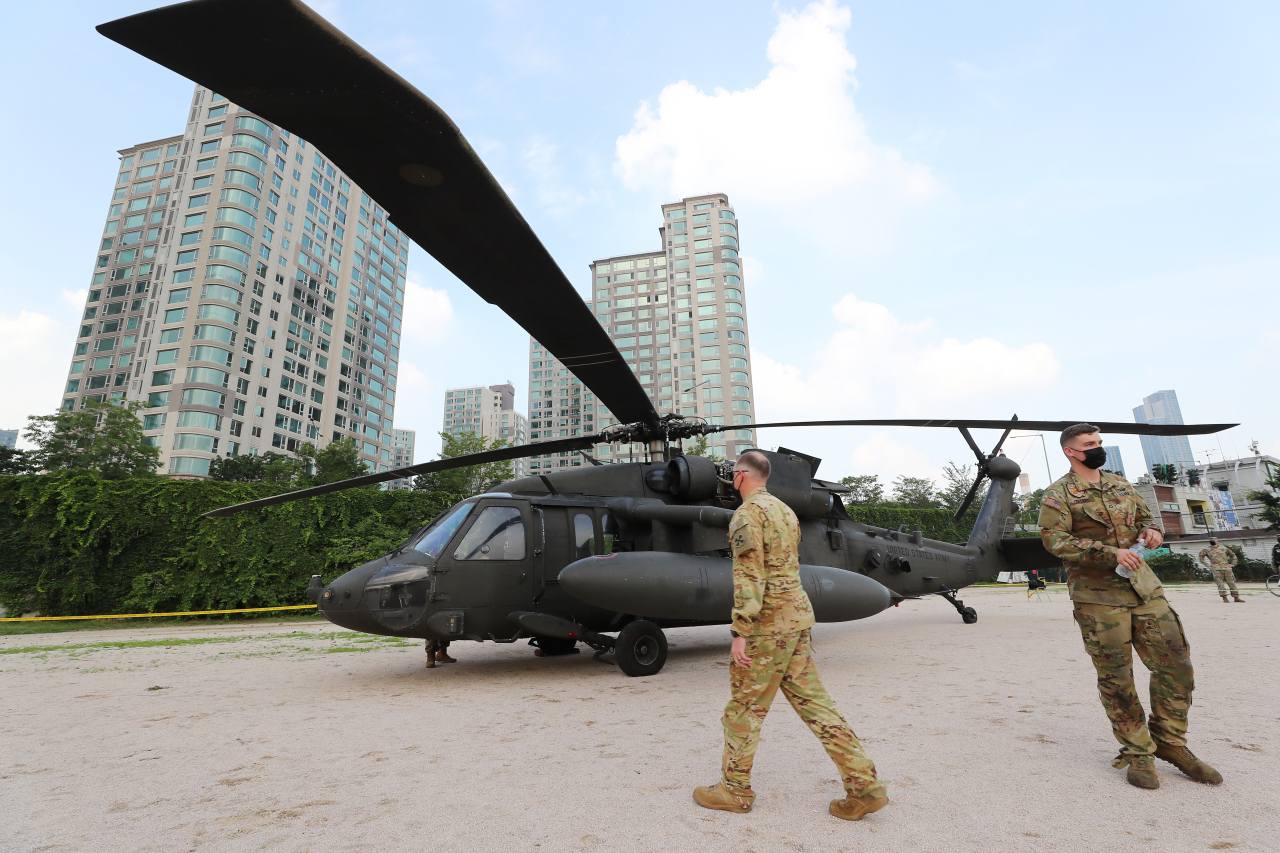 The South Korea-US Combined Forces Command (CFC) plans to complete the relocation of its headquarters in Seoul to a key US military base south of the capital by the end of this month, the defense ministry said Tuesday.

Seoul and Washington agreed late last year to move the CFC headquarters to Camp Humphreys in Pyeongtaek, 70 kilometers south of the capital, within this year in a relocation that would end 44 years of its presence at the heart of Seoul.

More than 700 South Korean and US personnel of the CFC will move to the new headquarters starting early this month, according to the ministry.

"Through the relocation, the CFC plans to establish an even stronger combined defense system based on a strengthened alliance spirit and operational efficiency in Pyeongtaek, the new cradle of the alliance," it said in a statement.

The construction of the CFC headquarters building was completed last month with a budget of 32.2 billion won ($22.42 million).

Launched in 1978, the CFC has been the allies' core warfighting headquarters tasked with countering potential North Korean provocations and aggression.

The CFC is currently led by a four-star US general. But after the envisioned conditions-based transfer of wartime operational control from Washington to Seoul, a South Korean general is to lead the command with a US general taking a supporting role. (Yonhap)