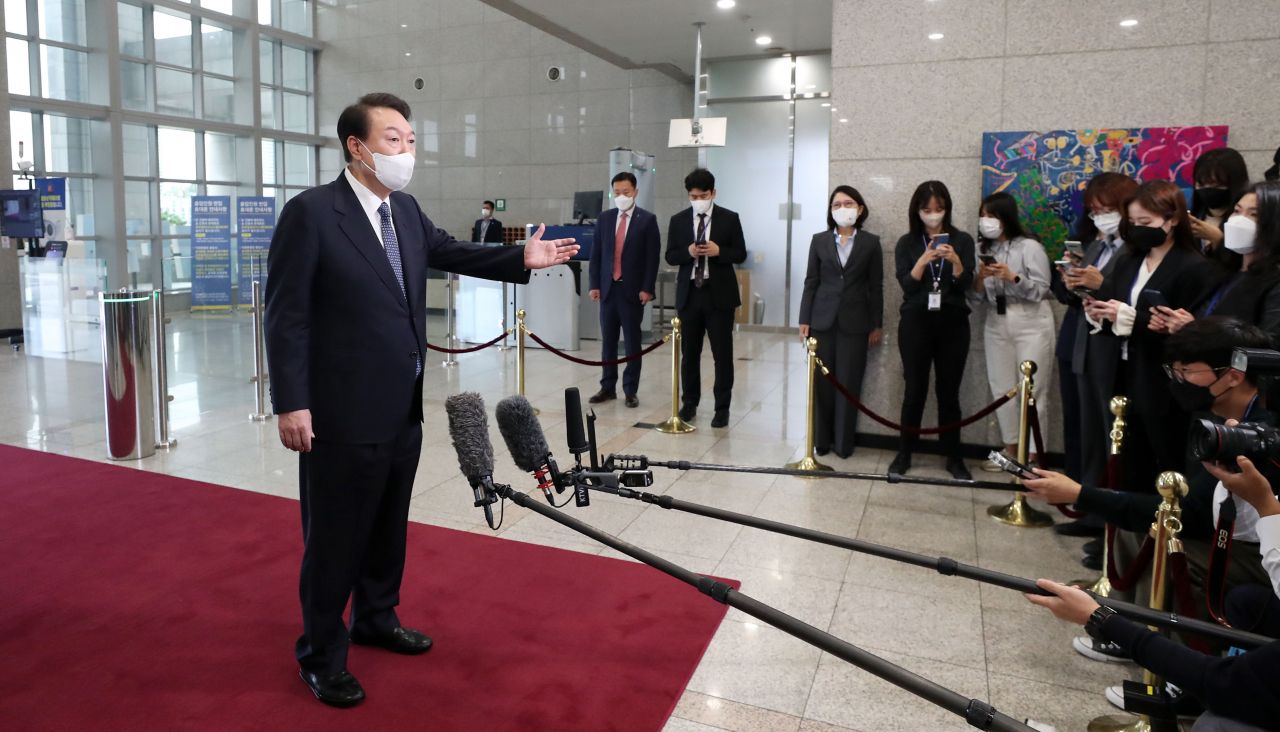 President Yoon Suk-yeol answers reporters' questions while arriving for work at the presidential office in Seoul on Tuesday. (Yonhap)

President Yoon Suk-yeol said Tuesday it was "inappropriate" for him to comment on reports that his predecessor Moon Jae-in objected to the state auditor's questioning of him over North Korea's 2020 slaying of a South Korean fisheries official.

Yoon was responding to reports that Moon balked at a written questionnaire sent by the Board of Audit and Inspection (BAI) to seek clarification on the circumstances that led to the official's death and the then government's conclusion that he had tried to defect to the North.

According to the reports, Moon blasted the BAI's action as "an incredibly disrespectful thing to do."

"The Board of Audit and Inspection is an institution set up under the Constitution and an institution that is operated independently from the presidential office, so I think it's inappropriate for a president to say anything about that," Yoon told reporters when asked to comment on Moon's alleged response.

When asked to comment on the notion that no one is an exception to questioning in the course of determining the truth, Yoon said, "It's a general principle, isn't it?"

The Yoon government has revisited the case of the slain fisheries official amid suspicion the previous Moon administration downplayed the incident in a bid to curry favor with Pyongyang.

The Moon government concluded the official was shot and killed while trying to defect to the North. But the Coast Guard and the military reversed the conclusion in June, saying there was no evidence to suggest such motives. (Yonhap)