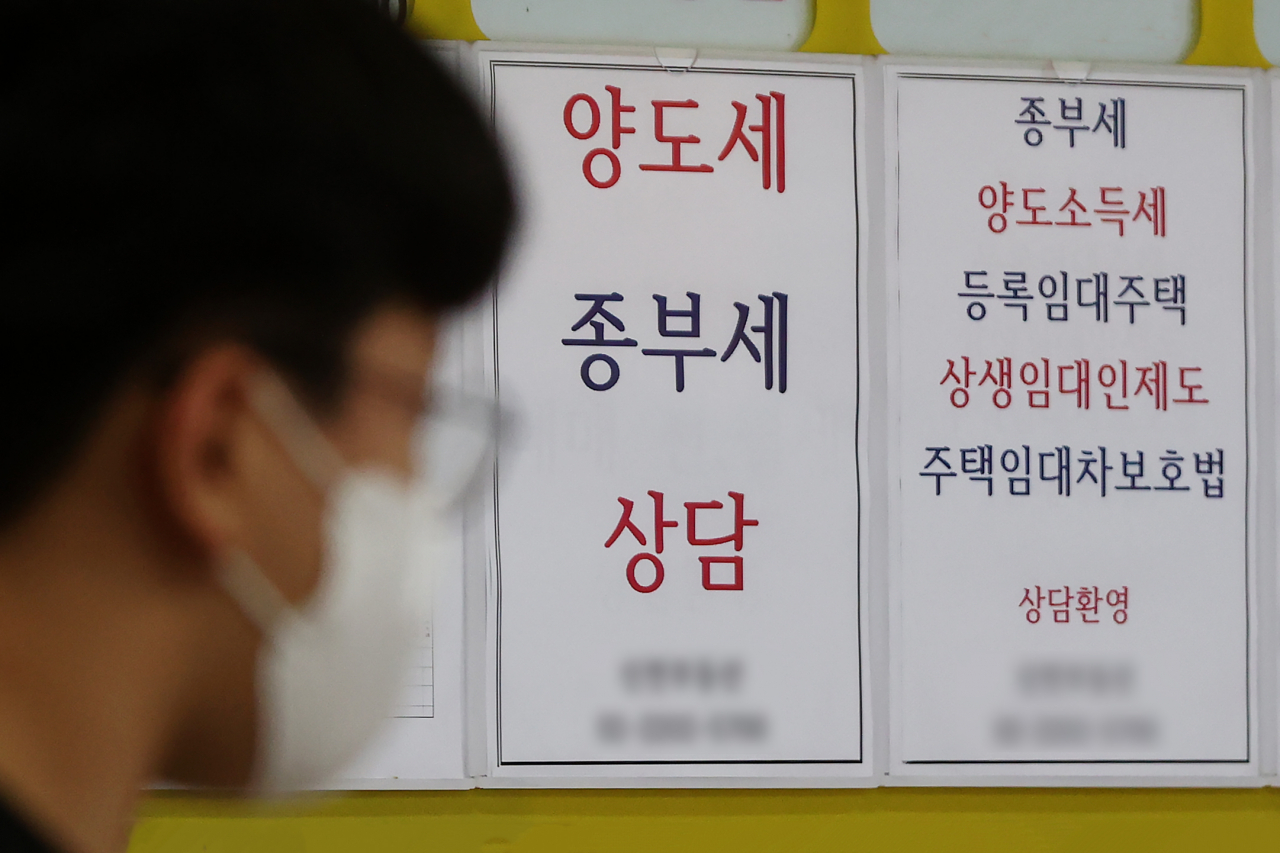 A consulting service notice for transfer tax, comprehensive real estate holding tax and other tax affairs posted on a bulletin board at a real estate agency in Seoul. (Yonhap)

According to a report based on data from the National Tax Service, the total amount of financial gifts transferred to children up to a year old from their grandparents last year jumped approximately threefold compared to 2020.

The case where grandparents who gift financial assets to grandchildren, those who are more than one generation below than that of a transferor, is called a generation-skipping transfer. It can be characterized as one of the ways to reduce taxable income, since it skips the gift tax which would have been imposed on grandparents’ sons and daughters.

Last year, tax imposed on generation-skipping transfers recorded a total of 131.8 billion won. More than half of the transfers were financial gifts to children under the age of 20.

“Although the additional tax rate for generation-skipping transfers was increased, the number of cases where a one-year-old (or younger) grandkid receives financial and real estate assets are growing,” said Rep. Jin Sun-mi of the Democratic Party of Korea, the author of the report. “(The government) should look into applying appropriate taxation for financial gifts.”