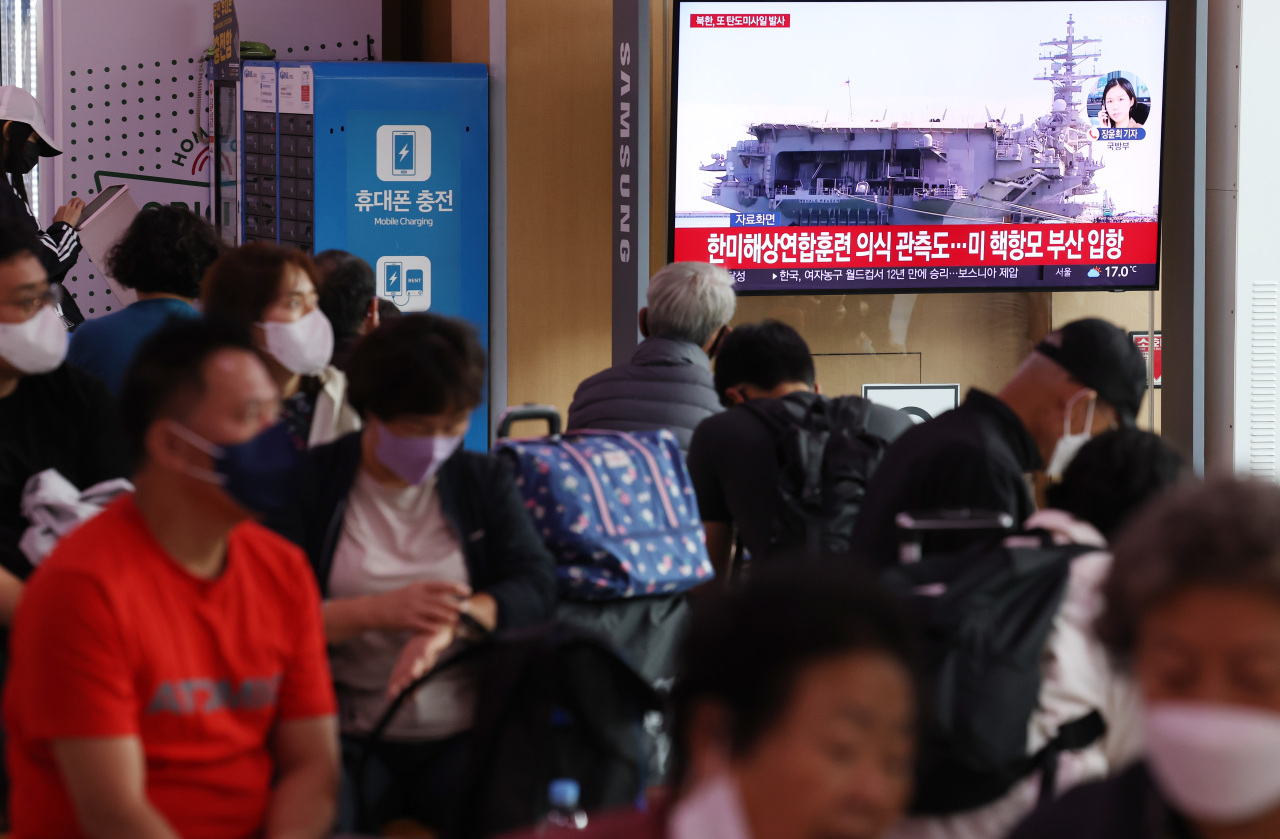 South Korea’s Joint Chiefs of Staff said two short-range ballistic missiles were fired from Sunchon in South Pyongan Province toward the East Sea from 8:48 p.m. to 8:57 p.m. on Thursday.

The short-range ballistic missiles traveled about 350 kilometers at a speed of Mach 5 and an altitude of around 50 km, the JCS said in a statement, adding that South Korean and US intelligence authorities are analyzing the specifications.

The missiles were reportedly fired from a transporter erector launcher and targeted a specific region in the East Sea. The target is believed to be Alsom, a small uninhabited island off the North’s east coast.

The JCS said its chief, Gen. Kim Seung-kyum, and Gen. Paul LaCamera, chief of the United Nations Command and United States Forces Korea, held a virtual meeting and shared their assessment of the situation.

North Korea has launched 36 ballistic missiles so far this year.

North Korea fired a total of five short-range ballistic missiles toward the East Sea in three discrete launches on Sunday, Wednesday and Thursday.

The spate of missile launches seems to be a tit-for-tat action against the US and South Korean alliance’s move to reinforce and demonstrate their deterrence and readiness against North Korean threats through various channels.

South Korea, the US and Japan are also due to stage an anti-submarine warfare exercise in international waters of the East Sea for the first time since April 2017 on Friday. The exercise aims to strengthen combined capabilities and interoperability to counter North Korea’s mounting submarine threats.

The trilateral exercise follows the four-day bilateral naval drills between South Korea and the US.

The South Korean and US navies conducted maritime exercises involving a US aircraft carrier in the East Sea operational area, called the Korea Theater of Operations. They were the first such drills staged in South Korean waters since 2017.

The drills involve the US Navy’s nuclear-powered aircraft carrier USS Ronald Reagan and its carrier strike group, as well as the US nuclear-powered fast attack submarine USS Annapolis.