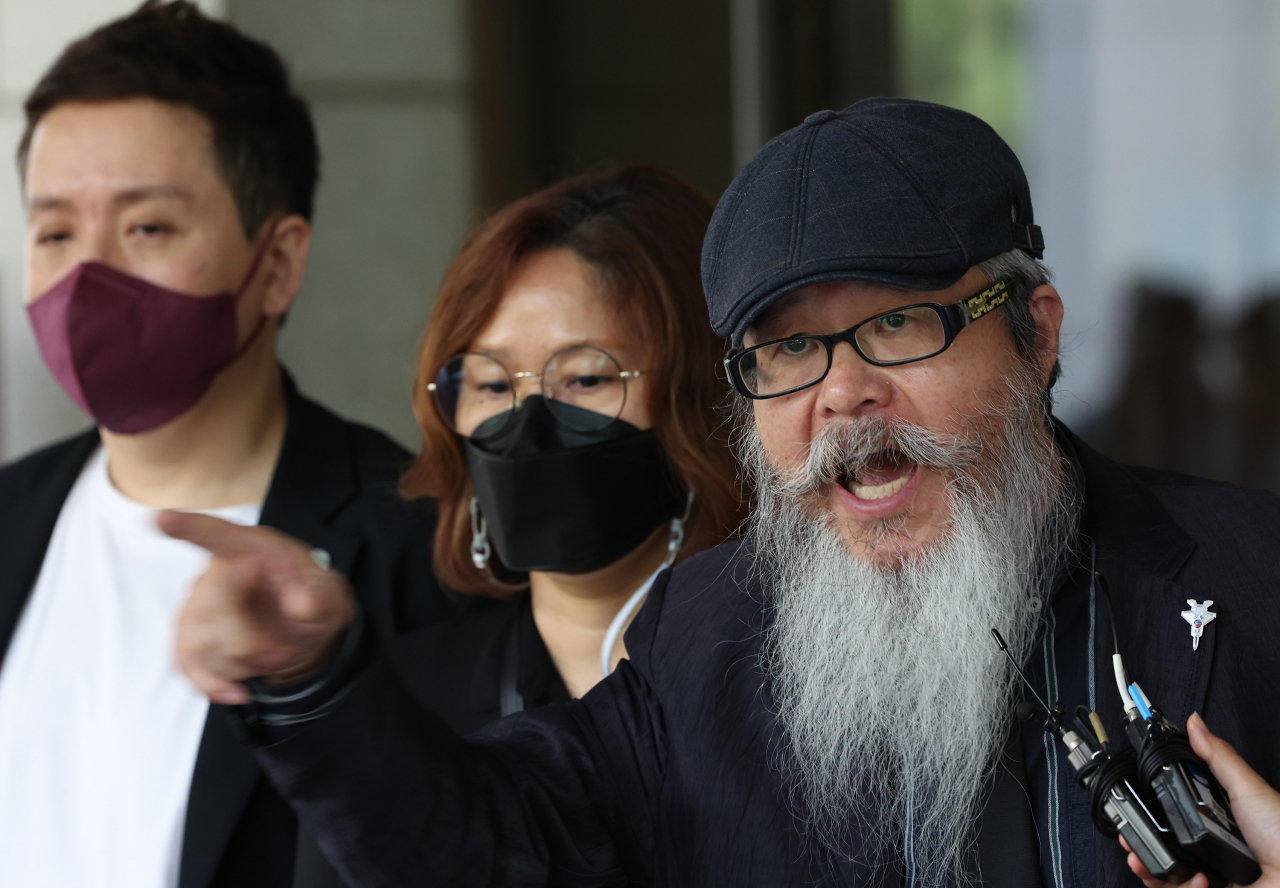 As in the previous two trials, the Supreme Court concluded that the defendant, identified by the surname Chang, was guilty of sexual harassment, but did not acknowledge the other charges of retaliation and intimidation, confirming the seven-year prison sentence of the high court.

Chang was a colleague of the victim, when both were assigned to the Air Force’s 20th fighter wing. Chang sexually harassed Lee on March 2 last year and allegedly coerced her into covering up the case by sending text messages implying that he will commit suicide.

The victim committed suicide on May 21, 2021 after she faced additional victimization from superiors and colleagues.

The military prosecution demanded 15 years in prison for Chang, but the court martial sentenced him to nine years last December, accepting Chang's claim that the text messages he sent to Lee were apology attempts, not threats.

The High Court for Armed Forces reduced Chang’s sentence by another two years, saying that the cause of the victim’s death cannot be considered his sole responsibility. It said that mishandling of the case, along with other sources of severe pressure on the victim, led to her suicide. "The victim was urged to stay silent by her superiors, and was not properly helped. Mental pain such as alienation within the unit led to a vicious cycle of additional victimization," the High Court for Armed Forces stated.

Chang was additionally indicted on Sept. 13 by an independent counsel probe team which investigated the death of late Sgt. Lee. The counsel team indicted Chang for defaming Lee, by spreading rumors that she had made a false report.

The team wrapped up its 100-day investigation on Sept. 13 and handed over several perpetrators in Lee’s additional victimization – including some of her superiors, Air Force headquarters officers and Chang -- to trial.

If you’re thinking about self-harm or suicide, contact the Ministry of Health and Welfare’s helpline 1393, available 24 hours a day, 7 days a week.