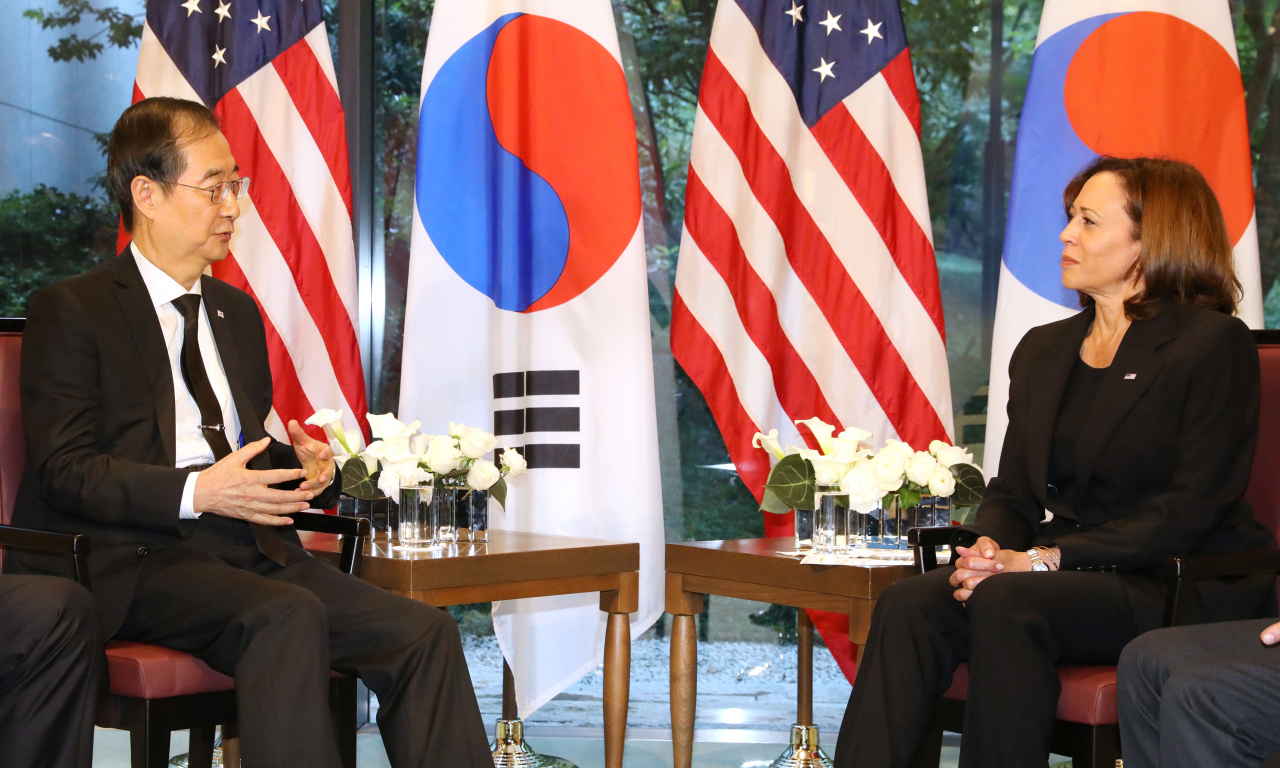 WASHINGTON -- US Vice President Kamala Harris' visit to the Demilitarized Zone (DMZ) will underscore the US' commitment to the defense of South Korea, a senior US official said Tuesday.

The official, who spoke on condition of anonymity, also said the trip had been planned for weeks, despite the sudden announcement of plans this week.

"The key messaging that she's talking about on this trip is how our defense commitments are ironclad," the administration official said of Harris' trip to the DMZ in a press briefing in Tokyo, according to the White House.

"We know there's been a lot of discussions with the Koreans about extended deterrence commitments. And to really put those words into action, we believe it's a powerful signal of that," the official added.

South Korea and the US held their first meeting of the Extended Deterrence Strategy and Consultation Group in nearly five years in Washington earlier this month.

The US vice president is set to arrive in South Korea on Thursday, following her ongoing visit to Japan to attend the funeral of former Japanese Prime Minister Shinzo Abe.

Her planned visit to the DMZ came to light on Tuesday (Seoul time) when she met with the head of South Korea's delegation to Abe's funeral, Prime Minister Han Duck-soo, who said Harris' trip to the heavily-fortified area inside of the four-kilometer wide inter-Korean border will be a "symbolic move" for the Korea-US alliance.

The US administration official said they already had plans to announce Harris' trip to the DMZ when asked if the South Korean prime minister may have overstepped and forced such an announcement.

"We were comfortable with it. We were going, obviously, to announce it soon anyway," the official was quoted as saying.

The official said the vice president's trip to the DMZ will also send a message to South Korea that the US continues to be focused on North Korea while dealing with other major issues.

"I think the vice president showing up there makes very clear to our friends and allies in South Korea that even when there are other threats in the region -- you know, to Taiwan, which is more important, whatever -- we are not losing sight of the fact that the DPRK remains a real threat," the official said, referring to North Korea by its official name, the Democratic People's Republic of Korea.

The administration official explained that the vice president "listened carefully" to Seoul's concerns and that she also explained the US' view that the law benefits not only the US but also other countries, including South Korea.

"What the vice president did was explain our view, which is as follows: that this law is really a good thing for Americans, the world, and the planet, in terms of what it does for clean energy and climate," the official said.

"We think that the South Koreans and all of our partners in this region and beyond recognize that, so it's a hugely important step on the climate front and dealing with the climate crisis," the official added.

Still, the official noted the vice president has reaffirmed the US' commitment to addressing the issue.

"All I can say is that we listen carefully, because it's such a close and important ally; we take the concern seriously; and we pledged to put our experts together to work on the issue," the official said. (Yonhap)