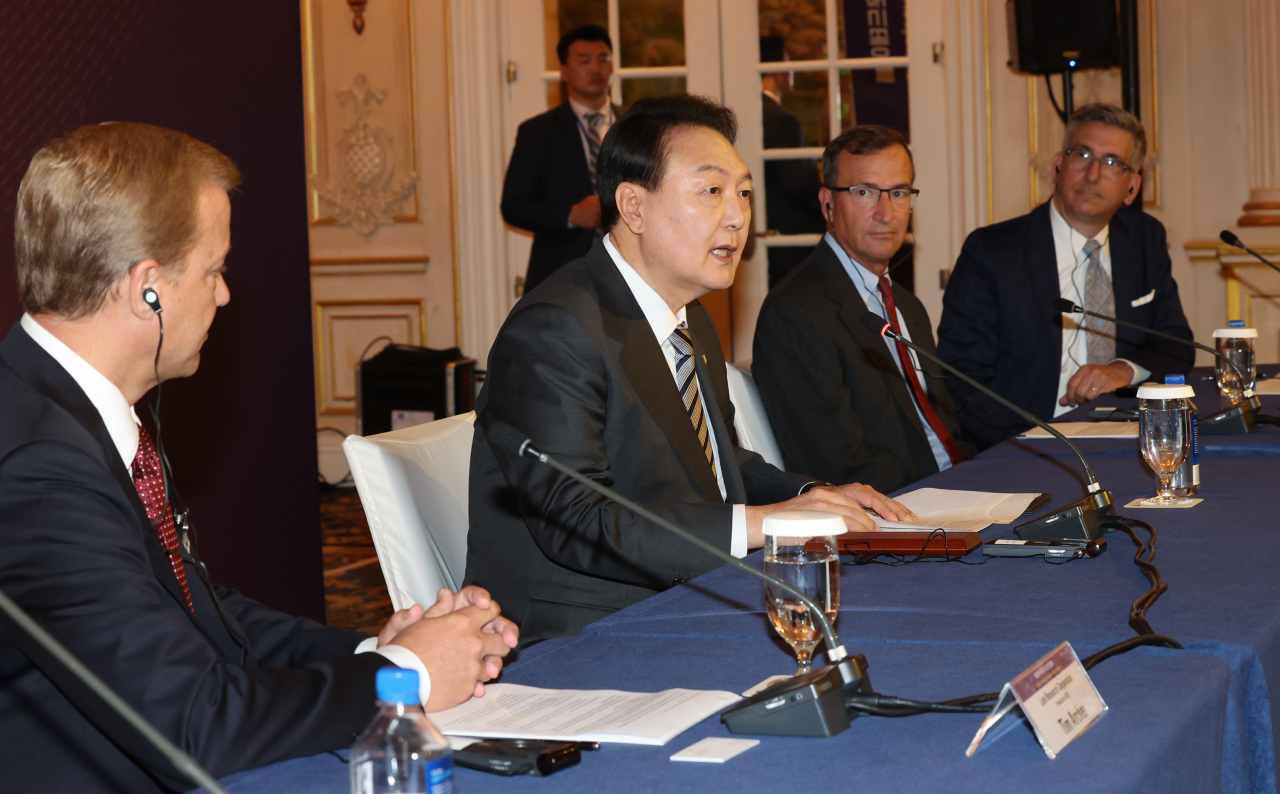 Investment proposals were made at an investors' roundtable held in Manhattan on Thursday, local time, attended by President Yoon and Industry Minister Lee Chang-yang, officials said. Most of the investors were from the fields of semiconductors, electric vehicles, secondary batteries and renewable energy businesses.

Applied Materials expressed its willingness to establish a research and development center for semiconductor equipment in Korea while Dupont and Entegris submitted a proposal to expand their R＆D centers for semiconductor materials.

BorgWarner has decided to expand its R＆D center to develop motors for electric vehicles and hybrid cars. Solid Energy System said it would set up a R＆D center as well for next-generation EV battery.