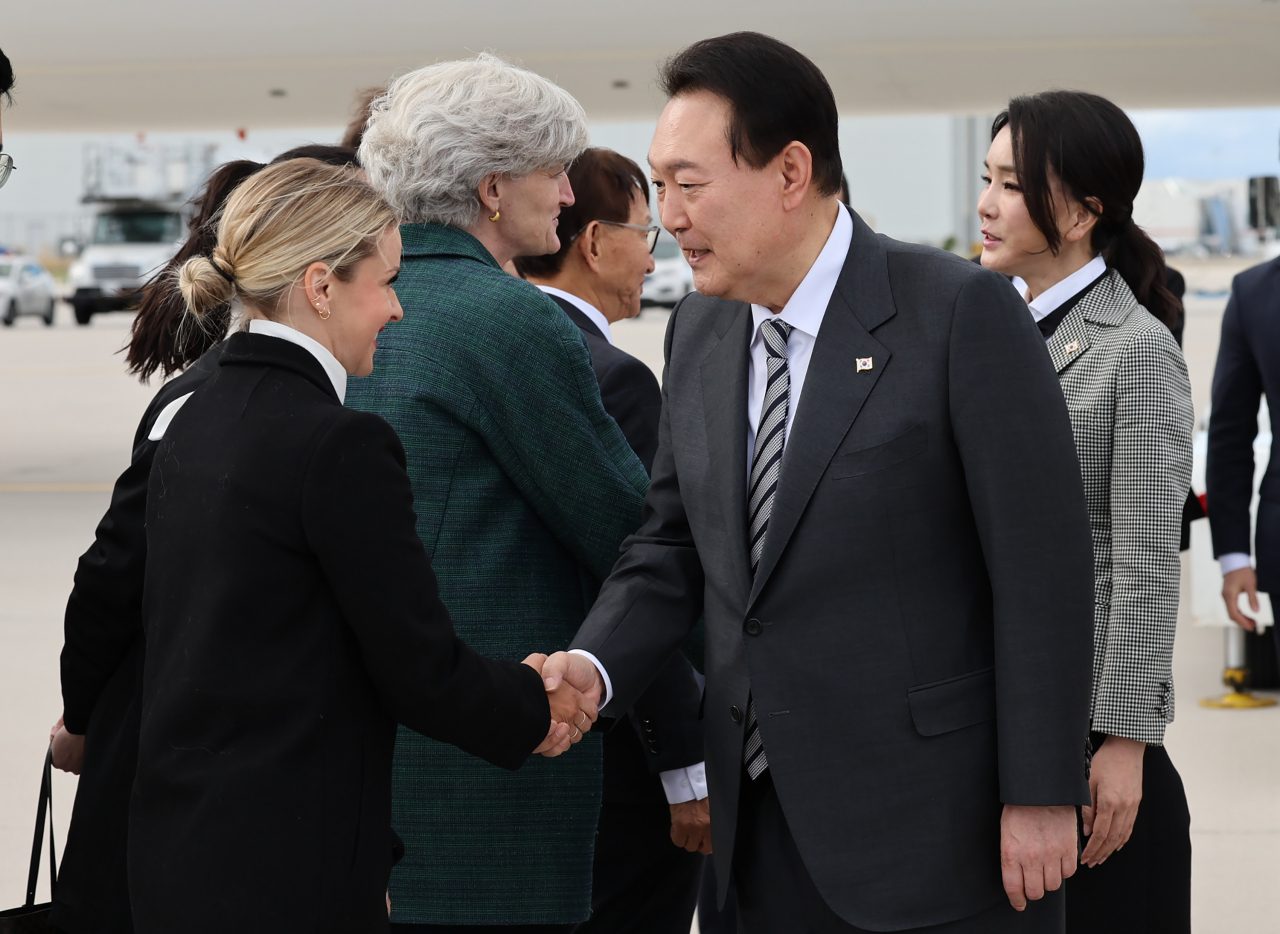 President Yoon Suk-yeol is scheduled to hold a summit with Canadian Prime Minister Justin Trudeau on Friday in Ottawa, Canada, during the last stop of his five-night, seven-day trip, with a focus on strengthening economic cooperation.

The bilateral summit is the first since President Yoon's inauguration at the North Atlantic Treaty Organization summit in Madrid, Spain, in late June.

The two countries' leaders will discuss ways to strengthen economic cooperation, including key mineral supply chains and artificial intelligence, and enhance bilateral cooperation on the North Korean nuclear issue. It is also expected that the agenda of the talks will include expanding human exchanges between Korea and Canada.

The two leaders will also discuss practical ways to strengthen their strategic partnership further to mark the 60th anniversary of diplomatic ties next year.

President Yoon left New York on Thursday afternoon and arrived in Toronto, Canada. He met with experts such as Geoffrey Hinton, a master of AI at the University of Toronto, to discuss ways to cooperate on AI technology.

Canada is considered a leading country in the field of artificial intelligence.