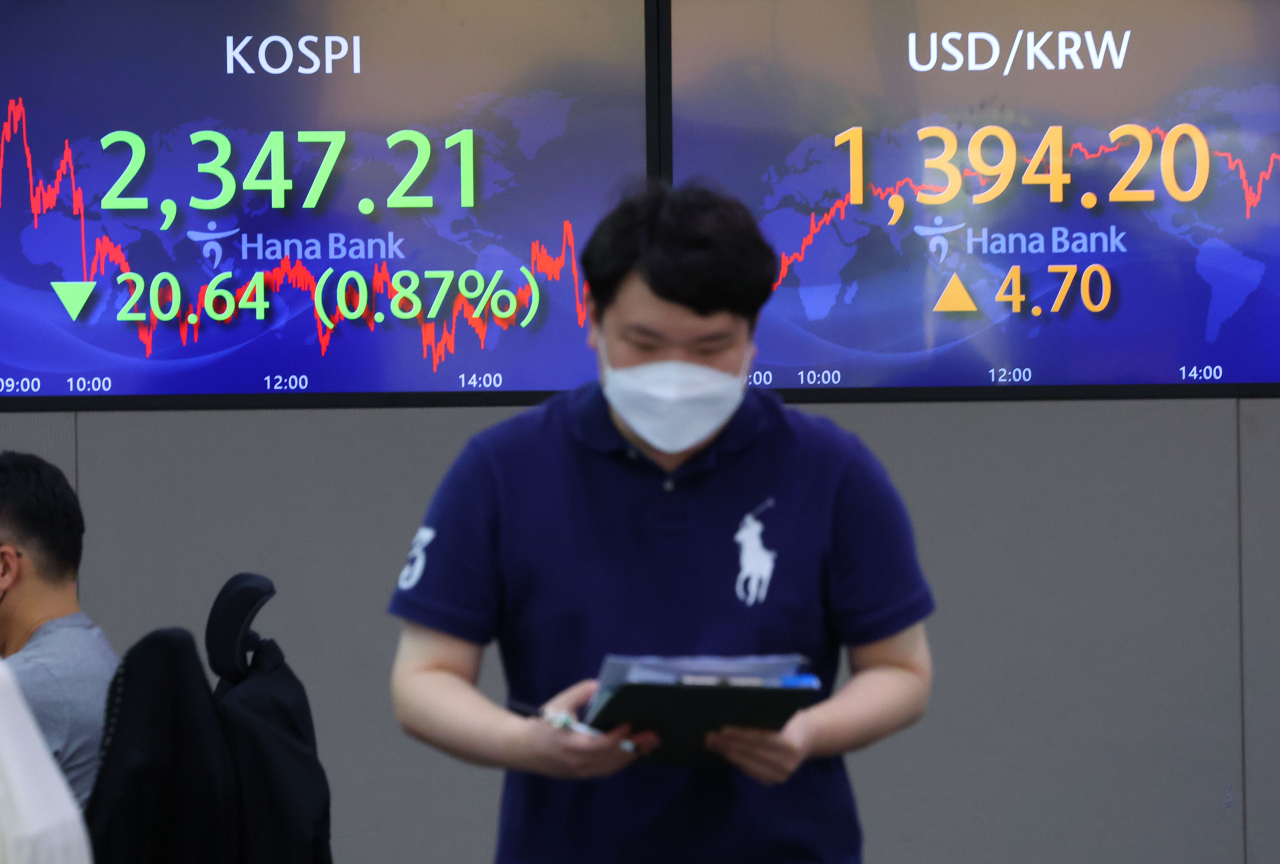 This photo, taken Wednesday shows stock and currency movements depicted on an electronic signboard at a Hana Bank dealing room in Seoul. (Yonhap)

The South Korean currency on Thursday sank below the 1,400 mark against the US dollar for the first time in more than 13 years during its intraday trading following the Federal Reserve's rate hike.

The won had fallen through the 1,400 mark for the first time since March 31, 2009, when the local currency hit 1,422 won per the greenback in its intraday trade.

The won's slide came as the dollar rallied following the Fed's decision to raise its target interest rate by 75 basis points for a third straight time.

The US central bank on Wednesday (US time) hiked the federal funds rate to a range of 3-3.25 percent, the highest since 2008, and hinted at further large hikes, leaving open the possibility of another 75 basis point increase this year.

Fed Chair Jerome Powell voiced a hawkish policy stance, saying the Fed is "strongly resolved" to tame inflation and would "keep at it until the job is done. (Yonhap)