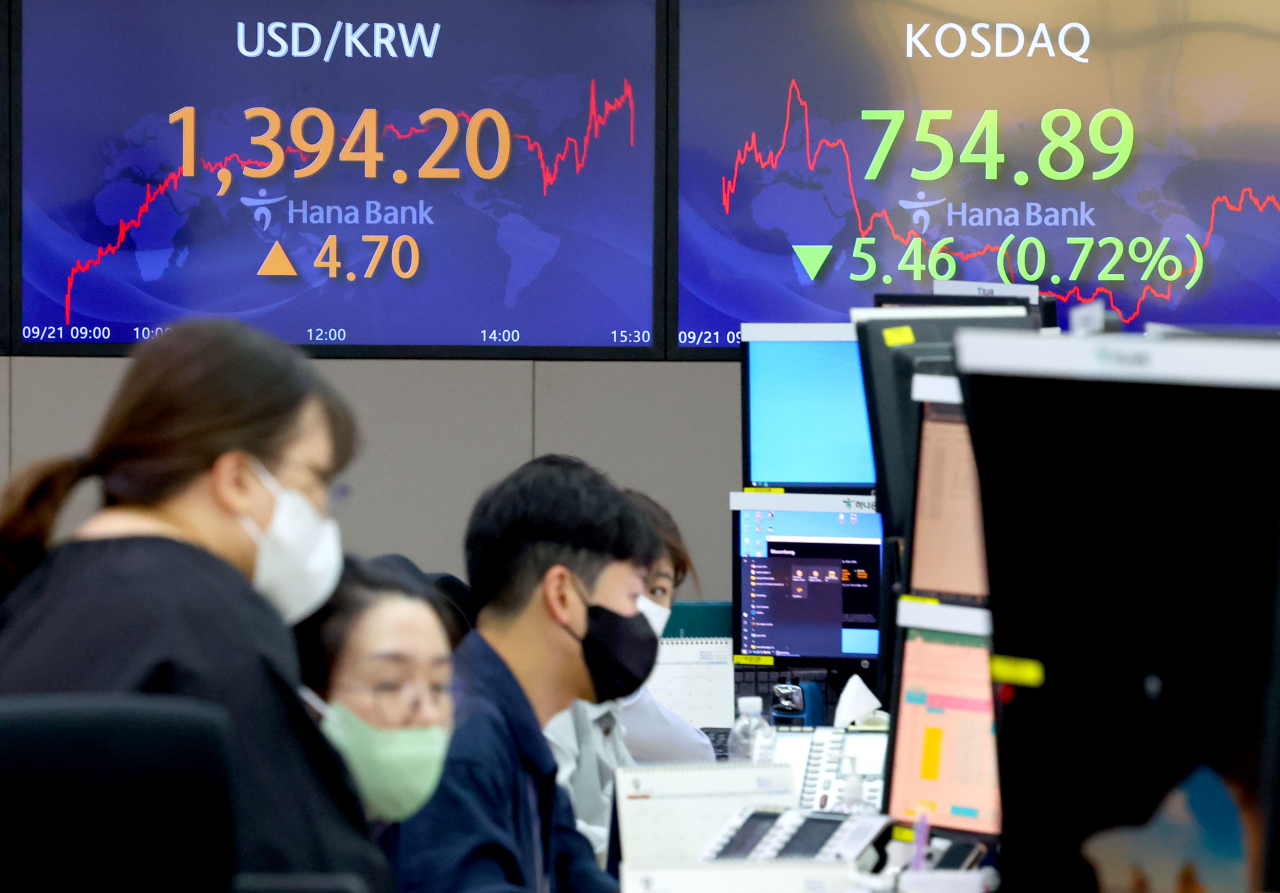 South Korean stocks slipped back into negative territory again Wednesday, as investors took to the sidelines ahead of a widely expected sharp rate hike by the Federal Reserve. The Korean won fell against the dollar.

"Today's losses came as investors refrained from buying risky assets as they keep an eye on the results of the Fed's policy meeting," analyst Han Ji-young from Kiwoom Securities said.

The stock market could tumble sharply if the Fed delivers a higher-than-expected rate forecast through the end of 2025. The Fed is scheduled to announce its rate decision on Wednesday (US time).

"This year and next year's top-line figures will be important. A figure over 4.5 could send shock waves into the local stock market," analyst Kim Dae-jun of Korea Investment & Securities said.

In Seoul, large-cap shares traded lower across the board.

Major shipbuilder Daewoo Shipbuilding & Marine Engineering jumped 8.93 percent to 21,350 won amid heightened anticipation that the company's privatization would gather steam down the road.

The local currency ended at 1,394.2 won against the US dollar, down 4.7 won from Tuesday session's close. (Yonhap)