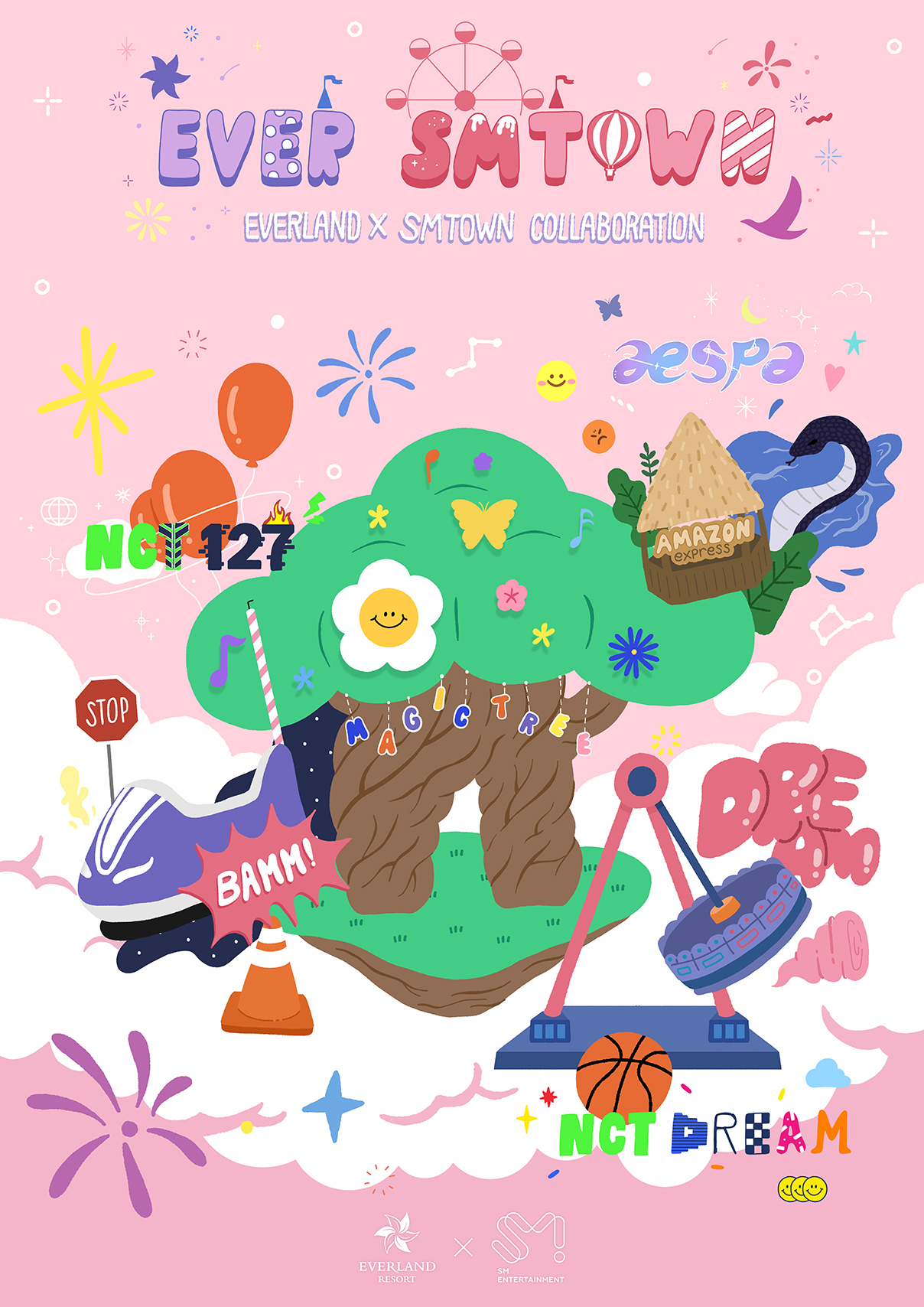 Leading K-pop agency SM Entertainment said on Wednesday it has signed a memorandum of understanding with Everland, South Korea’s largest outdoor amusement park, to create a zone where parkgoers and fans of artists affiliated with SM can have fun.

Under the joint partnership, the two companies will launch “Ever SM Town” to create various experience content combining “SM Culture Universe,” also known as “Kwangya,” which is a shared universe for the K-pop powerhouse’s artists, at the theme park.

Near popular attractions at Everland, such as Hurricane, Amazon Express and Music Garden, the project will introduce SM’s unique universe utilizing digital technologies, including augmented reality, video and photo zones, starting next month.

Everland’s bumper car rides will also be wrapped with the names of the bandmates of NCT 127. On Friday, the boy band released its fourth full-length album, “2 Baddies,” which features a street-racing concept.

In addition to mapping out the SMCU-themed experience zone, the two firms are planning on rolling out more experiential content using the intellectual properties of SM artists, including NCT Dream and aespa, the K-pop agency said.