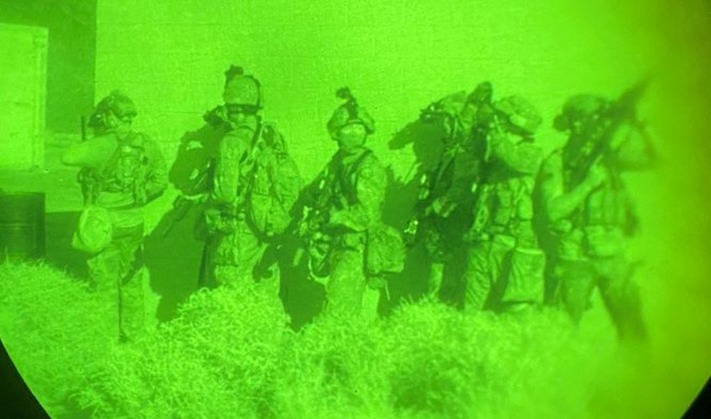 Republic of Korea Army soldiers participate in urban warfare training during nighttime at the National Training Center in Fort Irwin, California, as part of a joint training mission with the US Army. (Courtesy photo -8th Army)
South Korean soldiers conducted combined training with their American fellows at a key training center in California earlier this month, the U.S. military said Tuesday, amid the allies' stepped-up move to sharpen deterrence against North Korean threats.

The Army soldiers completed the training program at the National Training Center as part of efforts to improve "warfighting" capabilities and "interoperability" among the allied forces, according to the Eight Army.

The training came as Seoul and Washington are moving to intensify their combined military drills amid persistent concerns about the possibility of Pyongyang engaging in provocative acts, like a nuclear test.