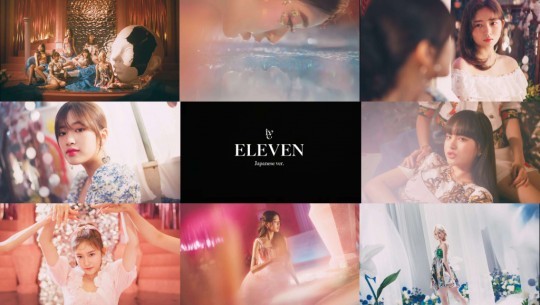 The six-member band released a Japanese-language version of debut song “Eleven” in advance on the day, debuting at No. 16 on Line Music’s daily chart.

The girl group stormed through major charts with the debut single in December last year and picked up 13 trophies on TV music chart shows. It had generated 100 million streams on Spotify as of last week and the music video surpassed 150 million views on YouTube.

Prior to the debut, the bandmates will be featured on NHK’s special program “Songs + Plus” next month.

Ive dropped its third single, “After Like,” last month, which became its first million-seller.

Kwon Eunbi to return next month with 3rd EP 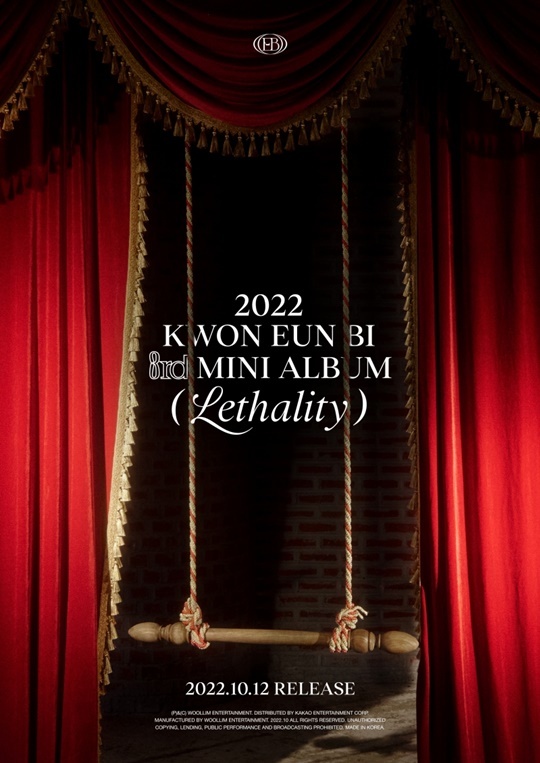 The news of the EP “Lethality” came with a mysterious poster that showed a wooden swing hanging behind thick red curtains. The EP comes about six months after her previous EP, “Color.”

Separately, the former leader of the now-disbanded IZ*ONE announced earlier this month that she will be hosting her first fan meeting event in Japan Rubi’s Room in Osaka and Tokyo, on Oct. 30 and Nov. 3, respectively. Rubi is the name of her official fandom community.

Kwon debuted as a solo musician in August last year with the EP “Open” and held a standalone concert in Seoul in June. She was the first to strike out on her own from the group. 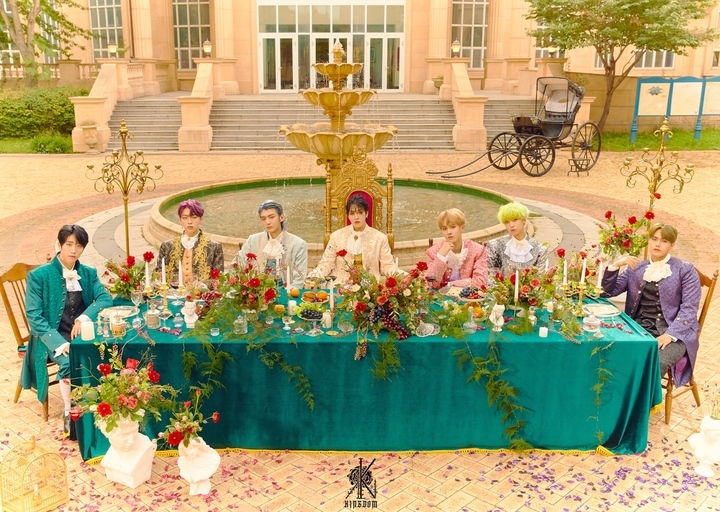 Boy band Kingdom will greet fans in person for the first time to mark the release of its fifth EP, said agency GF Entertainment on Tuesday.

The seven bandmates will hold their first offline showcase on Oct. 5 in Seoul. They are preparing an event full of special performances, according to the company, and the event will be broadcast online as well.

The band will put out the “History of Kingdom: Part V. Louis” EP the same day. It will be the first album to include Hwon, who joined last month, about three months after Chiwoo left the seven-piece act for personal reasons.

Kingdom debuted in February last year with “History of Kingdom: Part 1. Arthur.” The band has been building up its narrative with an eight-part series, one EP each devoted to the bandmates and the final for the whole group.

BTS’ Busan concert to be livestreamed for free in 8 languages 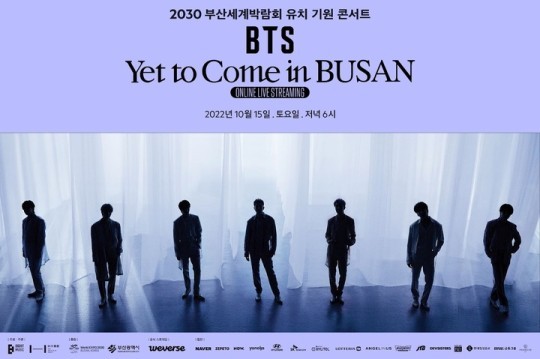 The upcoming BTS concert in Busan will not only be broadcast online for free, but also will have interpretation services in eight languages.

Weverse, the official streaming platform for the "BTS Yet To Come in Busan" concert said on Tuesday that it will offer Spanish, Indonesian, Vietnamese and Thai language support, in addition to Korean, English, Chinese and Japanese, so that more fans will be able to enjoy the event.

The concert is being held on Oct. 15 to promote the port city as the best candidate to host the World Expo. It will be the septet’s first gig as a full group since it put on hold all group activities in June.

In the meantime, the boy band's anthology album “Proof” has stayed on the Billboard 200 for 13 weeks in a row.