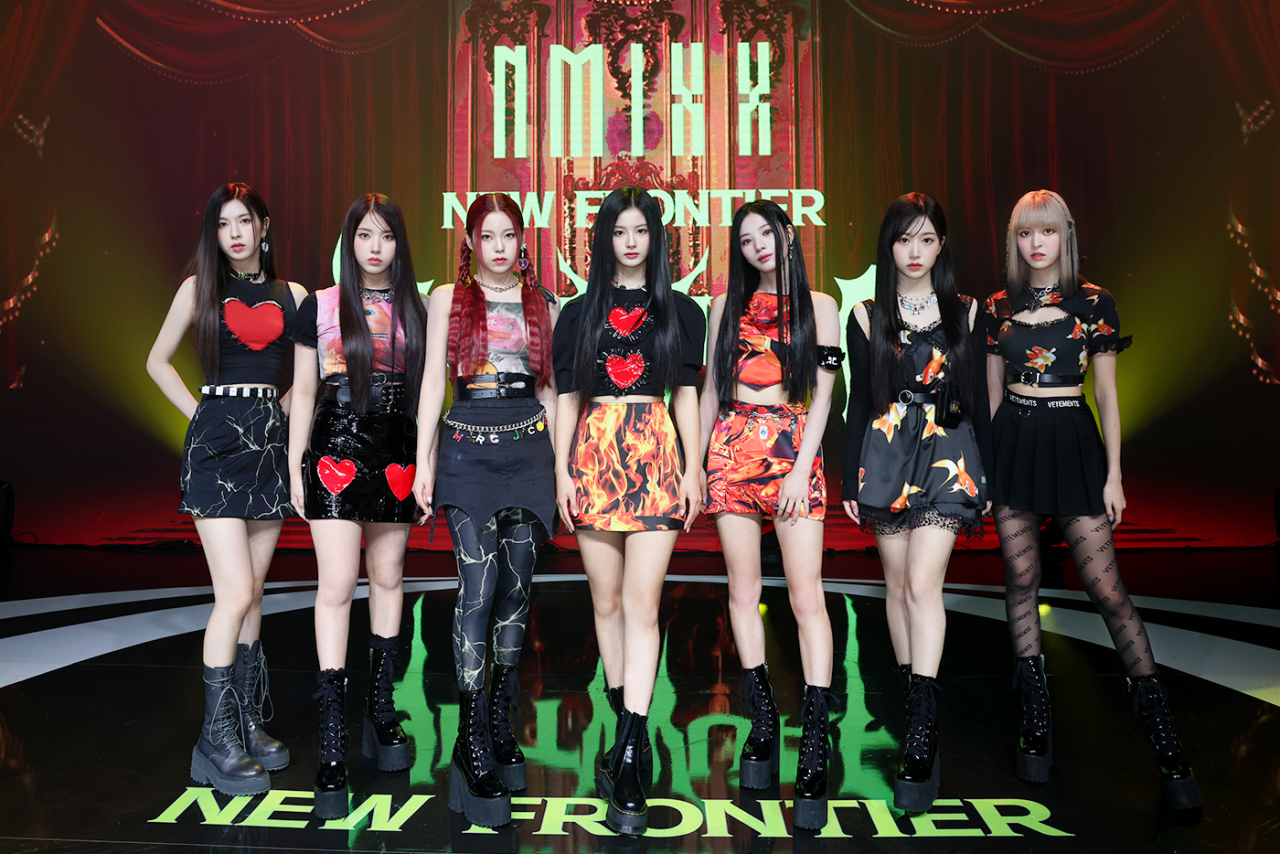 This marks a return for the act since it threw its hat into the ring with its debut single “Ad Mare” on Feb. 22.

The band’s latest musical project is a follow-up to its debut single. The title of the seven-member act’s debut album translates into “to the sea” in Latin, which is synonymous with a place where the bandmates have dreamed of. And by debuting, the seven girls aim to march to that place.

NMIXX brought its universe in “ENTWURF,” which translates into “design” or “draft” in German. The seven members run to the world they’ve yearned for but come across a mysterious nemesis. And in the latest single, the rookie band unfolds how they eventually overcome the difficulties they must tackle and arrive in Mixxtopia.

During Monday’s press conference, leader Hae-won gushed about the band’s latest single, saying NMIXX has matured compared to its debut. She added that the album contains the band’s ambition and hopes to create its own destiny after encountering several difficulties.

“After ending the promotions and activities for our debut single, we took the time to recharge to show the best side of us. We needed time to hone the best tune and performance, which is why it took us seven months, now that we look back. The quality of our single has matured, and I’m confident about that,” she added.

Leading the album is the title track “Dice,” which is a mixx pop genre, a coined term of the band’s name and pop. It’s a genre of NMIXX’s own where fans and music listeners can feel the charms of two or more genres infused into the song.

“We’re trying to enter a new world, but an enemy is waiting for us. Meeting the enemy is the difficulty we confront, and we likened that to a dice game. The enemy will try to play with us, but don’t fall to that trick is the message that lies in ‘Dice,’” Jinni said.

Lily chimed in, saying that the title track starts with a frenzied trap sound and later changes by giving an ethereal vibe. She went on to say that the part where the tune changes to hip-hop as the rap part appears is what fans and music listeners should pay careful attention to.

“We tried to infuse more hip-hop ambiance in the new song, which is also what we paid most attention to while preparing for the new single,” Lily added.

With “Dice” at the helm, other songs that round out the album are "Cool (Your rainbow)" and the instrumental version of the two tracks. 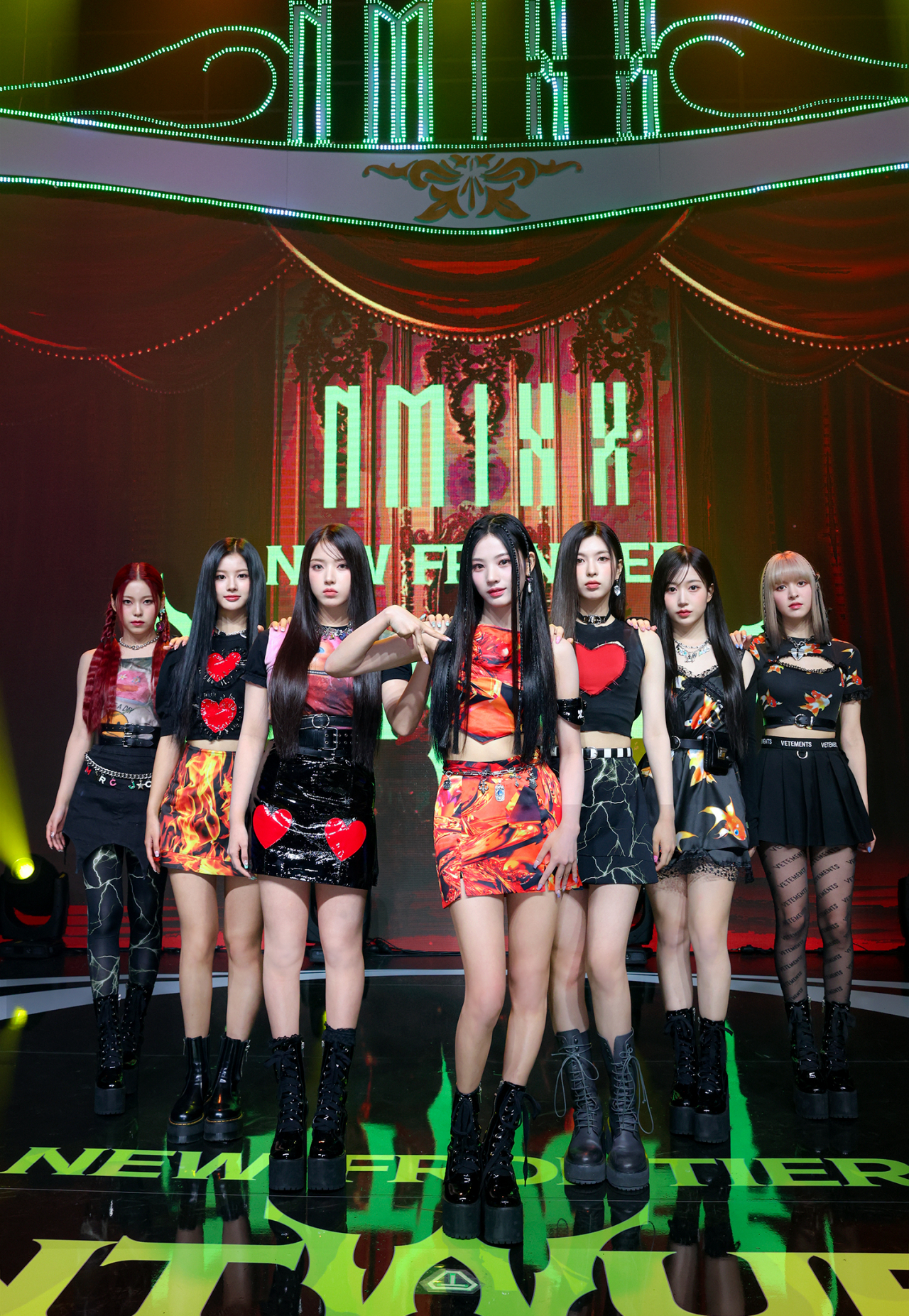 Hae-won shared her first impression of the song, saying she knew this had to be the lead track and that she immediately gravitated toward the tune.

“The intro of the song captivated our eyes with its powerful beats. How can it be? This popped into my mind, and I hope our new music will land well with listeners.”

“Mixxpop could not be a genre that’s easy on the ear. I’m sure some people haven’t heard our song before, but there’s not a single person who has listened to our song only once. There are barriers to entry into our musical genre, but you’ll like it if you listen to it five times,” Sull-yoon grinned.

At the end of the event, Hae-won expressed her excitement about being able to meet fans in person through the promotion.

“I’m beyond happy that we can return the energy fans gave us when we made our debut. Apart from our performance and music, there is much content that is on its way as well. Now, we’re ready to throw the dice in our hands,” she added.