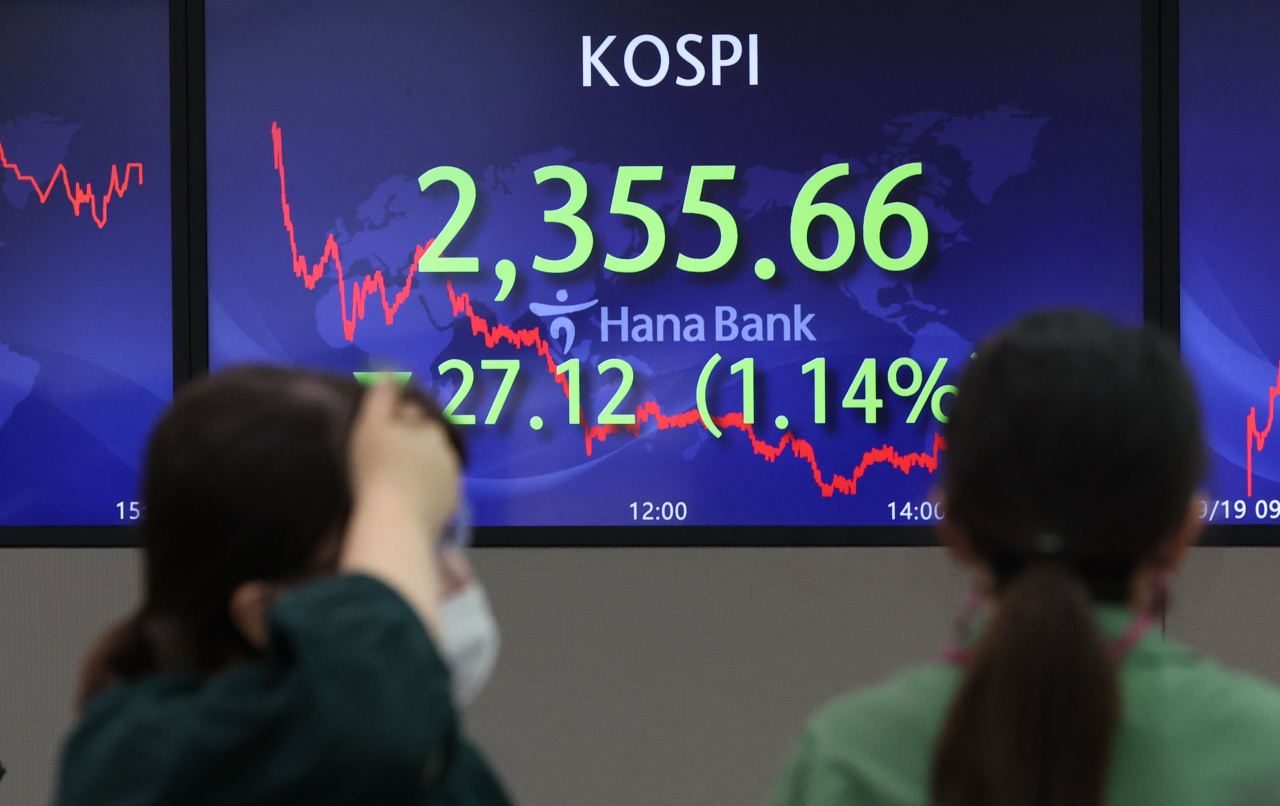 South Korean stocks dipped by more than 1 percent on Monday to extend their losing streak to a fourth day as market sentiment was dampened by the prospect of another sharp rate hike this week by the US Fed.

The Korean won fell sharply against the US dollar.

The US Fed is set to hold a two-day policy meeting on Tuesday (US time).

"As the aftermath of the August US CPI (consumer price index) persists, investors are wary that the Fed could deliver a sharper-than-expected rate hike this week," said Jeong Tae-hyun, an analyst at Cape Investment & Securities Co.

Some experts predict that the Fed may jack up its base rate by up to a full percentage point, sharper than earlier expected 75-basis point.

The local currency continued to remain weak, closing at 1,398.6 won against the dollar, down 5.6 won from the previous session's close. (Yonhap)