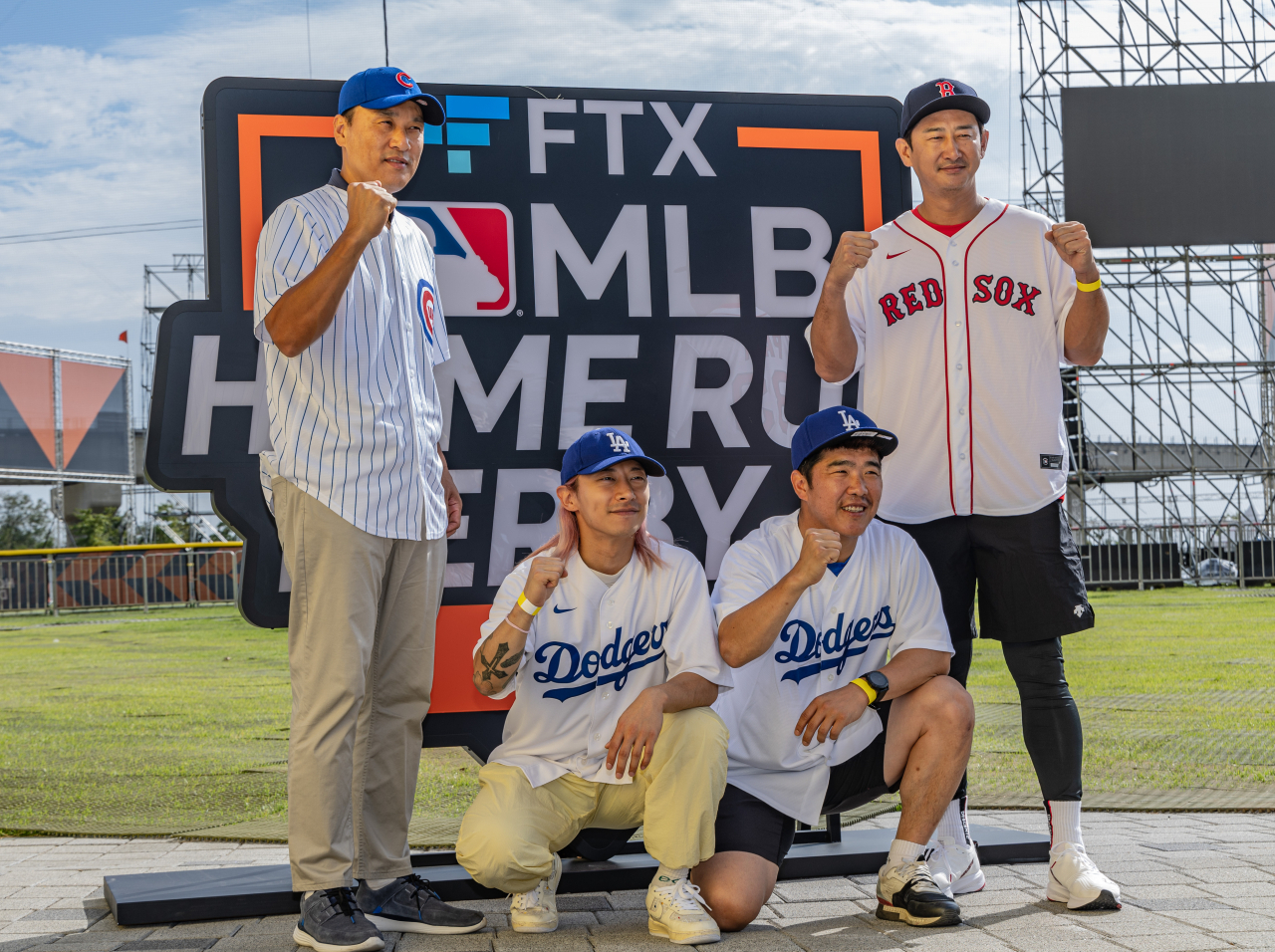 When he is not analyzing KBO games in the broadcast booth, Lee is acting as a manager for a team on a popular baseball reality show, leading a team of retired players against high school and college stars.

"We don't want to take it easy on anyone. I keep telling guys that we have to take every game seriously to send the right message to young amateurs," Lee said in a group interview Friday in Incheon, just west of Seoul, as he was gearing up for the FTX MLB Home Run Derby X. "And I am still a baseball guy through and through. I may not be playing professionally any more, but I still love the game so much. I make sure to go watch games in person whenever I have a chance."

Lee, who has the most career home runs in KBO history with 467, said being involved in a wide range of activities has broadened his perspective on baseball.

"I am having so much fun every day," Lee said. "While I was a player, I only thought about winning. Now, I am able to see the bigger picture. I am willing to do anything I can to help baseball in Korea."

Park Yong-taik, another home run derby participant, said he has reached a crossroads two years into his retirement, trying to decide on his next step.

The all-time KBO hits king with 2,504, Park has made a successful transition into broadcasting. The 43-year-old was an immensely quotable player during his 19-year career with the LG Twins and has quickly emerged as an articulate analyst equally well versed in advanced statistics and old school baseball. Park even hosts a KBO nightly highlight program, and he is as smooth behind the mic as he was with his swing.

Lately, though, Park has been contemplating joining some of his contemporaries in the coaching ranks.

"Last year, I just wanted to have fun doing things I'd long wanted to do," Park said. "And now, I've been putting a lot of thought into coaching. Frankly, coaching in professional baseball is an incredibly hard job."

If not coaching, Park may move into the front office. He said he had as much interest in sports administration as in coaching and added, "I want to study sports marketing, too."

Former second baseman Jeong Keun-woo, who also retired after the 2020 season, remains involved in the game. He pens an online baseball column and is a frequent guest on a number of baseball YouTube channels. But nothing makes Jeong happier than the time spent with his family.

The doting father of two sons and a daughter is also trying to do his part to keep things tidy at home. His daughter is a budding figure skater, and Jeong's wife drives her to and from practices and competitions. It's up to Jeong to take care of his two boys, aged 15 and 13.

"They're going to need their father around," Jeong said. "I'd be lying if I said I hadn't given any thought to coaching. But it's all about timing. Right now, spending time with family and being happy is more important to me. I may end up coaching eventually, but I am going to have to discuss that with my family first." (Yonhap)