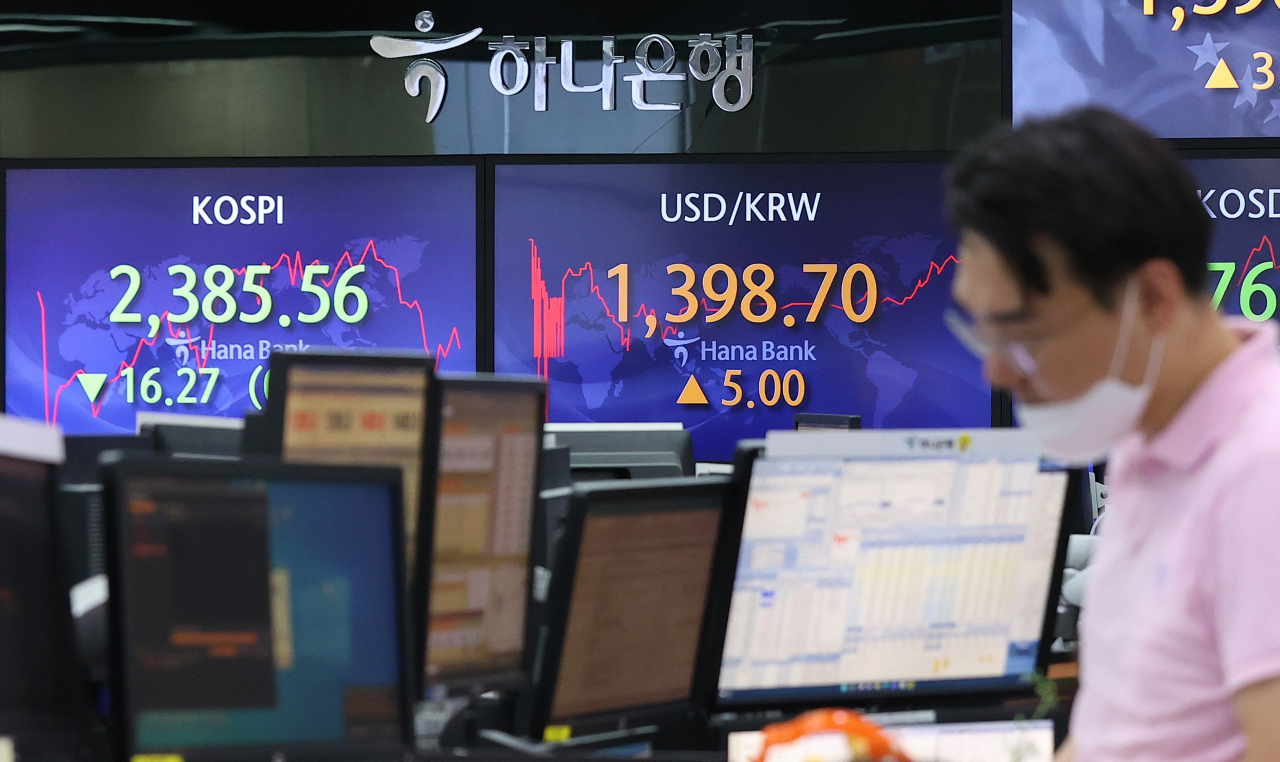 South Korea's currency fell to a new yearly low in intraday trading Friday amid worries the US Federal Reserve will continue monetary tightening to tame inflation and its negative impact on the global economy.

The won has depreciated at a fast pace in the last few days after recent US data pointed to a continued rise in inflation, causing investors to believe the Fed will continue its aggressive monetary tightening down the road.

Market watchers also expect the US central bank will likely deliver at least a 75 basis point rate hike next week following raises in June and July.

The won has been under downward pressure as the dollar gained ground against major currencies amid the Fed's monetary tightening and growing worries over an economic recession in the United States that prompted investors to avoid risks and buy dollars seen as safe assets.

The won has lost about 15 percent against the dollar so far this year.

The won's decline is feared to hamper the Seoul government's efforts to keep a lid on fast-rising inflation driven by high energy and commodity prices as the fall could make imports more expensive.

It also could augment the Bank of Korea's case for continued rate hikes to rein in inflation. The central bank has hiked its policy rate seven times by a combined 2 percentage points since August last year, including the latest 0.25 percentage-point rise last month.

The won's slide came as the country's economy is faced with growing uncertainty with its exports growing at a slower pace and its trade deficit widening amid worries over a global economic slowdown. (Yonhap)