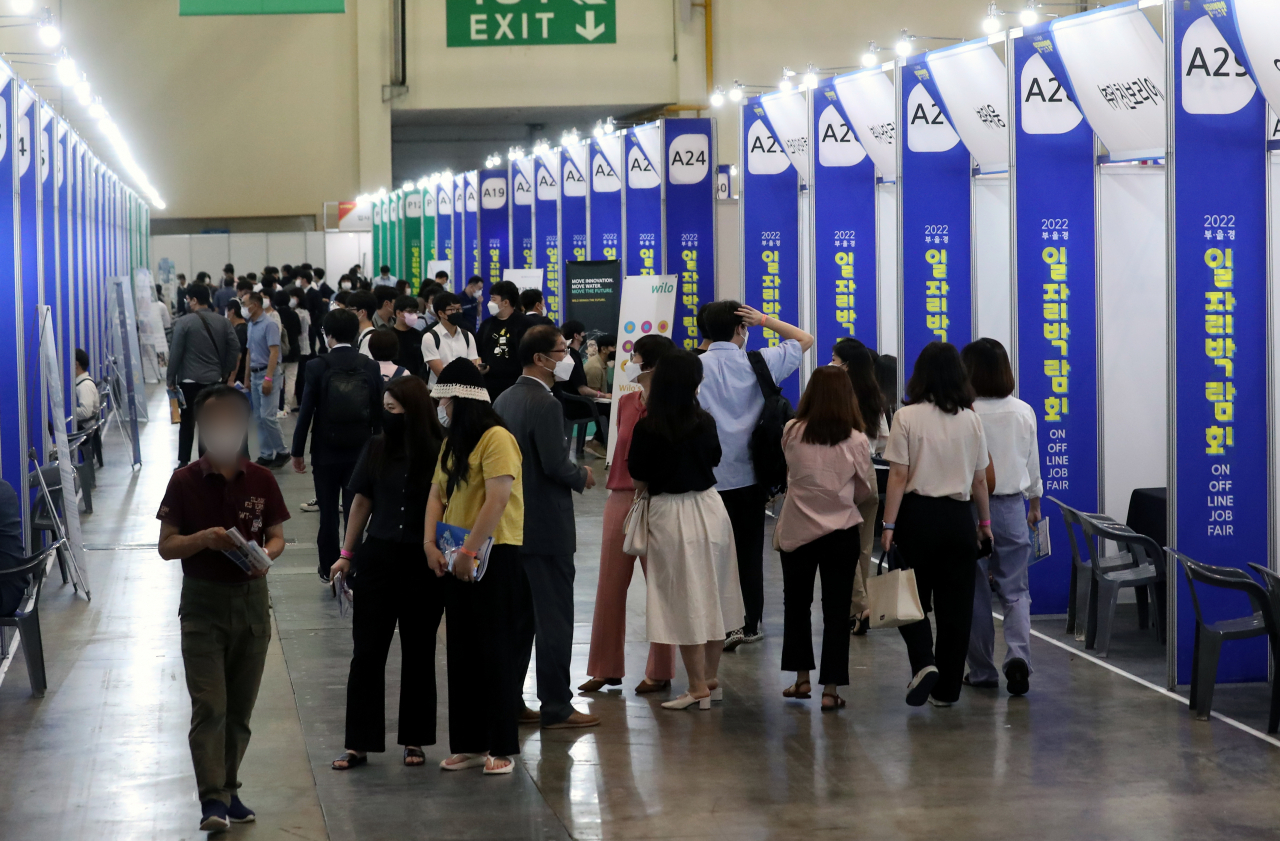 This file photo, taken Aug. 30, 2022, shows people crowded at a job fair in the southern city of Busan. (Yonhap)

South Korea's unemployment rate hit an all-time low last month, but the pace of job growth slowed down for the third month in a row amid economic uncertainties, data showed Friday.

The number of employed people stood at 28.41 million in August, up 807,000 from a year earlier, according to the data compiled by Statistics Korea.

It is the highest on-year rise for any August since 2000, when the country added 848,000 jobs from the previous year.

The country's job market has improved markedly after being hit by the COVID-19 pandemic, with the number of employed people constantly rising since March last year.

The country's jobless rate fell 0.5 percentage point on-year to 2.1 percent in August, the lowest level since the statistics agency adopted the current data compiling methods to analyze the job market in 1999.

The slowdown in the job growth came as South Korea is facing multiple economic challenges, such as high inflation and slowing growth, amid external uncertainties over the ongoing Russia-Ukraine War and global monetary tightening. (Yonhap)