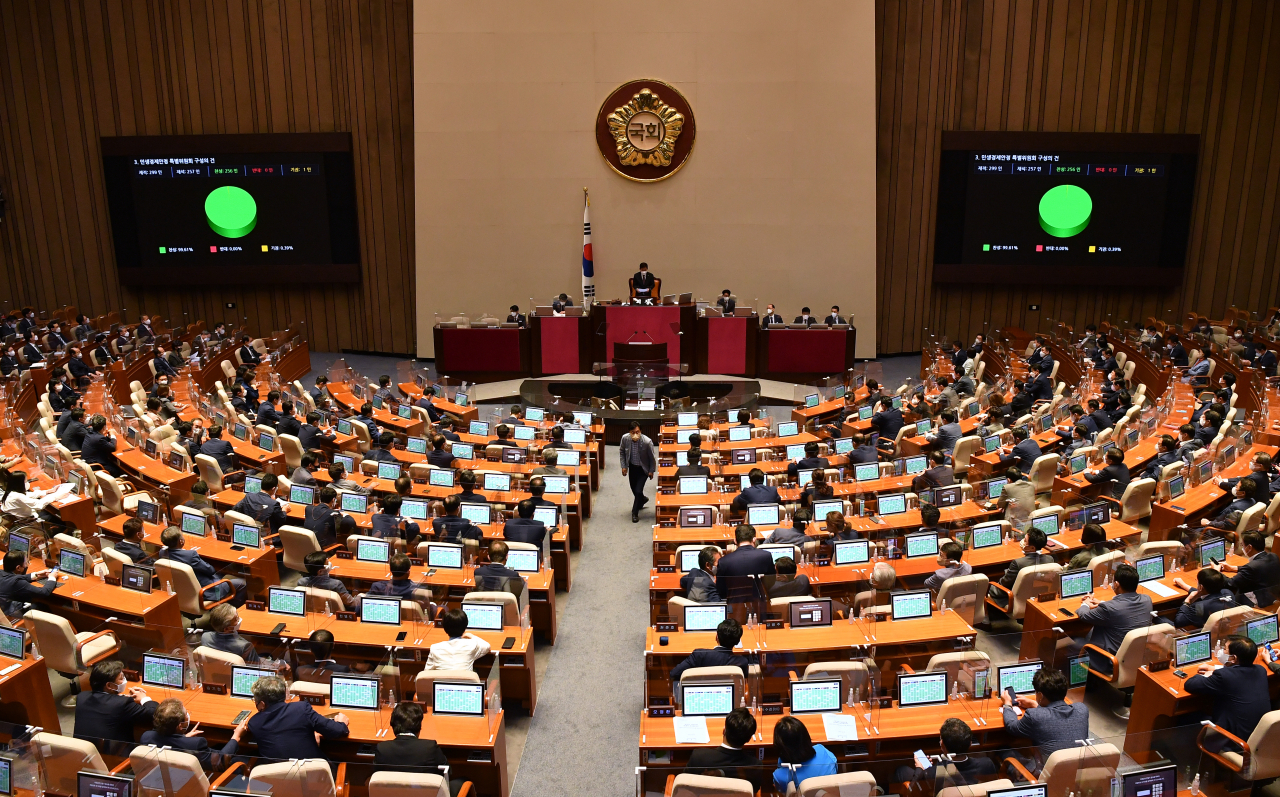 The National Assembly passes a motion to launch a special parliamentary committee on public livelihoods on July 20. (Yonhap)

South Korea's national debt has risen further despite an increase in tax revenue, due largely to the growing spending on supporting pandemic-hit small merchants and other vulnerable groups, data showed Thursday.

The total debt had stood at 1,022 trillion won ($732.88 billion) as of end-July, up 14.5 trillion won from a month earlier, according to the data by the Finance Ministry.

As of end-2021, the national debt had come to 939.1 trillion won but had been on a steady rise to surpass the 1,000 trillion-won mark for the first time ever in April.

The country's total revenue for the first seven months of this year amounted to 394 trillion won, up 37.1 trillion won from a year earlier, on the back of the increase in the collection of corporate and income taxes amid a recent economic recovery.

But the expenditure rose 72.8 trillion won on-year to come to 450.4 trillion won as of the end of July, as the government has doled out another round of relief funds to small business owners hit by the COVID-19 pandemic and increased spending on various antivirus programs.

The managed fiscal balance, a key gauge of fiscal health, had posted a deficit of 86.8 trillion won as of end-July, up 29.9 trillion won a year earlier.

"We've seen a deficit as programs under extra budget bills are underway. But we will manage the balance within our target by the end of the year," the ministry said in a release.

For next year, the government proposed a budget of 639 trillion won, which marks a 5.2 percent on-year hike. It is the slowest spending growth in six years, as it seeks to implement a belt-tightening policy to improve fiscal health. (Yonhap)