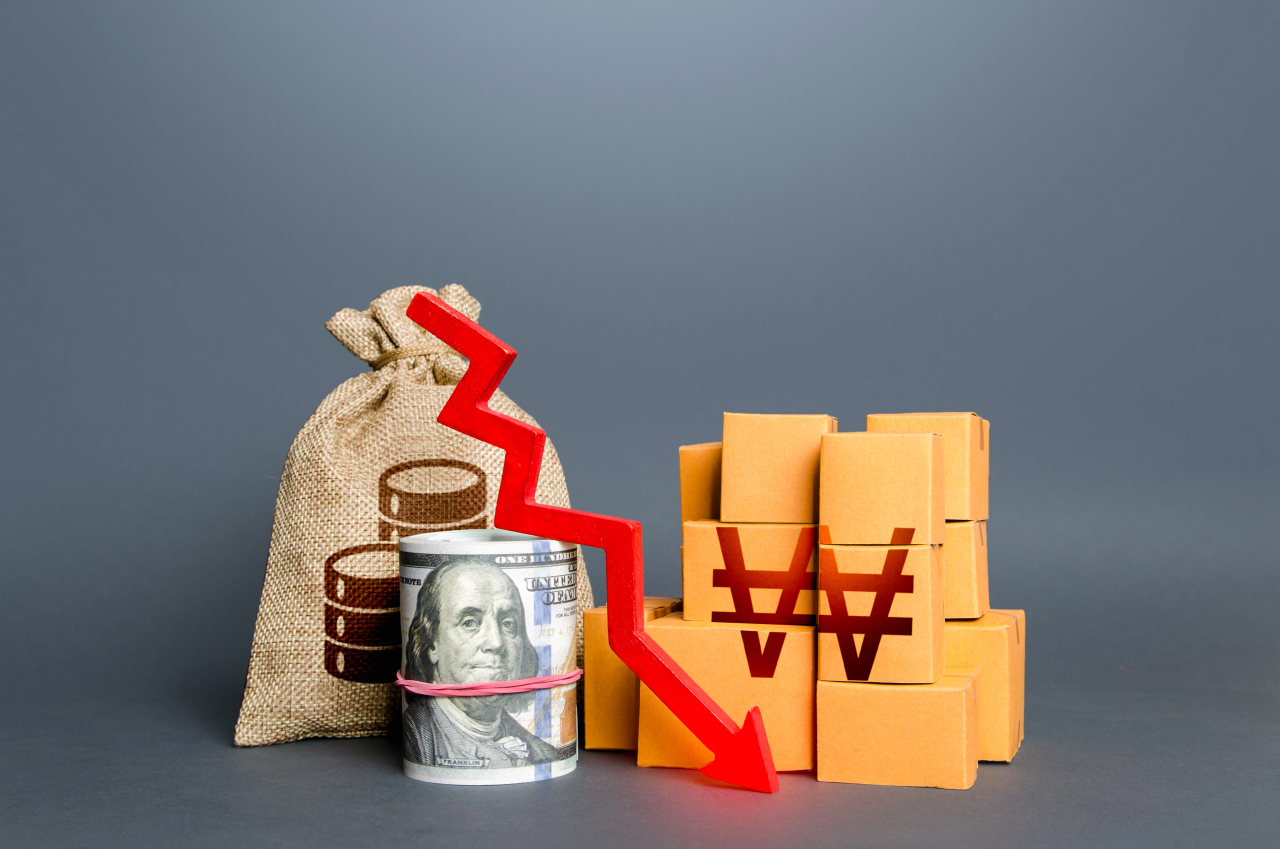 South Korea is inching ever closer to a repeat of the 2008-2009 global financial crisis as the local won weakened against the US dollar to close at 1,390.9 won in the onshore market -- a 17.3 won retreat from the previous session and its weakest level since 1,391.5 won in March 2009. Stronger bets on US tightening amid the latest discouraging news on inflation led to the dip.

The benchmark Kospi shed 38.12 points or 1.56 percent to 2,411.42 from Tuesday, prompted by a sell-off by foreign and institutional investors. Internet firms Naver and Kakao fell about 3 percent and 2 percent, respectively. Samsung Electronics, the world’s largest memory chipmaker, also dropped a little over 2 percent, while the loss for crosstown rival SK hynix came close to 2 percent.

US consumer prices, which soared to a 41-year high of 9.1 percent in June, rose 0.1 percent in August from July -- an unexpected reading that surprised most economists. They had bet on a dip because prices remained unchanged from June to July. Investors are now convinced that the US Federal Reserve will back a third large hike of 75 basis points in its Sept. 20-21 meeting.

The aggressive rate campaign, which took hold after June and July when such big raises took place twice, represents a global rush to tighter monetary policy. The European Central Bank was the latest major central bank to have followed suit, lifting its key rate to 0.75 percent from zero last week.

And Korea is one of the economies along with emerging markets bearing the brunt of higher borrowing costs worldwide, as their currencies had taken a hit in value against the rallying US dollar. Several warnings local authorities issued had done little to calm jumpy Korean markets, unsettled by the won’s rapid depreciation. The psychological threshold of 1,300 won per dollar is considered a red flag for the economy.

“The government is on high alert, monitoring financial and currency markets,” said First Vice Finance Minister Bang Ki-sun at a meeting on Wednesday morning. Bang convened the meeting to discuss the latest US inflation data.

Bang’s remarks, a repeat of many similar comments made public by the nation’s economic chiefs, epitomize the set of challenges facing Asia’s fourth-largest economy. The won is not only one of the worst performing currencies so far this year compared with Asian peers like the Japanese yen, but the economy as a whole has been stuttering.

The latest Bank of Korea data show that gross domestic product improved only slightly in the second quarter and the economy had underperformed, compared with most OECD countries. And the possibility that private consumption, which had propped up the economy for the first six months of the year, will not have the same effect in the remaining months is worrying policymakers looking to engineer growth despite the global headwinds, including high inflation.

The central bank expects the economy to grow 2.6 percent for the year and 2.1 percent for 2023, having recently lowered both estimates. The economy is on track for a five-month trade deficit since April, with the downward trend set to persist for the time being. But a phase of low growth and high prices or stagflation is not something Korea needs to discuss at the moment, the bank says.