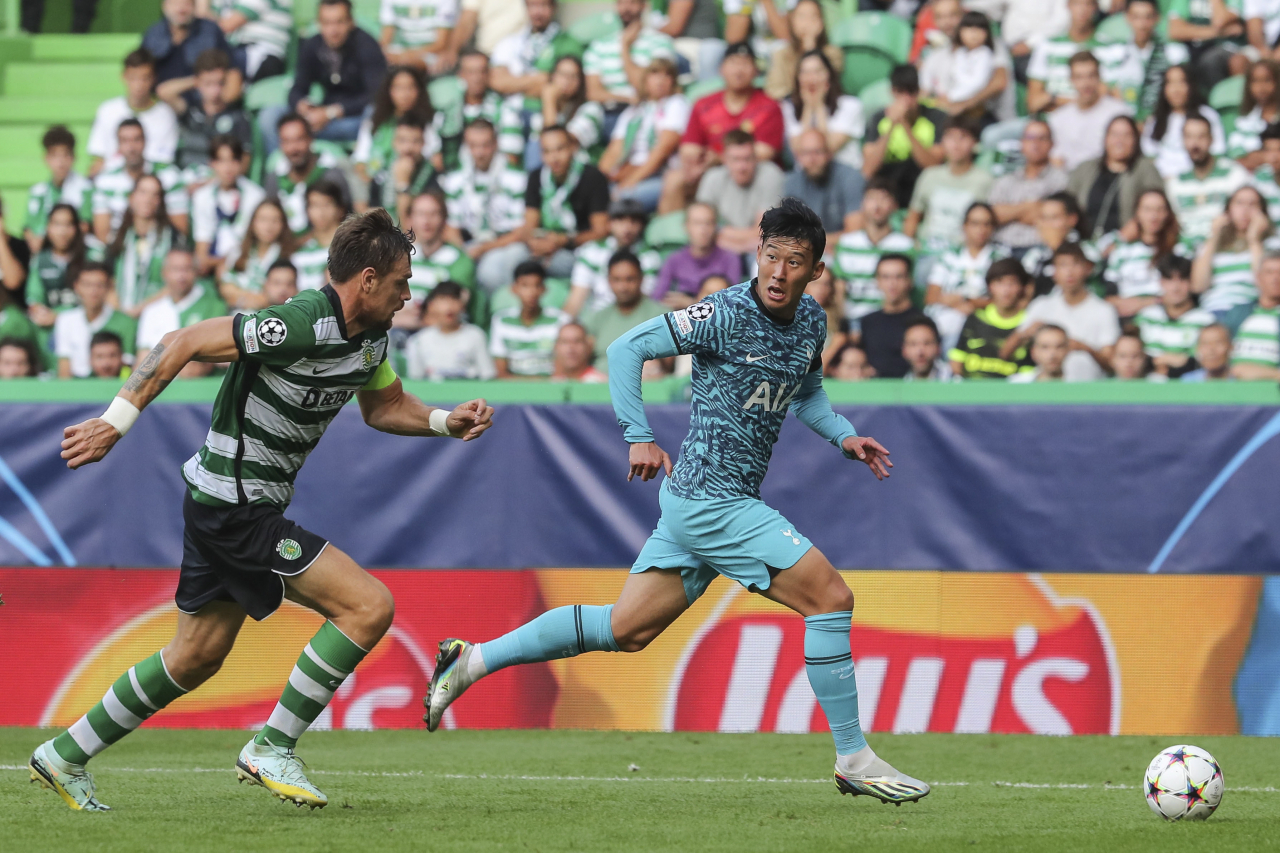 In this EPA photo, Son Heung-min of Tottenham Hotspur (right) tries to hold off Sebastian Coates of Sporting during the clubs' Group D match in the UEFA Champions League at Jose Alvalade Stadium in Lisbon on Tuesday. (EPA)

After a lackluster performance in continental play, Son Heung-min of Tottenham Hotspur is now without a goal in eight matches in all competitions this season.

Son was held off the scoresheet in Spurs' 2-0 loss to Sporting in their second Group D match at the UEFA Champions League at Jose Alvalade Stadium in Lisbon on Tuesday (local time). Paulino and Arthur Gomes scored late goals for Sporting's second straight Group D victory.

Son, who shared the Premier League Golden Boot last season with Liverpool's Mohamed Salah, has not yet scored in six matches in the English competition and in two group games in the Champions League.

Against Sporting, Son was subbed out in the 72nd minute in favor of Dejan Kulusevski. The 30-year-old South Korean did not record a shot and despite a couple of promising forays, he struggled to generate dangerous chances in the attacking third.

Tottenham suffered their first loss of the season. They have four wins and two draws in the Premier League, and they had defeated Marseilles to open the Champions League group stage last week.

Son and Spurs will be back in Premier League action on the weekend at home against Leicester City: 5:30 p.m. Saturday in London, or 1:30 a.m. Sunday in Seoul. (Yonhap)