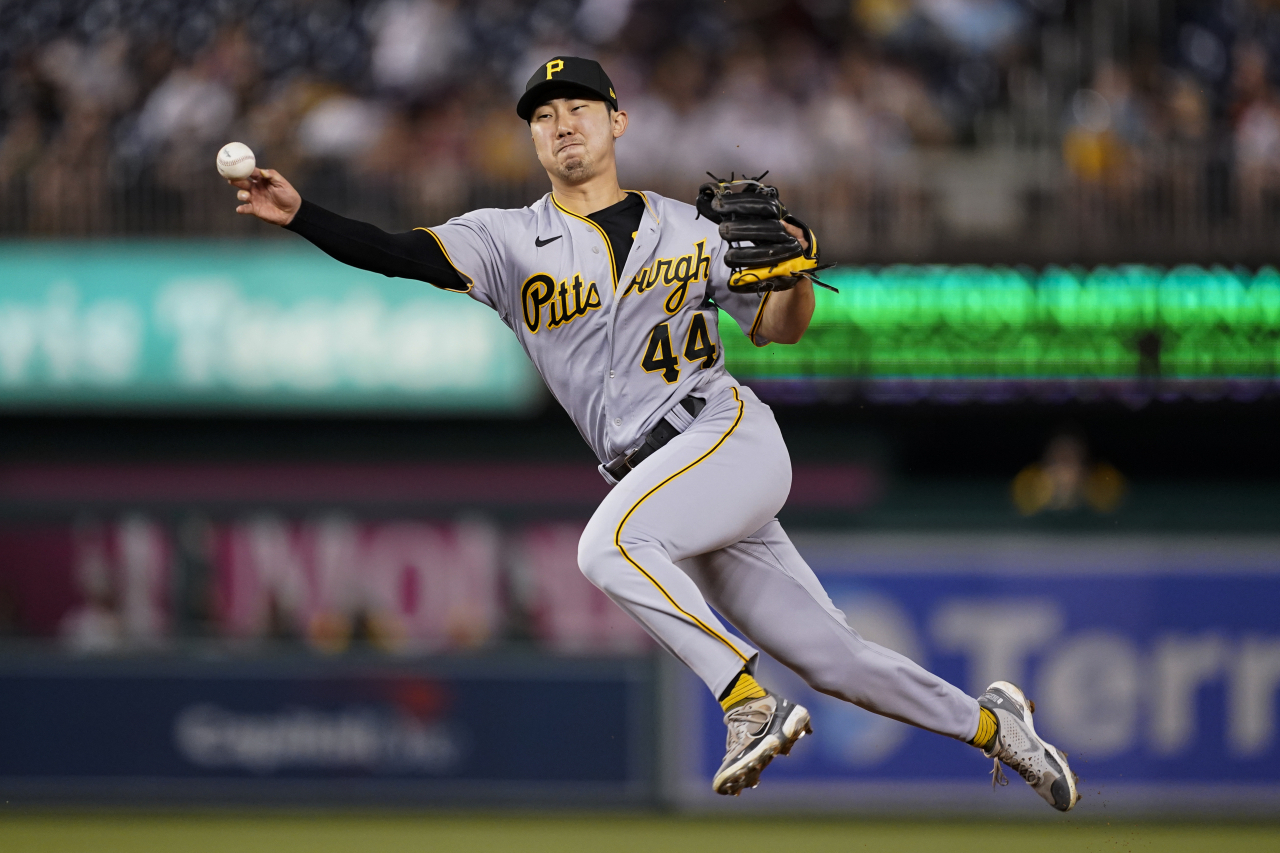 In this Associated Press file photo from last Tuesday, Pittsburgh Pirates second baseman Park Hoy-jun makes a throw to first against the Washington Nationals during the bottom of the eighth inning of a Major League Baseball regular season game at Nationals Park in Washington. (Associated Press)

After just one plate appearance off the bench, Pittsburgh Pirates utility player Park Hoy-jun is headed back to the minors.

The Pirates optioned the South Korean to Triple-A Indianapolis on Monday (U.S. time), prior to their road game against the Cincinnati Reds.

The Bucs called up Park from the minor league last Wednesday before a doubleheader against the New York Mets, and he came off the bench as a defensive replacement at second base in the top of the eighth of the second game.

Park made his lone plate appearance with a runner on and one out in the ninth but hit a groundball to second that forced out Greg Allen at second base.

Park began the 2022 season with the big league club in April but was sent down to the minors on April 22. He was called up on May 29 but was demoted the very next day.

The Pirates brought him back up to the majors on June 13 before returning him to Indianapolis on July 5.

In 23 games this year, Park has a .216/.276/.373 line with two home runs and six RBIs. The versatile 26-year-old has appeared at second base, third base, shortstop and right field this year.

He caught fire in the minors in the summer. Since August, Park has hit .280/.331/.514 with seven home runs and seven stolen bases for Indianapolis, though it wasn't enough to earn him an extended stay in the majors.

The veteran of the contingent, Toronto Blue Jays left-hander Ryu Hyun-jin, is out for season following an elbow surgery in June. (Yonhap)