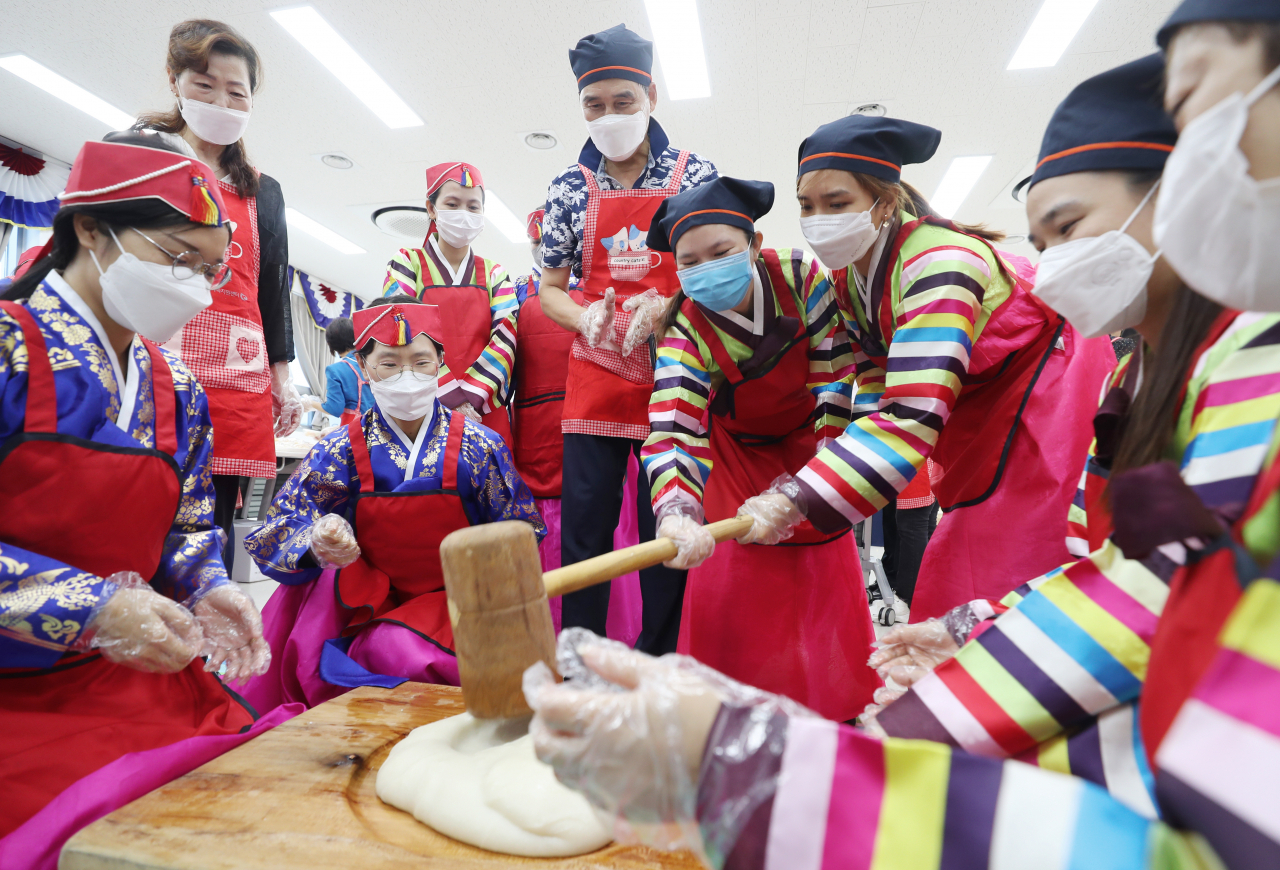 The fall season is here, and so are family reunions as the Chuseok holiday approaches .

Women of the house traditionally prepared food for the ancestral rites and later, the extended family sat down to a table overflowing with special dishes prepared for Chuseok, a time of thanksgiving.

"Jeon" has been a constant staple among the ancestral offerings and later on the family dining table has had an assortment of jeon, typically slices of zucchini, fish and meat covered in a thin coat of flour and a coat of beaten egg and then pan fried.

The long hours spent in the kitchen preparing food, including jeon, often lead to resentment and may even erupt into all-out family quarrels.

But there is relief in sight, or at least a partial lifting of the burden.

On Monday, days before the start of this year's Chuseok holiday Friday, the Seonggyungwan Academy's Ritual Arrangement Committee, the authority on all things Confucian, announced a new guideline for jesa, or ancestral rites.

The revised guideline calls for a maximum of nine dishes placed on the jesa table. The basic dishes suggested are songpyeon, namul, kimchi, fruits, sanjeok and liquor.

It states that serving fried and oily food, which includes jeon, is improper for jesa, according to records.

Seonggyungwan's new guideline comes rather late. Families, especially in cities, have been observing Chuseok in different ways over the past several years.

Dining out and ordering Chuseok meals by the table is common, with popular restaurants fully booked weeks ahead.

But the holiday lasts several days, which leaves some space and time for families to enjoy homemade meals prepared together.

Following are three of the most popular Chuseok dishes -- modumjeon, or an assortment of jeon, galbijjim and japchae -- with step-by-step recipes provided by the Korean Food Promotion Institute.

All recipes are based on four servings. 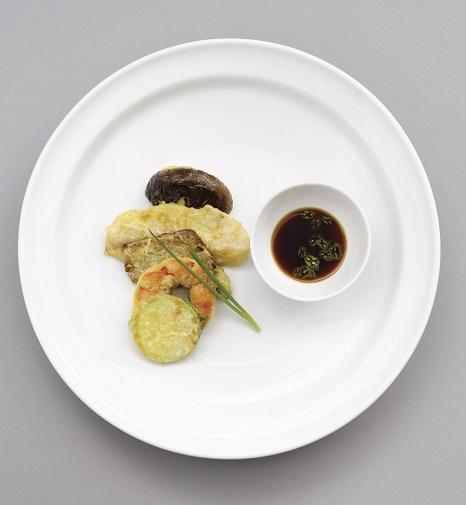 1. Cut zucchini into 0.6 cm thick round slices and sprinkle salt.

2. Heat the pan over medium heat with cooking oil. Coat the zucchini slices in flour and shake off the excess, soak them in beaten egg and and place them on the pan.

3. Turn over, cooking the pieces until both sides are yellow in color.

1. Sprinkle salt and pepper on the fish.

2. Heat the pan over medium heat with cooking oil. Thinly coat the fish fillet pieces with flour, soak them in the beaten egg and place them on the pan.

3. Turn over, cooking the pieces until both sides are yellow in color. 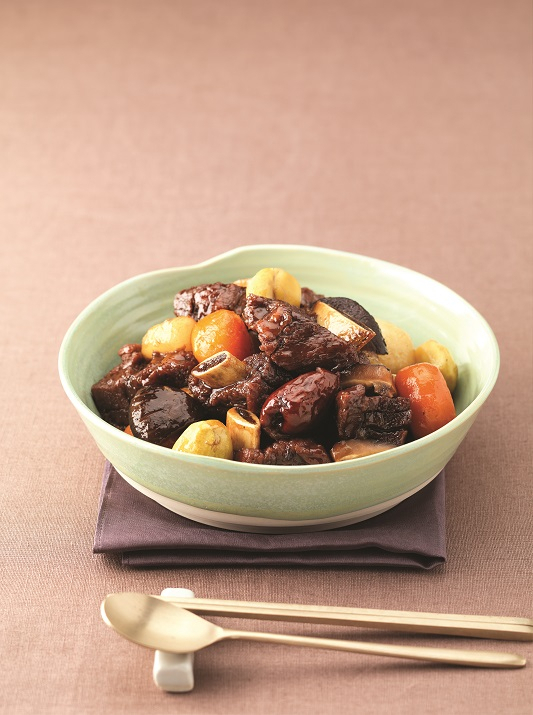 - a little bit of pepper

1. Cut radish and carrot into 4 cm cubes and trim the corners into a round shape.

2. Soak shiitake mushrooms in water and when soft, remove the stems.

4. Prepare the sauce by mixing all the ingredients together.

1. Soak beef ribs in cold water to drain blood. Pour 5 cups of water into a pot and boil the ribs for about 30 minutes. Cool the boiled ribs, remove tough tendons or chunks of fat attached to the ribs and make diagonal cuts on the meat, 2 cm apart.

3. Boil the trimmed radish and carrot in water for 10 minutes and drain.

4. Put the boiled ribs in a pot, add the sauce, mixing evenly. Add 2 cups of beef rib broth and cook over medium heat for 40 minutes.

5. When the ribs are cooked, add boiled radish, carrots, soaked shiitake mushrooms, chestnuts, and jujube. Add the remaining seasoning and boil them over low heat for another 15 minutes.

6. When the ribs and vegetables taste evenly seasoned, serve them in a bowl. 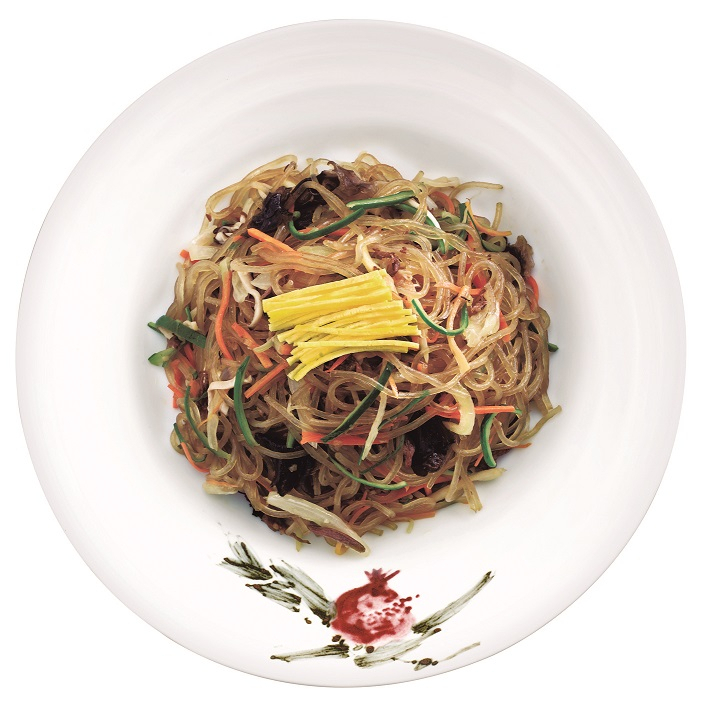 1. Slice the beef into thin sticks, season with meat seasoning and marinate for 20 minutes.

2. Cut the cucumber into 4-cm pieces, remove the seeds, and slice them flat into 0.3-cm-thick pieces. Soak in salt water for 10 minutes and remove moisture.

5. Cut carrots into 4-cm-long pieces and slice them flat into 0.3-cm-think pieces.

7. The eggs are divided into yolk and white, and add a little salt to each and beat.

2. Add cooking oil on a hot pan and stir-fry the sliced cucumbers, onions, shiitake mushrooms, and carrots separately in order. Season with salt over high heat and quickly remove from the pan.

3. Add a little cooking oil to the pan, stir-fry the marinated beef so that it does not stick together, and quickly remove from the pan.

5. Place stir-fried vegetables, meat, and glass noodles together in a large bowl, mix well. Serve on a plate with the egg garnish on top.