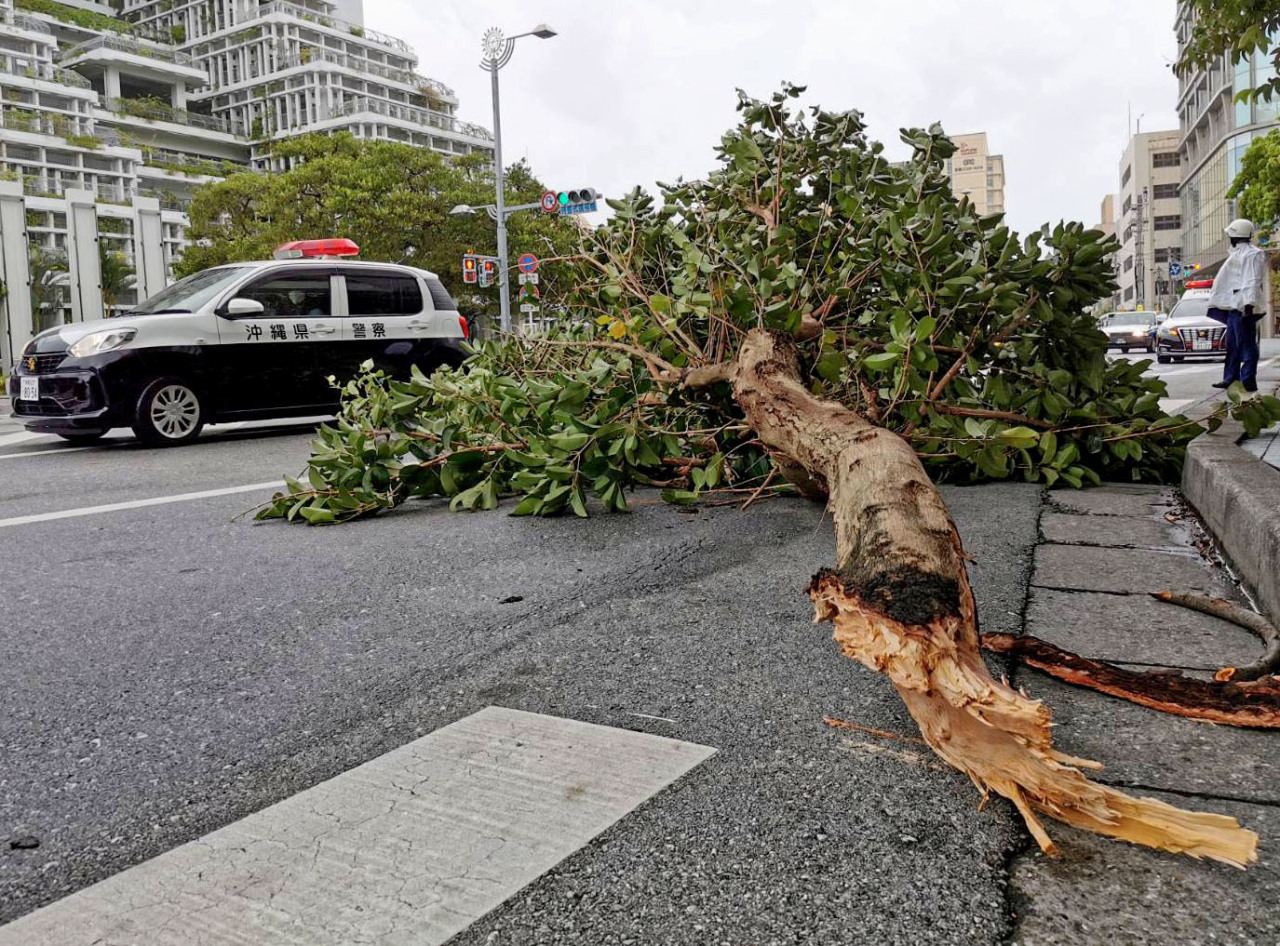 BEIJING (AP) -- Cities in eastern China suspended ferry services and classes and flights were canceled in Japan on Sunday as Typhoon Hinnamnor, the strongest global storm this year, blew its way past Taiwan and the Koreas with fierce winds and heavy rains.

Shanghai grounded ferry services and deployed more than 50,000 police officers to aid with rescues and guide traffic away from danger areas. The eastern business hub of Wenzhou ordered all classes suspended on Monday.

Hinnamnor is forecasted to move gradually northward into the East China Sea with maximum sustained winds of 175 kilometers (109 miles) per hour, according to the Hong Kong Observatory.

Evacuations and flight cancellations have been ordered in Japan's southern Okinawa Island. The typhoon is also expected to bring intense rainfall to the Korean Peninsula, bringing the possibility of flooding.

Ships were told to return to port to take shelter from the wind, and the center also urged people against large gatherings both indoors and outdoors.

In Japan, the typhoon lashed Okinawa and nearby islands with heavy rain and fierce winds, threatening flooding and grounding more than 100 flights connecting the islands and parts of the main southern island of Kyushu.

Footage on Japan's NHK national television showed trees violently shaken by the storm, with fierce rainfall hitting the pavement. A greenhouse for mangoes on Ishigaki Island was knocked down. On the main Okinawa island, two elderly people fell down and were slightly injured, according to media reports.

Officials said the slow-moving typhoon could add to rainfall and risks of flooding in the southern region where dense rain clouds have been stuck.

In Taiwan, over 600 residents in New Taipei, Taoyuan and Hsinchu counties were evacuated to shelters on Saturday amid the heavy rain and strong winds, according to the island's Central News Agency.

The typhoon caused a landslide in Miaoli county and blew over some 100 roadside trees. About 40 flights and more than 100 ferry services across Taiwan were also canceled Saturday.