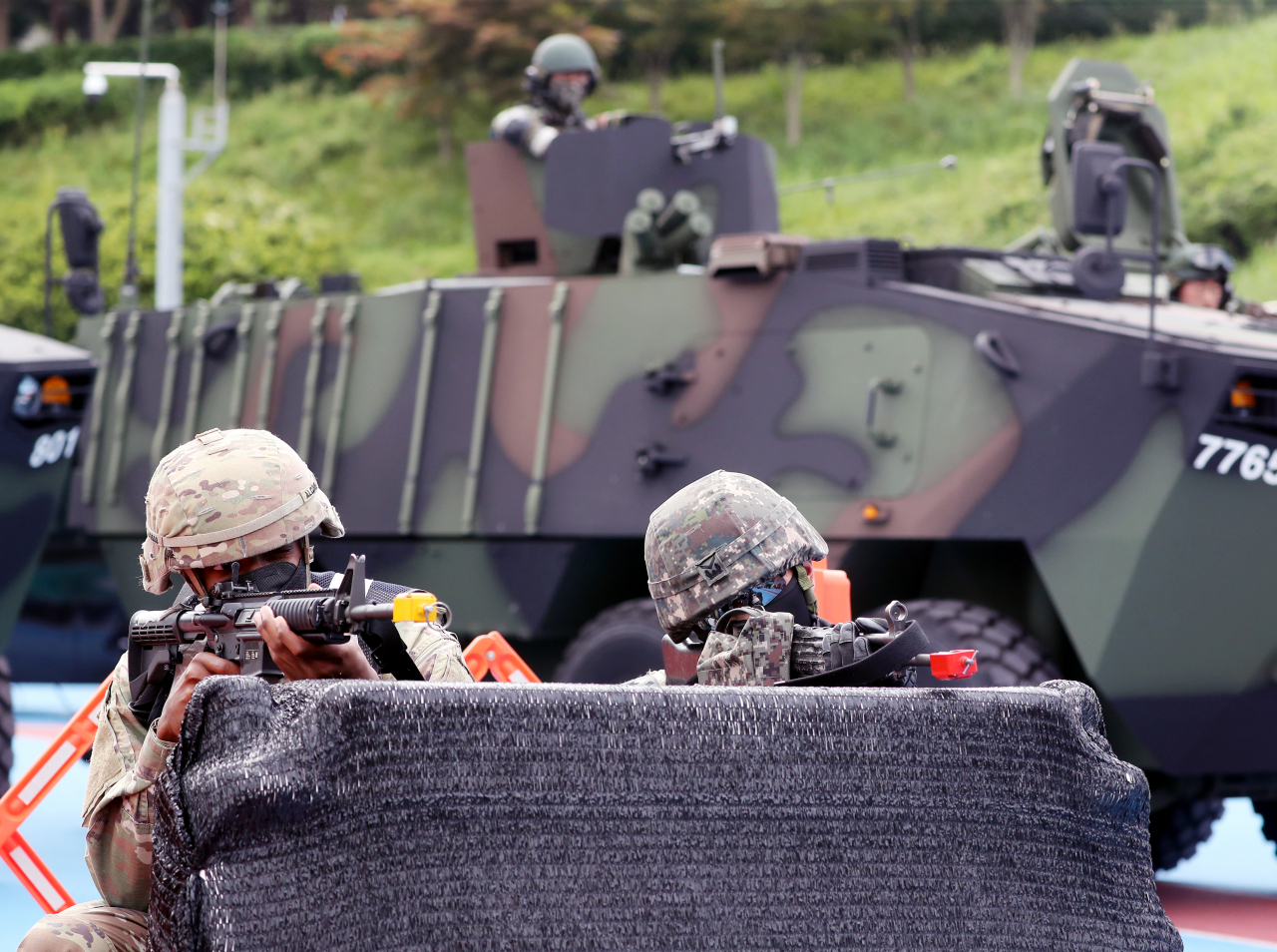 This photo, taken on Monday, shows South Korean and US troops engaging in the Ulchi Freedom Shield exercise in the southeastern port city of Busan. (Yonhap)

South Korea and the United States are set to wrap up a major combined military exercise Thursday, Seoul officials said, in a conclusion highlighting their pursuit of stronger deterrence against North Korea's nuclear and missile threats.

The allies have carried out the Ulchi Freedom Shield exercise, which kicked off on Aug. 22, despite North Korean state media berating the annual drills as a rehearsal for war against the reclusive regime.

The exercise involved more than a dozen field training events in line with the conservative Yoon Suk-yeol administration's commitment to "normalizing" drills scaled back or suspended under the former liberal Moon Jae-in administration's drive for peace.

It proceeded in two major parts -- the first segment involving drills on repelling North Korean attacks and defending the greater Seoul area, with the second part focusing on counterattack operations.

The full operational capability assessment is the second part of the three-stage program to vet the South's capabilities to lead combined forces. The program is part of numerous conditions required for the OPCON handover.

Throughout the exercise, the allies maintained tight vigilance amid concerns that the North could engage in provocative acts, like a nuclear test or missile launch, on the pretext of responding to the drills. (Yonhap)