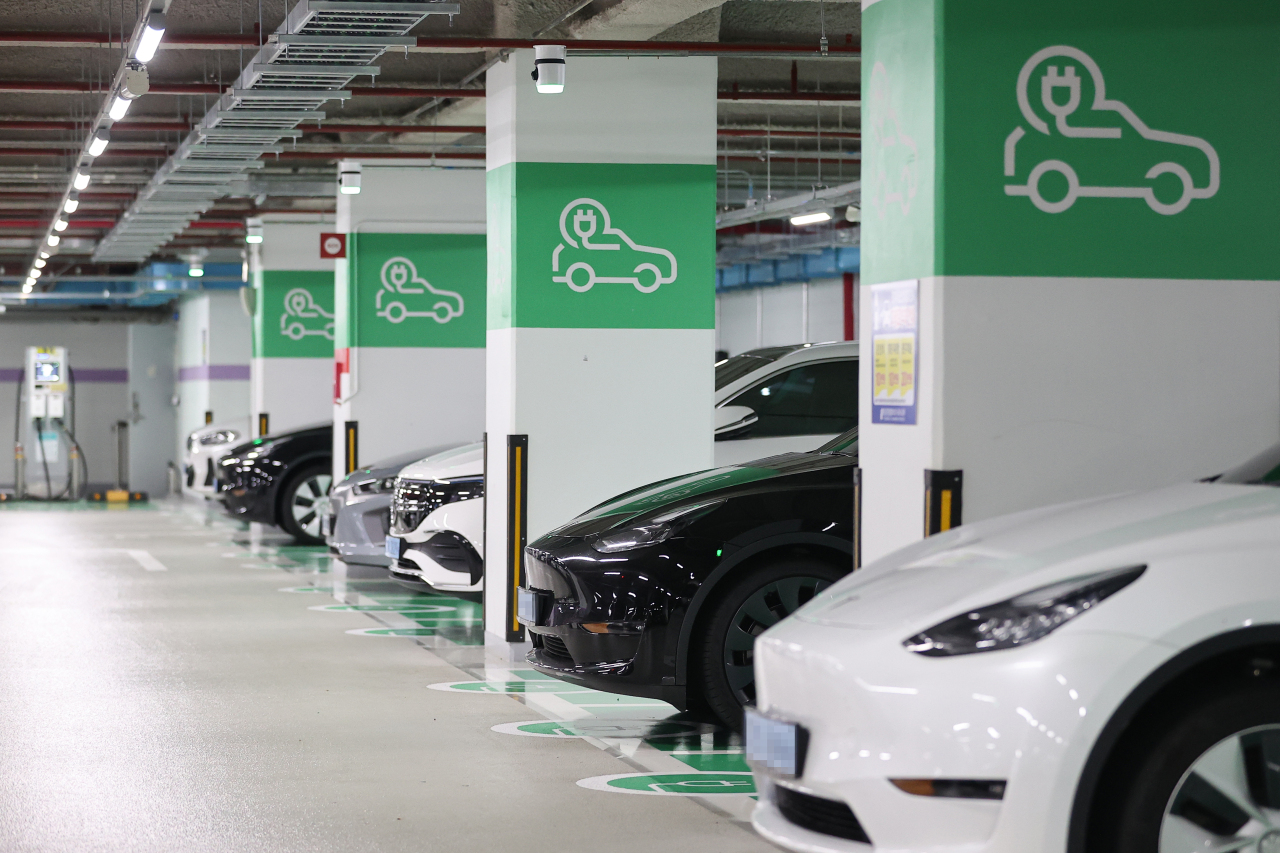 An Electric vehicle charging zone inside a parking lot in Seoul.(Yonhap)
South Korea has conveyed its concerns over a new US law that provides tax incentives for electric vehicles manufactured in North America only, a foreign ministry official said Thursday.

"As revisions to the electric vehicle subsidies, included in the Inflation Reduction Act, are subject to violation of not only the South Korea-US Free Trade Agreement but also the World Trade Organization rules, we have reviewed (the issue) and expressed our concerns to the US through various channels," the official said.

The ministry will continue to work in close coordination with the relevant authorities to help South Korean companies receive "non-discriminatory treatment," the official added.

The US$430 billion bill, signed into law by US President Joe Biden on Tuesday, calls for expanding tax subsidies for EV buyers, but only for EVs assembled in North America. The bill also has provisions intended to bar EVs from receiving the benefits if they are equipped with batteries or battery components made using minerals produced in China.

Major South Korean automakers, including Hyundai Motor Co. and Kia Corp., have voiced concerns over the act, as they make their flagship EVs, such as the IONIQ 5 and EV6, at domestic plants and ship them out overseas.

It could deal a serious blow to Hyundai Motor and Kia at a time when their flagship EV models have increasingly been gaining traction in the US as well as European markets in recent years. (Yonhap)