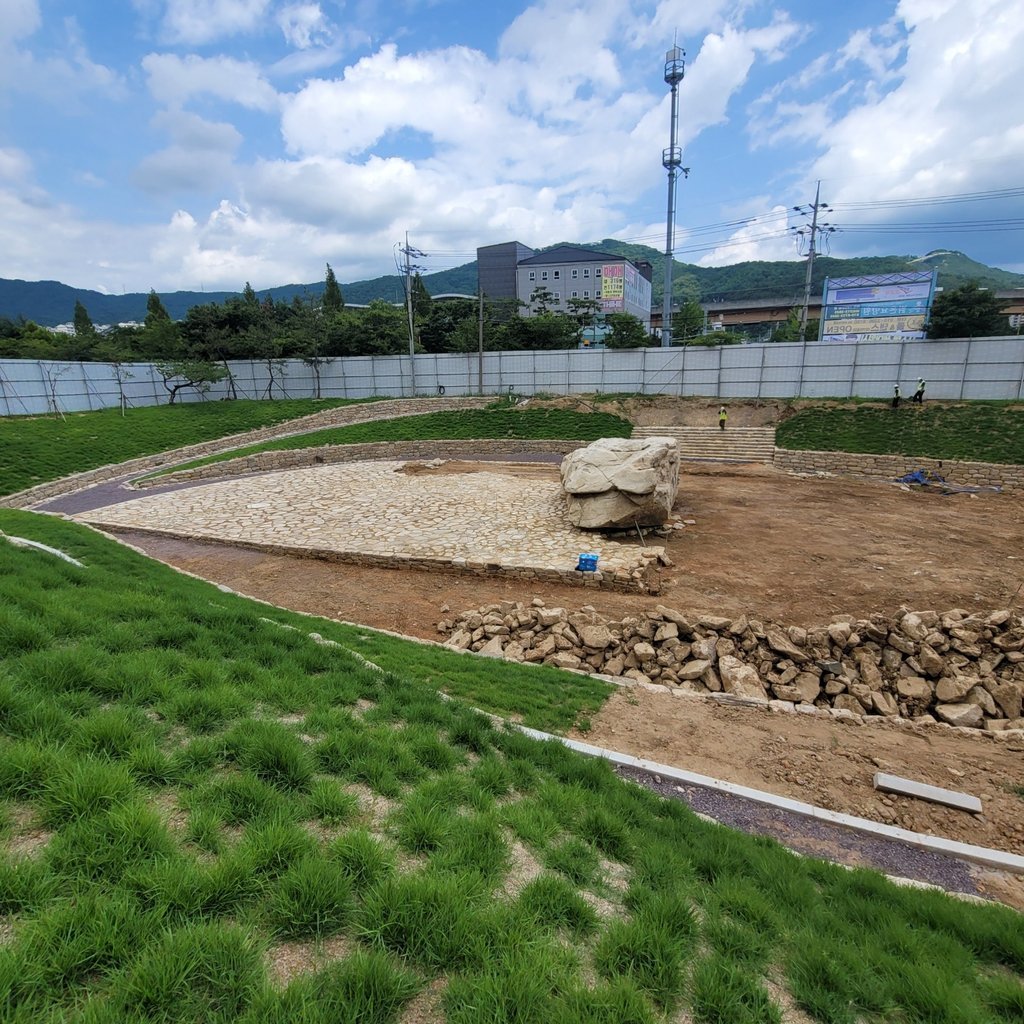 The Cultural Heritage Administration filed a report on Wednesday against Gimhae for violations of the nation’s law on buried cultural heritage protection, based on its expert inspection of the Gusan-dong Dolmen.

Earlier in August, Gimhae was under fire for mishandling the 350-metric-ton Gusan-dong Dolmen, one of the largest dolmen in the world, during its restoration process. As a dolmen is a type of ancient stone tomb, it provides significant archeological information about prehistoric civilization.

Against this backdrop, the CHA conducted an on-site inspection on Aug. 5 and further carried out a two-day expert investigation last week to gauge the extent and degree of the damage.

It was revealed that “cultural layers” around the dolmen roughly 20 centimeters thick were damaged. Also, layers beneath the site’s peripheral areas, which were under construction for a storage tank, pipeline and barrier wall, were significantly damaged, the CHA said in a statement Wednesday.

A cultural layer is an archeological term for a layer of earth which contains traces or remains of human activities.

“Cultural layers around the dolmen are mainly divided into two parts. The upper part would be relevant to the same period of the dolmen, and the lower part potentially holds information related to the Bronze Age,” an official at the CHA explained to The Korea Herald on Thursday.

“We confirmed about 20 centimeters under the capstone were damaged. And most of the parts of the peripheral regions -- both the upper and lower cultural layers -- are destroyed.”

The “Act on Protection and Inspection of Buried Cultural Heritage” stipulates that any excavation or alteration of a relic without the CHA’s permission is a violation of the cultural heritage law.

The CHA said since the dolmen is designated as South Gyeongsang Province Monument No. 280, the province is in charge of leading further investigations.

Remaining issues include whether Gimhae had obtained permission from the province to carry out its restoration projects and whether the city complied within its authorized range in carrying out its activities.

On Aug. 11, Mayor Hong Tae-yong apologized for Gimhae’s mishandling of the relic after withdrawing its bid for the dolmen to be recognized as a national historic site.