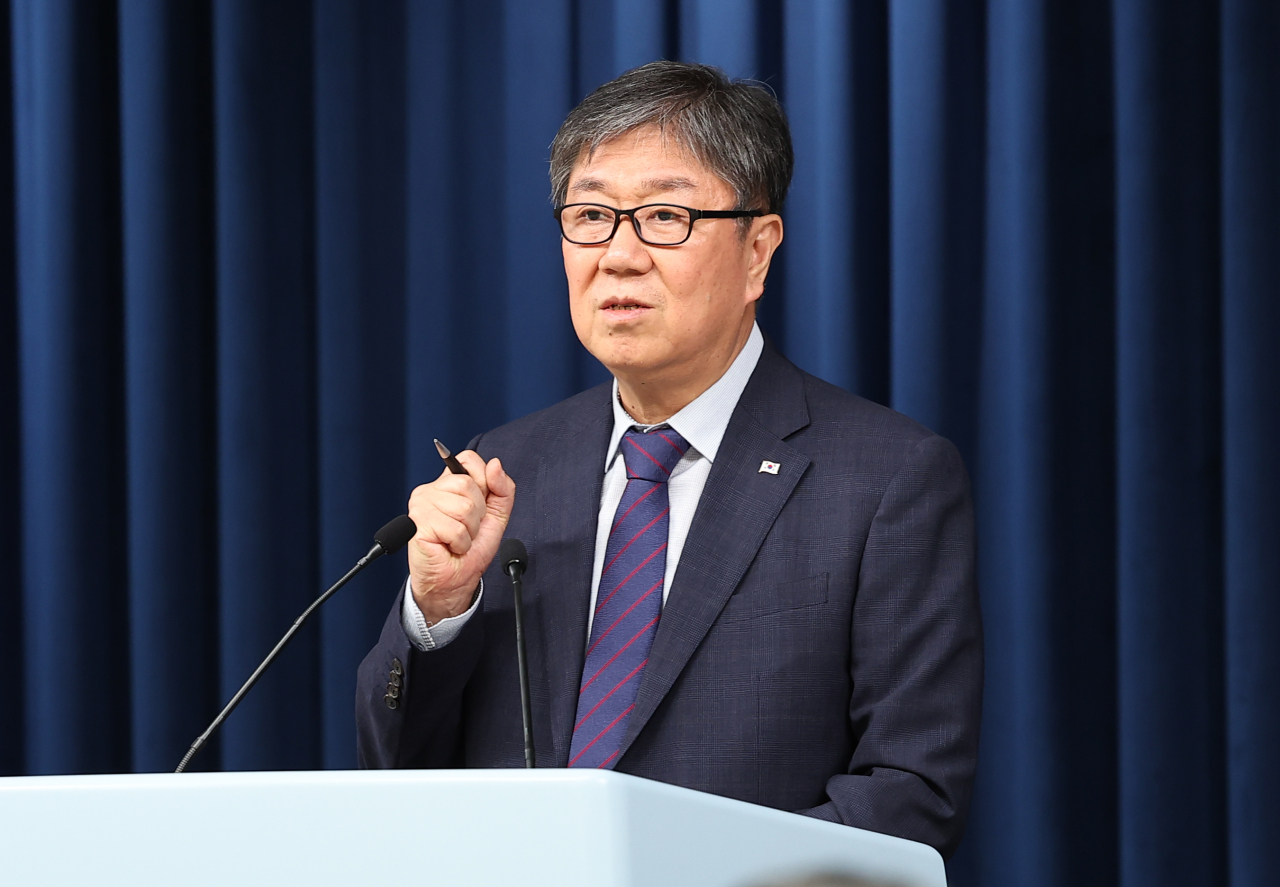 The presidential office on Thursday announced plans to add a senior secretary position to the secretariat in a move apparently aimed at strengthening the office‘s policy coordination capabilities.

While multiple news reports have said the Korea International Trade Association vice chair Lee Kwan-sup is likely to be chosen for the post, Kim said he is a “strong candidate.”

“We are in the process of restructuring the organization, and looking for talented personnel. I will talk more on this at a later time,” he said.

Lee, the former head of the Korea Hydro & Nuclear Power, resigned in 2018 after opposing the Moon administration’s nuclear phase-out policy.

Kim Dae-ki stressed even with the newest additions, the secretariat is smaller than that of the past government.

“There are areas that needed to be expanded and reduced. The presidential office will be run as a living organism under the premise of a cut down,” Kim said.

Kim Dae-ki, however, denied news reports regarding the planned changes within the presidential office saying that plans had not been finalized.

Earlier in the day, multiple media reported changes under review citing high-level officials within the Yoon government. According to the reports, Yoon is considering adding a top level post and senior secretary to his secretariat to strengthen his office’s policymaking capabilities. At present, the presidential secretariat consists of two top-level positions -- chief of staff and chief of the National Security Office -- and five senior secretaries.

Kim Dae-ki also revealed that a new senior secretary for public relations will be announced Sunday.

Former lawmaker Kim Eun-hye is said to be one of the leading candidates for the post. Kim Eun-hye served as a spokesperson for Yoon when he was president-elect.

The Chief of Staff did not confirm the appointment, saying “We need to look more into the matter.”

Though it has been only 100 days since taking the office, Yoon has been pushed to the brink of leadership crisis with approval ratings remaining below 30 percent for several weeks. The low approval ratings follow the controversies surrounding personnel appointments of Yoon, the flip-flops over state affair moves and also multiple allegations surrounding first lady Kim Keon-hee which are yet to be resolved.