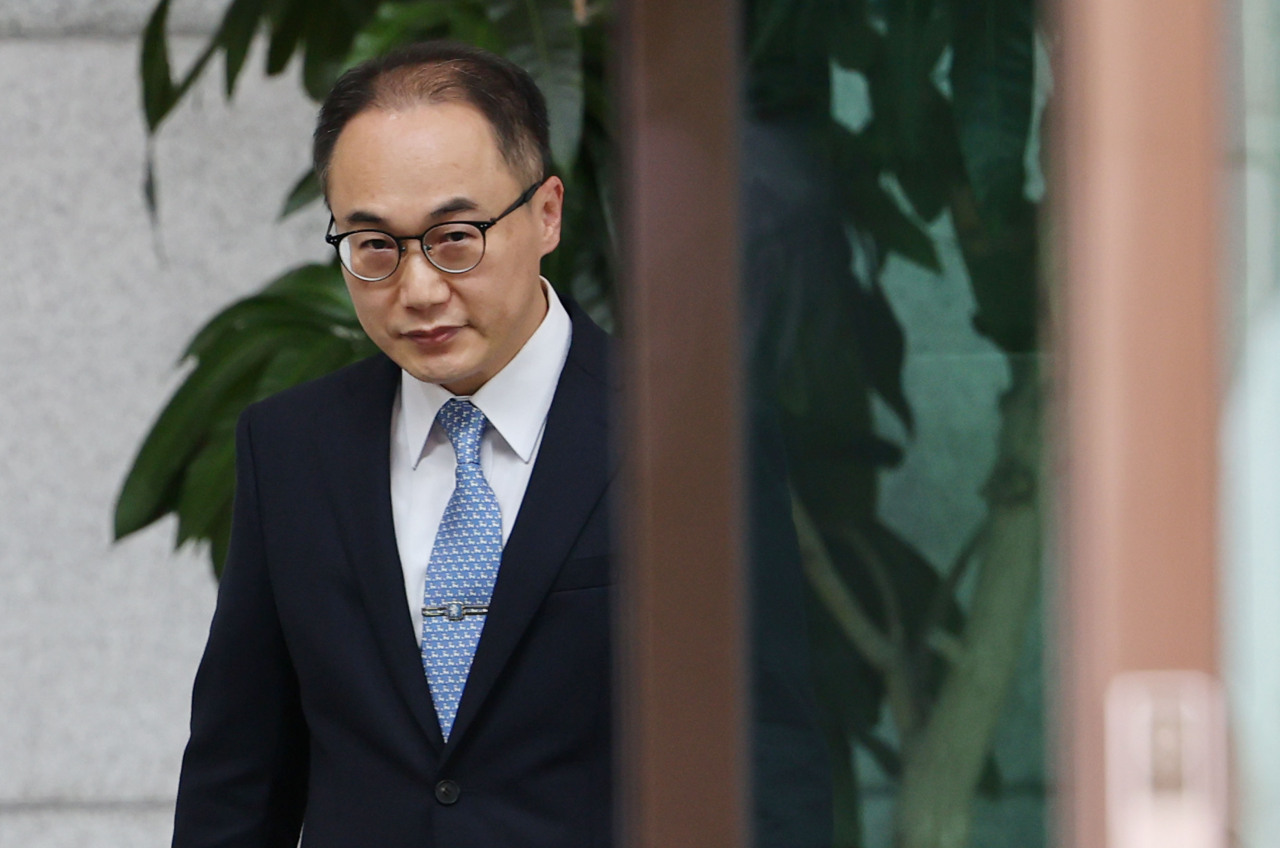 Lee had been linked to the top post for some time, as he has been leading the organization for three months as acting prosecutor general.

In announcing Lee’s nomination, the presidential office said that he is an “expert investigator,” trusted by his superiors and subordinates.

Along with Lee, Seoul National University law school professor Han Ki-jeong has been tapped to head the Fair Trade Commission.

Both nominees are required to undergo National Assembly confirmation hearings, but the legislature’s approval is not required to appoint a prosecutor general and FTC chief.

“I think that the reason for the prosecution’s existence is to protect the basic rights of the people,” Lee said after his nomination was announced.

“I believe that (Yoon’s reason for my nomination) is to defend the people’s basic rights, and to lead the prosecution in a just and fair manner,” he added.

Lee is considered a close associate of President Yoon, having worked together on high profile cases during Yoon’s time at the prosecutors’ office.

In 2007, Lee and Yoon both worked in a taskforce looking into Samsung Group’s slush fund allegations, and in 2017 the two again participated in a 2017 graft investigation involving former President Park Geun-hye. In 2019, when Yoon served as the prosecutor general, Lee was chosen to head the planning division of the Supreme Prosecutors’ Office.

In 2020, Lee was reassigned to a district prosecutor office in the provinces, and then assigned to his current post of deputy chief of the Supreme Prosecutors’ Office in May after Yoon took office.

Like Yoon, Lee graduated from Seoul National University and majored in political science.

Lee’s connection to Yoon has raised concerns of the prosecution losing its neutrality, but the nominee said that he is fully aware of these worries, and that he will try to put them to rest.

“Every member of the prosecution considers neutrality as the most valuable element (of the prosecutors’ office), and I will try to put the belief into action,” Lee said.

The post of the country’s top prosecutor has remained vacant since May 6, when Prosecutor General Kim Oh-soo stepped down. Oh resigned in protest after moves made by former President Moon Jae-in and the then-ruling Democratic Party of Korea to reduce the prosecution’s investigative powers through revising the Prosecutors’ Office Act and Criminal Procedure Act, which will take effect on Sept. 10.

The prosecution and the Justice Ministry have sought to reverse the revision since Yoon took the helm.

On Aug. 11, a month before the enforcement of the laws, Justice Minister Han Dong-hoon announced the ministry would seek to expand investigative rights through a revision of the enforcement ordinance. The revision would allow prosecutors to investigate cases of abuse of authority, election crimes and crimes related to the defense industry.

The Democratic Party has fiercely protested Yoon’s moves to restore the prosecution’s investigative powers, going as far to call it an “enforcement decree coup.”

As the National Assembly confirmation hearing process takes about a month, the prosecution’s leadership vacuum is expected to be the longest ever. The current record is 124 days during the Park Geun-hye administration. Chae Dong-wook was appointed to the post in April 2013, but resigned less than half a year later following a scandal.