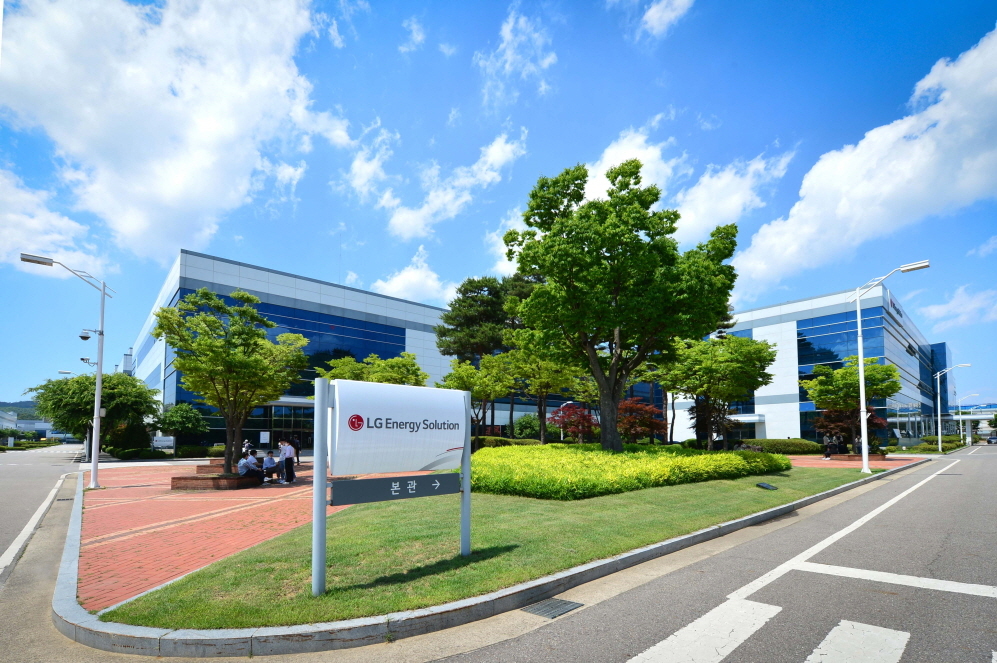 In its second-quarter earnings report in July, the company announced an upgraded growth plan, raising sales target this year to 22 trillion won ($16.8 billion), an almost 10 percent jump from the previous target of 19.2 trillion won.

The company offered a rosy outlook for the coming months, citing new car launches by its automotive partners, the operation of its first joint venture plant with General Motors and an increase in battery prices due to rising raw materials.

The company had high hopes especially for the North American market, the fastest-growing EV market globally.

Currently, LG Energy Solution is the only battery maker to have secured supply deals with GM, Ford and Stellantis, the three biggest carmakers in North America.

By 2025, its production capacity in the region is expected to reach 215 gigawatt-hours -- enough to power an annual 2.5 million EVs.

The company also plans to expand its production network globally. Adding to its planned expansion of European facilities, the company aims to ink more partnership deals in Asia as well.

The company said it is also investing heavily in research and development. Its workforce surged to 9,564 from 7,524 over the past months, with most of them being researchers.