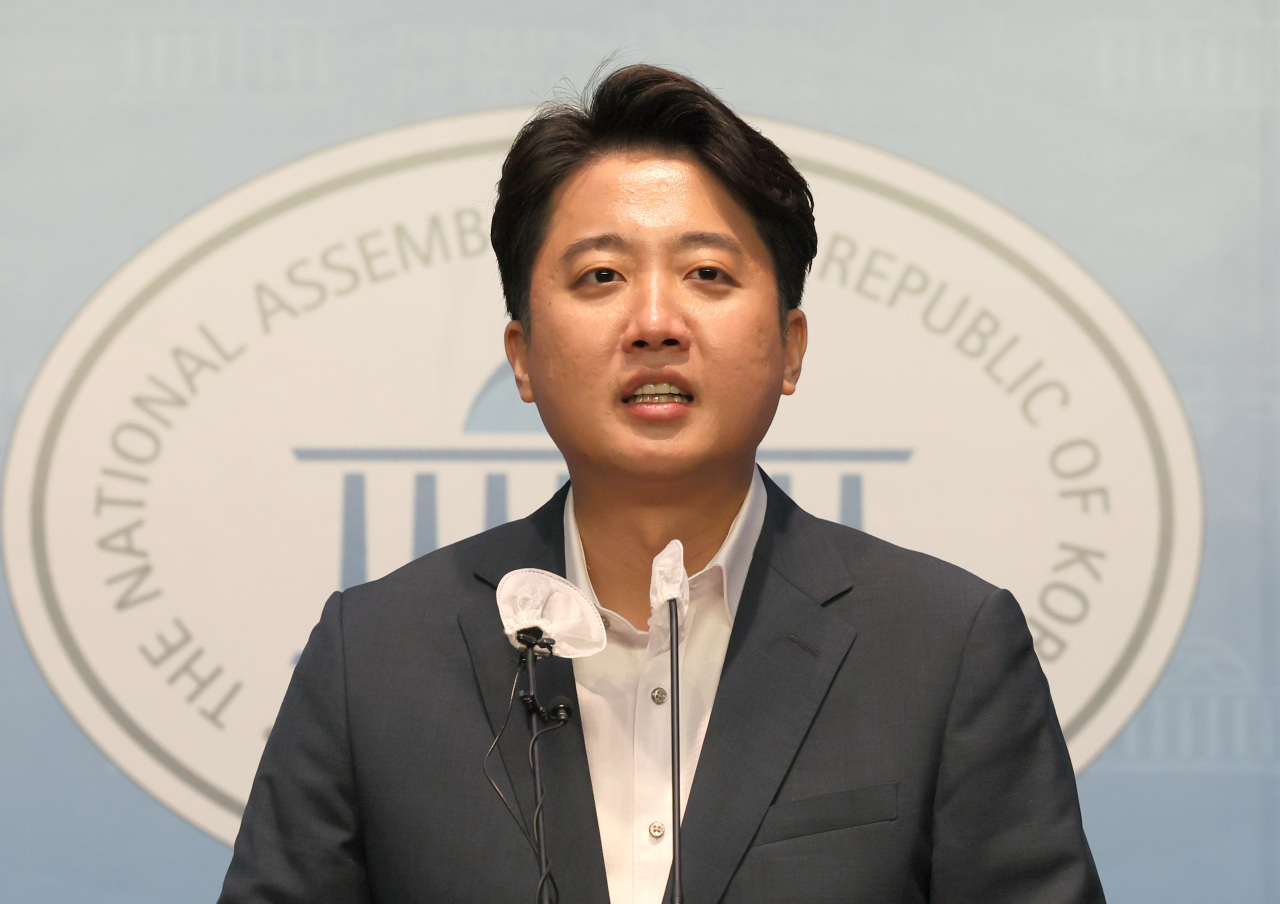 Na Kyung-won, a former four-term People Power Party lawmaker, on Monday berated Lee Jun-seok, the suspended chairman of the same party, for his scathing press conference attacking the party held over the weekend. Na claimed that he “threw a bomb” at the party by making a speech undermining fellow party members and President Yoon Suk-yeol at the National Assembly on Saturday.

Lee, at the presser, again cried foul over the party’s decision to switch leadership. Lee claimed that Yoon and his associates, known as ”Yoonhaekgwan,” are trying to strip him of the chairmanship. Lee argued that the party‘s move to switch to an emergency leadership is “unfair” and “nonsense.“ Lee also slammed Yoon and his close aides for backbiting him.

About Lee’s remarks and the intensified feud that immediately followed within the party, Na, during a radio interview Monday, pointed out that the suspended chairman‘s remarks at the press conference were inappropriate and apparently against his fellow party members.

”Lee himself could feel unfair and angry (about the party‘s decision to change leadership), but there are things that a politician can say and shouldn‘t say,” Na said, adding that some other members said his remarks were “reckless.”

Na also disapproved of Lee’s claim that he had to tolerate Yoon’s backbiting of him for the sake of victory in the March 9 presidential election.

“During the presidential race, it was difficult to see Lee criticizing either the Moon Jae-in administration or presidential candidate Lee Jae-myung (of the opposition party). His words, instead, were against his fellow party members or Yoon,” Na said.

Na also questioned his leadership and criticized the party‘s decision to change election campaign leaders for the recent local election in Gyeonggi Province, which came just a few days prior to the election.

“If Lee ran the party a little better, (the party) might have had a better outcome (in the local elections),” Na said.

Na also blamed Lee for having double standards, referring to Lee’s backbiting of Ahn Cheol-soo in the past, which Lee refused to take seriously after it became an issue. Na recalled that Lee then said his blunt remarks against Ahn were acceptable as they took place in a private conversation.

”(In the past), Lee too asked some party members to leave when they became involved in alleged illegal transactions of real estates,“ Na said of Lee having double standards.

Na said Lee should have stepped down from his position when the party‘s ethics committee decided to suspend Lee’s party membership for six months over allegations that he accepted sexual services paid for by a businessman in 2013, as well as abetted in an attempt to destroy evidence related to the incident.

“It was right for him to step down after the ethics committee made the decision. Even if he feels unfair about the decision, it will be better for him to take time and prepare to clear himself of charges against him,“ Na said. She added that “evaluations about the former chairman would have been different” if he stepped down back then.

Na also said Lee should have brought his fight to the court but not to the party, when she was asked if Lee might have decided to fight back as Lee would as good as admitted he pleaded guilty to the charges against him.

”I feel sorry that Lee dropped the bomb (with his speech), while the government is trying to settle with existing (political) risks one by one,“ Na said.

When asked whether she is willing to run for the People Power Party‘s leadership, Na answered that she “has not thought about that deeply. I would try not to take the leadership as much as possible.”

The ruling party has been under a leadership vacuum since Lee‘s party membership was suspended last month. The vacancy also came with internal bickering and declining approval ratings for the president.

Last Tuesday, the People Power Party revised its charter to allow the party to name Rep. Joo Ho-young, a five-term lawmaker, as the interim party chief.

In turn, Lee filed for a court injunction on Wednesday to prevent the party from switching to a new leadership system.

Meanwhile, Lee on Monday said the ruling party could try to create a new political party if the court grants the injunction, during a separate radio interview. Lee added that he is not thinking about creating a party at the moment, clarifying rumors that there are possibilities that Lee will create another political party.

Regarding the possibility for forging a new alliance with a former high-profile lawmaker Yoo Seung-min, Lee said he ”has never thought about it.“ Lee added he sees that such alliance will be difficult make.

When asked how he would evaluate the current administration, Lee, with obvious sarcasm, gave 25 out of 100 points, quoting a President Yoon‘s approval rating released recently.

Asked if he is willing to meet President Yoon at the moment, Lee said, “I am not so much interested in meeting with political leaders, and it will also be difficult to engage in a practical talk,” Lee said.