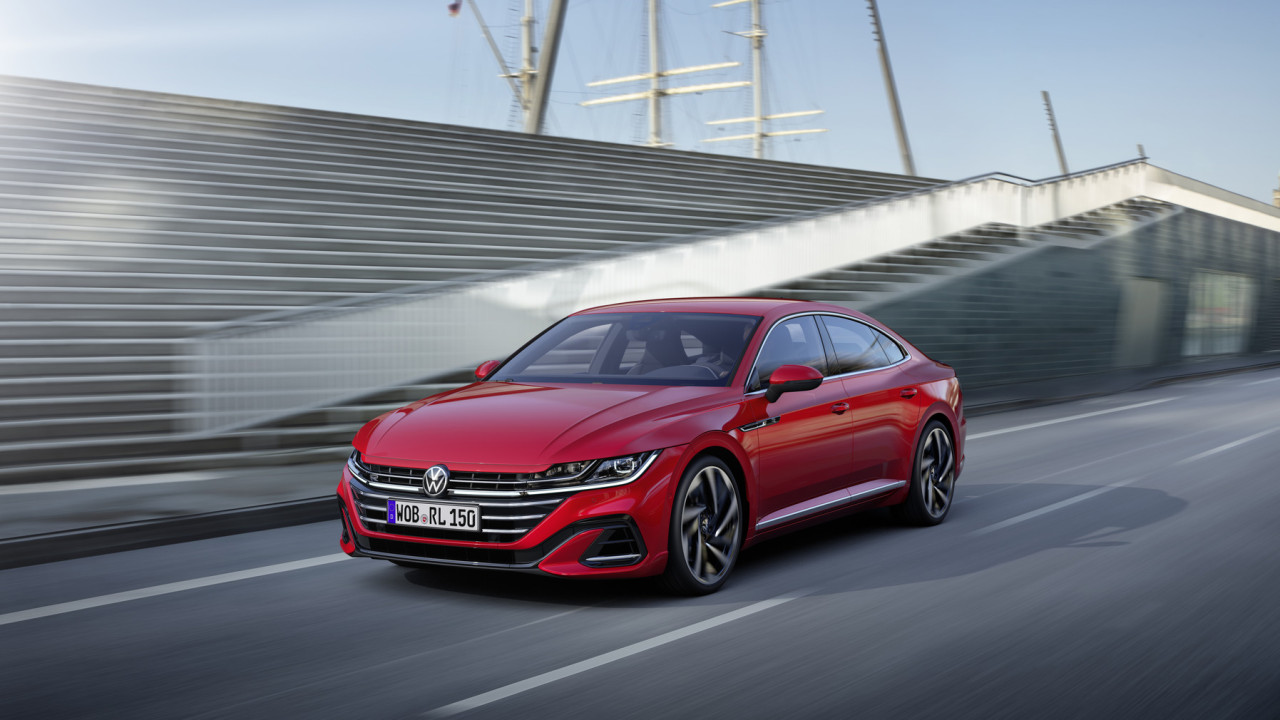 The new Arteon R-Line 4MOTION (Volkswagen Korea)
Volkswagen’s R-Line Arteon, a sportier version of the flagship sedan, made its debut in South Korea in July.

The new Arteon R-Line 4MOTION has been revamped with a bold front bumper that creates a balanced look of the chassis.

The car also comes with a 20-inch Nashville Alloy wheel, a black rear tailgate spoiler, and a quad muffler to enhance the design of the sports sedan.

Inside the car, black titanium nappa leather applied on the seats not only gives the car a sophisticated look but is also capable of tightly embracing the driver and the passengers when driving in sports mode.

The performance of the new Arteon R-Line 4MOTION has been improved from the standard model as well with the next generation EA288 evo 2.0 TDI engine that offers maximum torque of 40.8 kilogram-meters.

Diverse convenience and safety features such as a head-up display, a 360-degree area view camera, a multi-function steering wheel, and an easy-open truck are also found in the sports sedan.