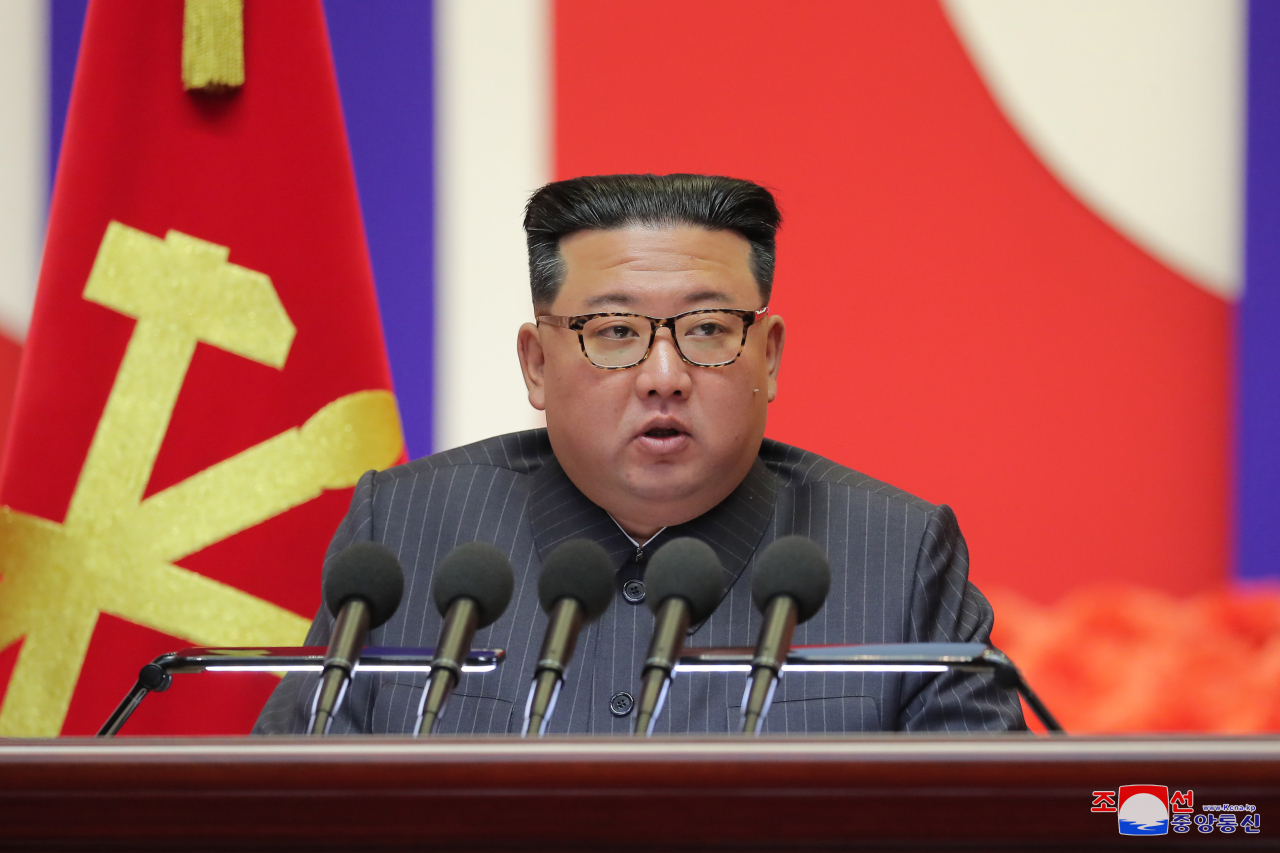 North Korean leader Kim Jong-un presides over a meeting on Wednesday. (Yonhap)
North Korea used Liberation Day, the day that marks liberation from Japan’s occupation, to highlight the importance of loyalty to the ruling Kim family.

The Rodong Sinmun, North Korea’s state-run newspaper, wrote in an editorial published Monday, “All of the people and the soldiers of the People‘s Army should be true revolutionaries who accept the ideas and leadership of Kim Jong-un as their actions in any adversity.”

Describing the independence fighters who resisted Japan’s occupation of the Korean Peninsula in the first half of the 20th century as “loyalists who sacrificed their lives to carry out their superior’s orders,” the paper stressed that the people of North Korea should be unconditionally loyal to Kim Jong-un.

Another article praised the partisans, which refers to a unit in the form of a non-regular army that fought against Japanese imperialism, as “warriors who fought only by following the leader.”

“We must inscribe the belief in our minds that if we only do what the party tells us to do, we will become stronger and richer,” it continued.

They also praised the late North Korean leader Kim Il-sung, who was an independent activist and grandfather of current leader Kim, and by doing so aim to strengthened the legitimacy of the Kim family’s hereditary privileges.

Also, through a statement published by the Korean Central News Agency on Monday, the NK government strongly condemned Japan for maintaining a hostile attitude toward North Korea without apologizing for its colonial rule and war crimes.

“If Japan keeps resisting to admit their callous crimes, keeps insulting victims and resorts to military power, the only thing left will be the stern judgment of history,” the statement read. “We are determined to be at odds with Japan to the very end.”

In particular, the statement strongly criticized the issue of forced labor and Japanese military sexual slavery, saying they are ”inhumane crimes which do not have prescription under international law,“ claiming that constant worship at the Yasukuni Shrine, which houses a number of war criminals, and history-distorting textbooks also need to be corrected.