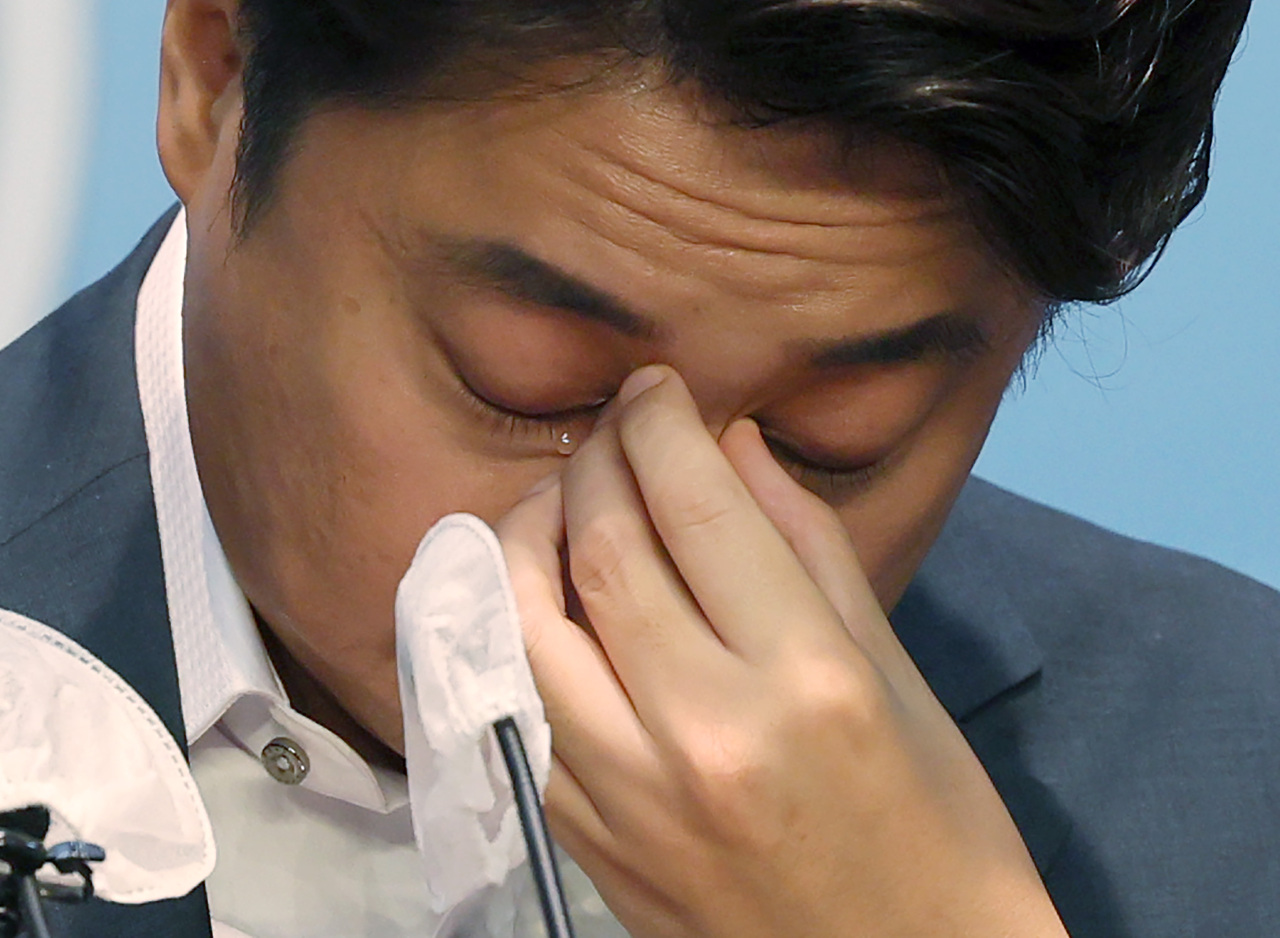 Under the party charter, Lee is supposed to lose his status as party chairman if the emergency leadership committee is established due to an emergency, including the dissolution of the Supreme Council.

Lee’s party membership was suspended last month by the PPP’s ethics committee over allegations of sexual bribery and a cover-up, though he has claimed he is innocent.

Earlier this week, Lee said he has filed for an injunction against the PPP‘s leadership transition.

A hearing for Lee’s court action will take place next week.

Lee has denounced the party for procedural errors in pushing ahead with the leadership switch.

Lee’s fate and political future are at risk depending on the court’s decision. If the court rules in favor of Lee, his political power will be immediately restored. If not, Lee will be left with political scars amid criticism for taking legal action against his own party.

On Saturday, Lee also slammed President Yoon Suk-yeol and his core associates, known as Yoonhaekgwan, for not living up to people’s expectations and losing public support.

The PPP has been in turmoil since floor leader Kweon Seong-dong, one of Yoon’s close confidants, inadvertently exposed text messages he exchanged with Yoon last month, in which Yoon was seen backbiting about Lee.

Amid the turmoil, Yoon‘s approval rating has fallen below 30 percent, an unusually low figure for any South Korean president fewer than 100 days after taking office.

Lee also pointed out the ruling bloc has lost its ability to find new social agenda and handle various tasks for the country’s future, including discrimination and justice, since he was suspended. (Yonhap)