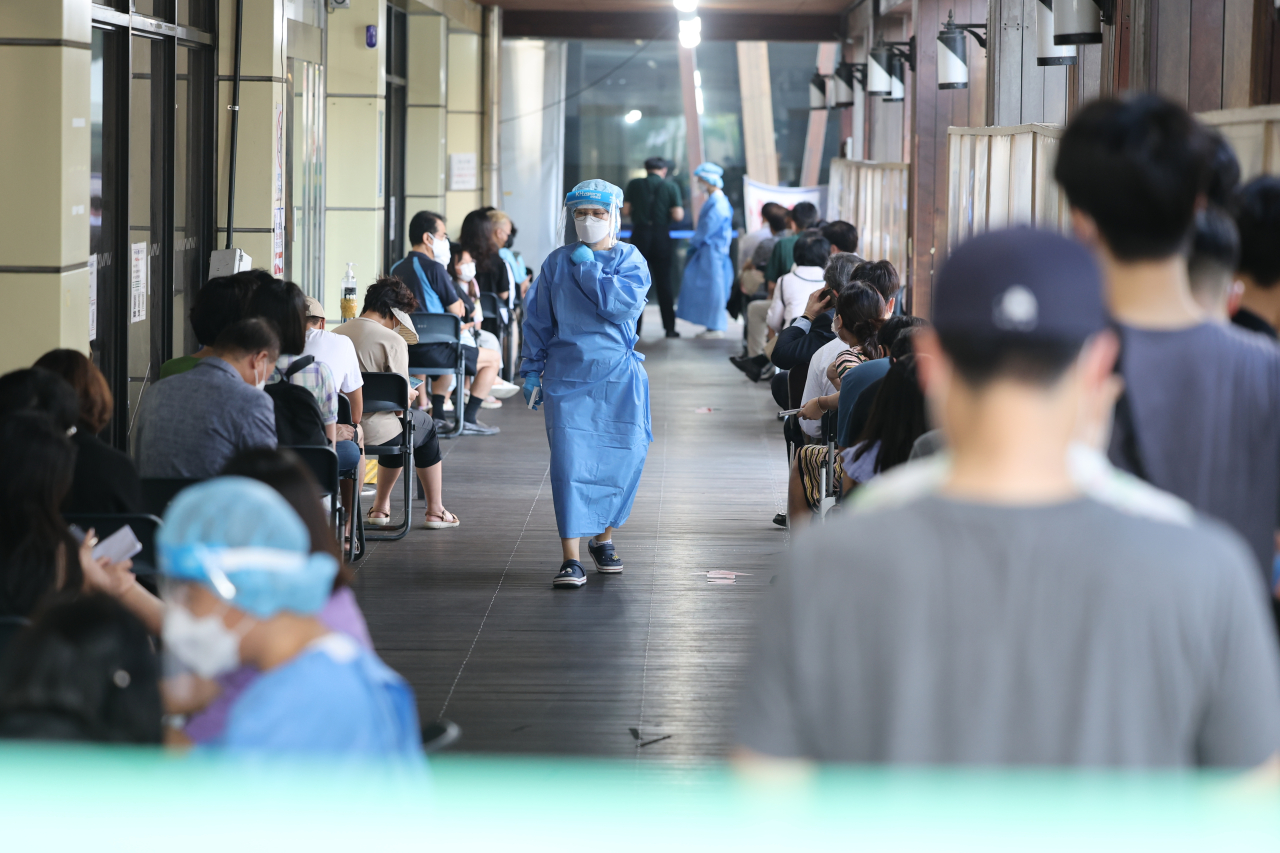 People wait in line for tests at a COVID-19 testing center in southeastern Seoul on Aug. 12, 2022. (Yonhap)

South Korea‘s new daily COVID-19 cases declined for the third straight day Saturday but remained above the 100,000 level for the fifth day in a row amid the fast spread of the omicron variant.

Of the new cases, 480 were from overseas.

The number of seriously ill patients also increased to 469, up 16 from the previous day.

The KDCA reported 67 new deaths from COVID-19, up nine from Friday and the highest since May 8, raising the death toll to 25,566.

The fatality rate was 0.12 percent.

The country’s daily COVID-19 cases have been on a gradual downturn after peaking at around 620,000 in mid-March. But infections have shown signs of spiking again since authorities lifted almost all anti-pandemic curbs in April, apparently due to increased movement and public gatherings.

Health authorities said virus cases may peak at around 200,000 this month but remained wary of a further uptick due to the impact of increased outdoor activities during the summer vacation season.

Imported COVID-19 cases have continued to rise in August, after South Korea relaxed entry restrictions for overseas travelers and resumed international flights. Daily imported cases hit a record high of 615 on Wednesday and have stayed over 400 cases this month.

There were 6,108 infections in Incheon, 27 kilometers west of Seoul. The three areas accounted for 47.4 percent of the total infection cases. (Yonhap)