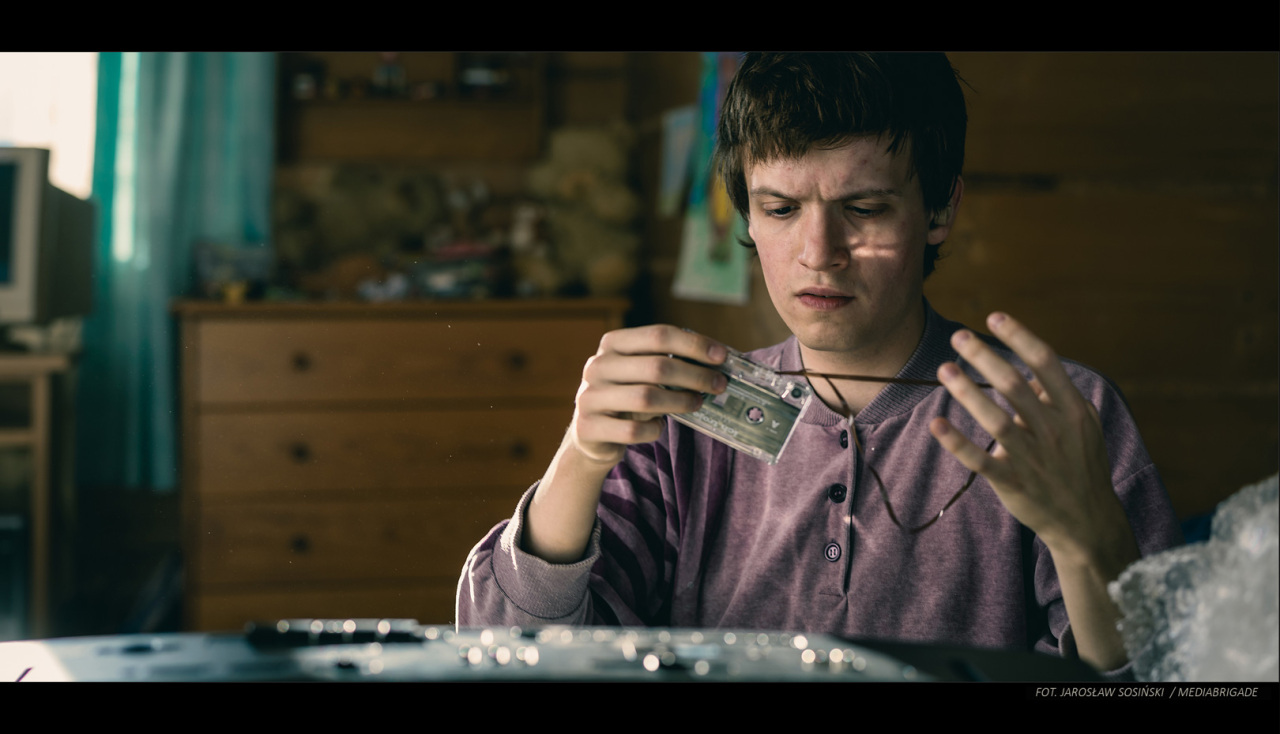 A scene from the film “Sonata” (JIMFF)
Jecheon International Music & Film Festival, the only music-themed film festival in Korea, kicked off on Thursday at the Uirimji Stage of Jecheon, North Chungcheong Province.

Returning to a full-scale format, the slogan of this year‘s six-day festival is “a tempo,” -- meaning “return to the original tempo” in music, signaling hopes for recovery from the pandemic.

The film is based on the true story of musician Grzegorz Plonka, a 14-year-old boy who overcomes hearing loss through music. The film depicts Plonka‘s passion for the piano.

Plonka paid a visit to Jecheon on Thursday and played Beethoven’s Piano Sonata No. 14, also known as “Moonlight Sonata,” on stage before the screening. Director Blaschke and leading actor Michal Sikorski were also present. 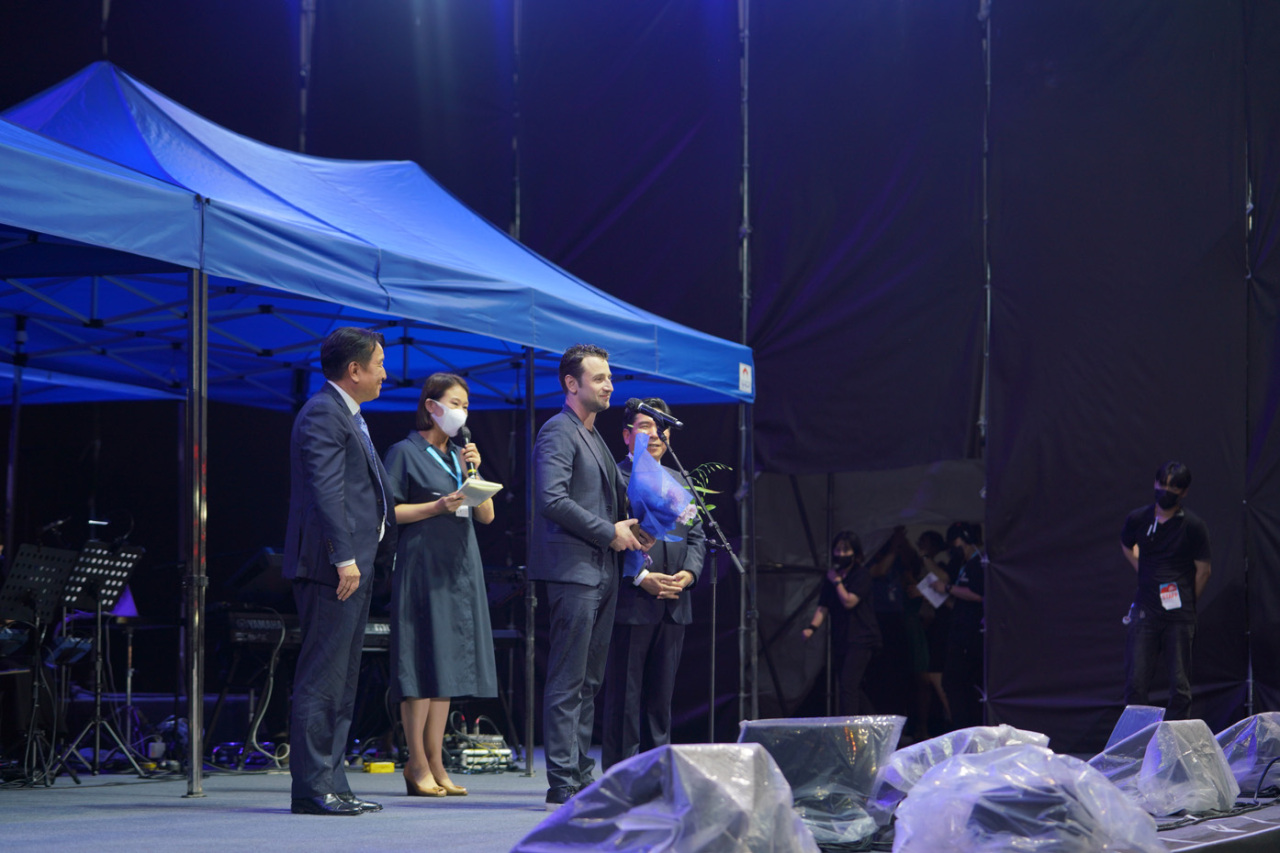 Composer Justin Hurwitz speaks after receiving the Jecheon Film Music Honorary Award, Thursday. (JIMFF)
Justin Hurwitz, the Oscar-winning composer behind the scores of “Whiplash” (2014) and “La La Land” (2016), also appeared at the festival. He received the Jecheon Film Music Honorary Award, which goes to a film music composer or a music director to recognize their influence and contribution to film music history.

Hurwitz will hold his first-ever solo concert in Korea -- as a conductor and pianist -- at 8 p.m. on Saturday, at the city‘s Airfield Stage, with Seoul Grand Philharmonic Orchestra and Jazz Bigband. 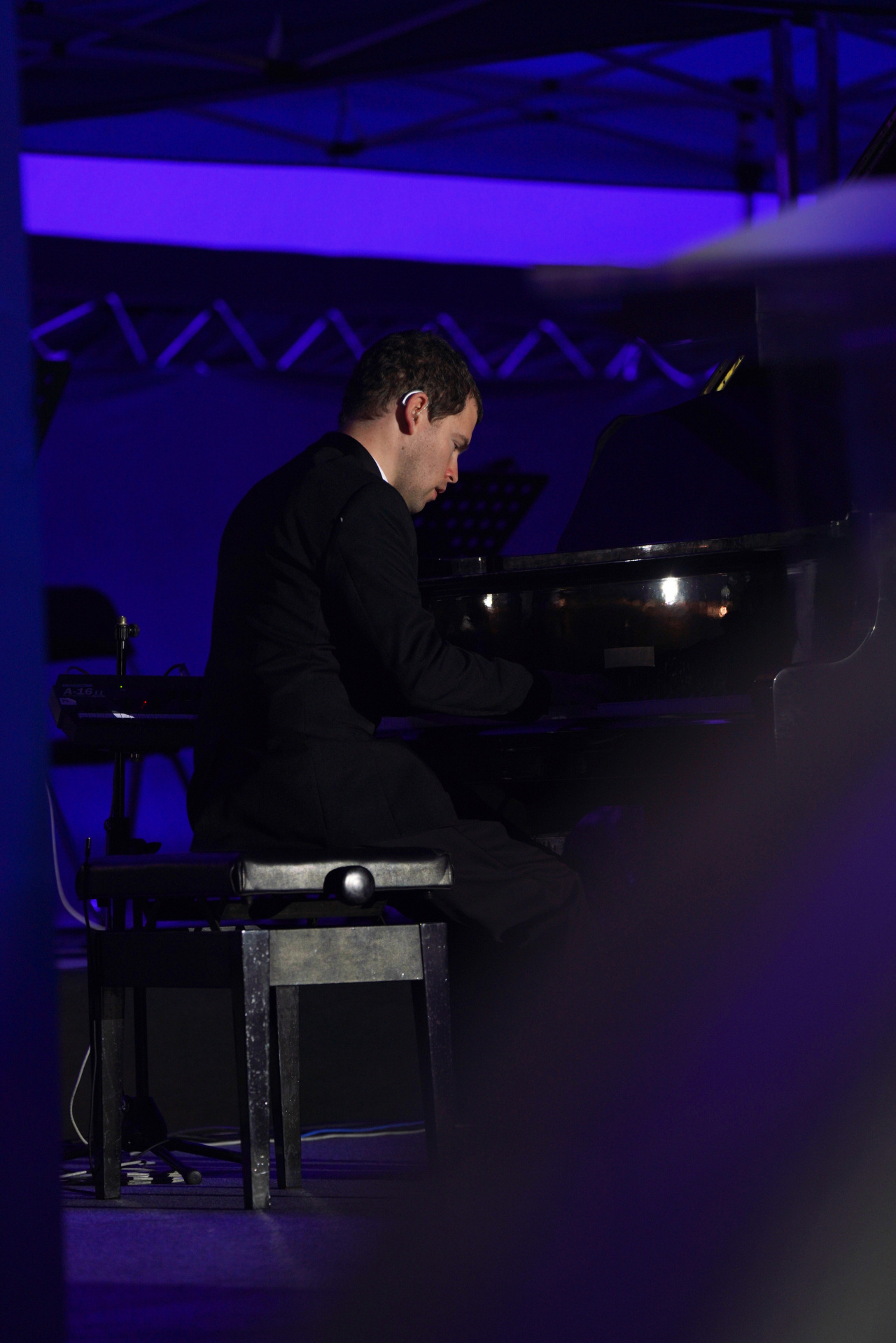 Musician Grzegorz Plonka plays the piano before the opening screening of the film “Sonata.” (JIMFF)
The festival’s key music event, “One Summer Night,” which includes an outdoor concert followed by a film screening, is scheduled on Friday and Monday night, also at the Airfield Stage.

“Film in Live,” where the audience can watch a film with a live performance of its score, is held on Friday, Saturday and Sunday at the Uirimji Stage. This year‘s screenings are the Korean film “One Fine Spring Day” (2001), animation “Leafie: A Hen into the Wild” (2011) and Steven Spielberg’s “E.T.” (1982).

The festival holds two competition sections, international and Korean. A total of 28 films were invited to compete; 11 movies in the international category and 17 in the Korean category.

Winners will be announced on Tuesday.