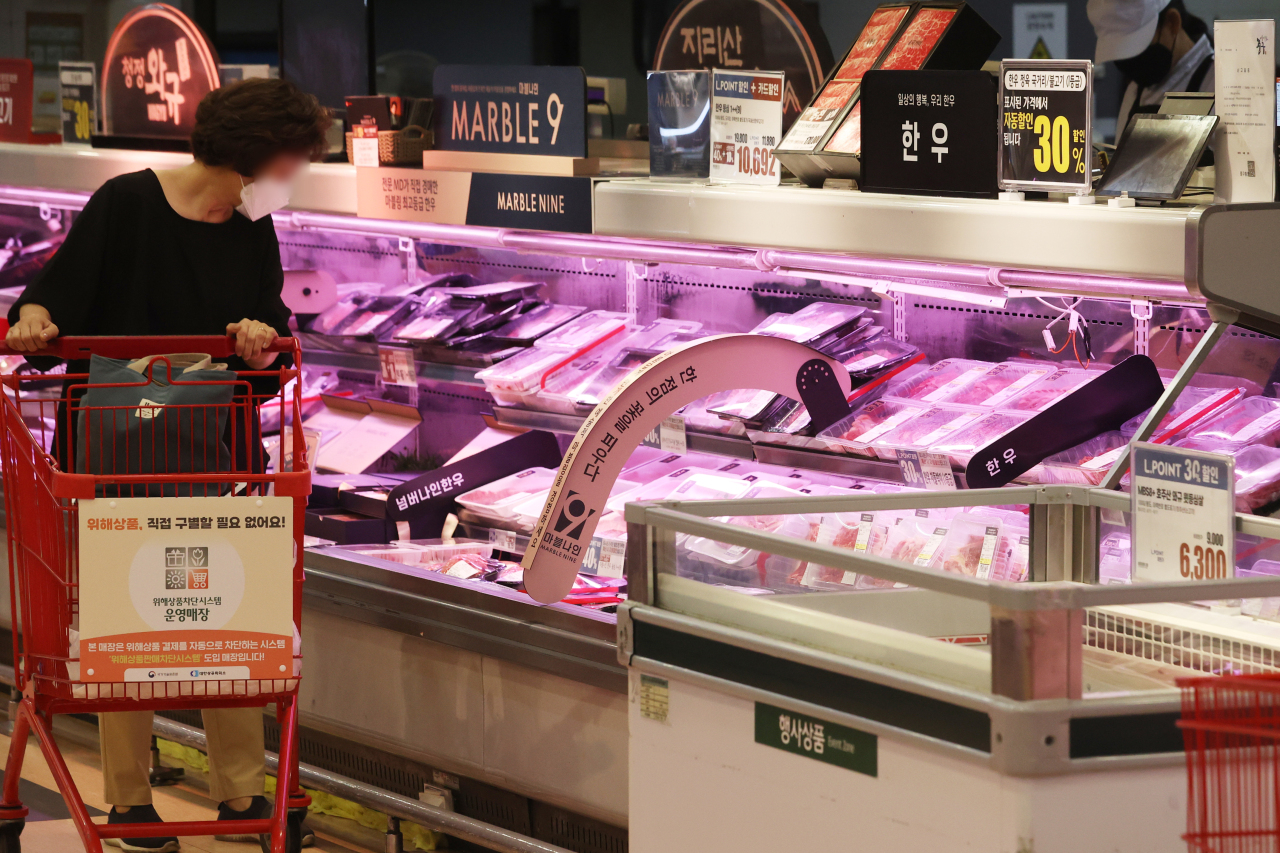 A consumer looks at livestock products at a large discount chain in Seoul on Thursday. (Yonhap)
SEJONG -- Economic policymakers are poised to take countermeasures against possible issues in the supply of agricultural and livestock products and further price climbs in the wake of the recent heavy rainfall.

At a vice-ministerial meeting in Seoul on Friday, First Vice Minister of Economy and Finance Bang Ki-sun pledged to take any necessary action, saying that “there are worries over a possible instability in the supply of agricultural and livestock products.”

He also said the government will soon make various support options available for households and farmers damaged by recent torrential rain in coordination with local governments.

According to an indicator held by the Korea Agro-Fisheries & Food Trade Corp., wholesale price tags of major field crops showed hikes after the rainfall earlier this week.

These items are mostly cultivated in Gyeonggi, Gangwon and North Chungcheong, the provinces which have been hit hardest by the rainfall.