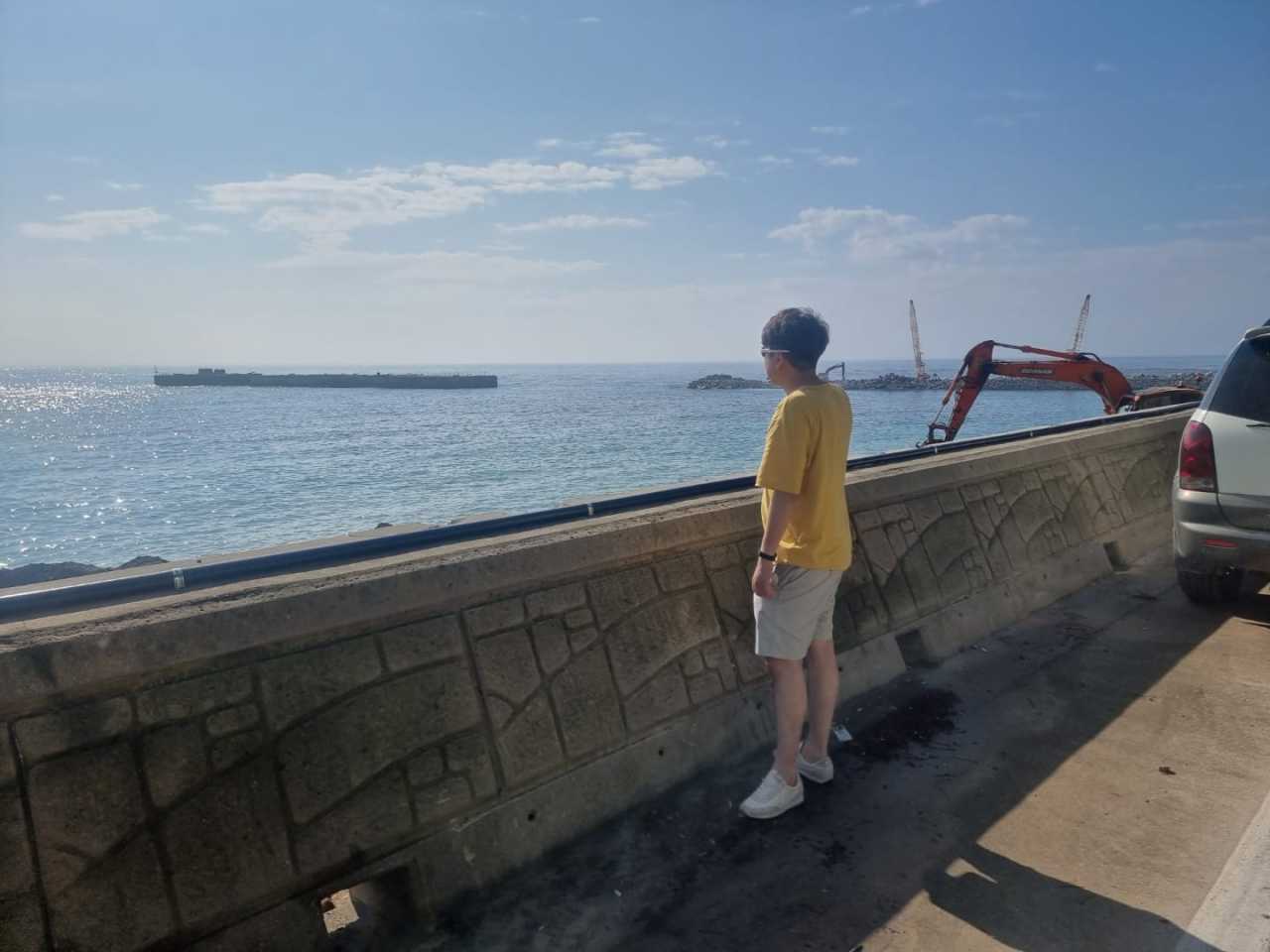 Lee, suspended from serving as party leader, shared this photograph of himself in Ulleungdo, an island off the east coast of the Korean peninsula, on July 26. (Yonhap)
Lee Jun-seok, the ruling People Power Party’s exiled leader, on Wednesday asked the court to block the launch of a new party leadership while he is under suspension over sexual bribery allegations.

Lee filed for an injunction with a Seoul court on this day to stop the party from moving forward with an interim leadership. The party on Tuesday formed an interim committee of leaders with Rep. Joo Ho-young as the chair, as it readies for an official transition.

The shake-up in leadership comes after many of those who served alongside Lee stepped down since he was handed a six-month suspension in early July by the party’s ethics committee. The ethics committee decided to suspend him after finding that he “damaged the party’s dignity” by trying to cover up possible evidence supporting allegations he accepted sexual favors from a business person.

Lee has warned he wouldn’t go down without a fight.

“I’m taking this to the court. I’m not going to a new party,” he said Tuesday on his Facebook, in response to speculations that he may find or create another party which wouldn’t be the first time. In 2017, he had left to join the short-lived Bareun party, which was rebranded as the Bareunmirae party a year later. Both parties are now defunct.

“You can attack Lee Jun-seok, and accuse him of ‘picking fights’ all you want. I just find it funny that I’m the one who is ‘picking fights’ according to these people. What the leader says is the party’s stance, and it’s usually an act of revolt to disagree with him,” he wrote in another Facebook post on Saturday.

Saturday’s post follow a leaked private text message conversation between Rep. Kweon Seong-dong -- the ruling party’s floor leader who had been filling in for Lee over the past month -- and President Yoon Suk-yeol. On the screen of Kweon’s cellphone showing the text messages, photographed by a reporter, a sender identified as the president described Lee as “picking fights within his own party.”

Lee’s rift with the rest of the party leadership has been on full display in a series of his recent Facebook updates.

After the party announced transition from the current leadership, which Lee is part of, he compared them to villains of a J.R.R. Tolkien saga, “The Lord of the Rings,” Gollum and Nazgul, in a post dated July 31.

Since before he was barred from serving as the party leader Lee has frequently taken to the social media platform to share with his followers his opinions, whereabouts and sometimes cryptic messages.

As he began to lose ground among his colleagues at the party amid ongoing allegations that he received sexual bribes, he wrote on Facebook on June 29: “Why overthink. Let’s all run in a direction those people cannot handle.”

Lee was inaugurated in June last year as the youngest-ever leader of a major political party.

In a June 12 press conference marking his 1 year in office, he said in a message to the rest of the party: “Please don’t make me turn against you.”