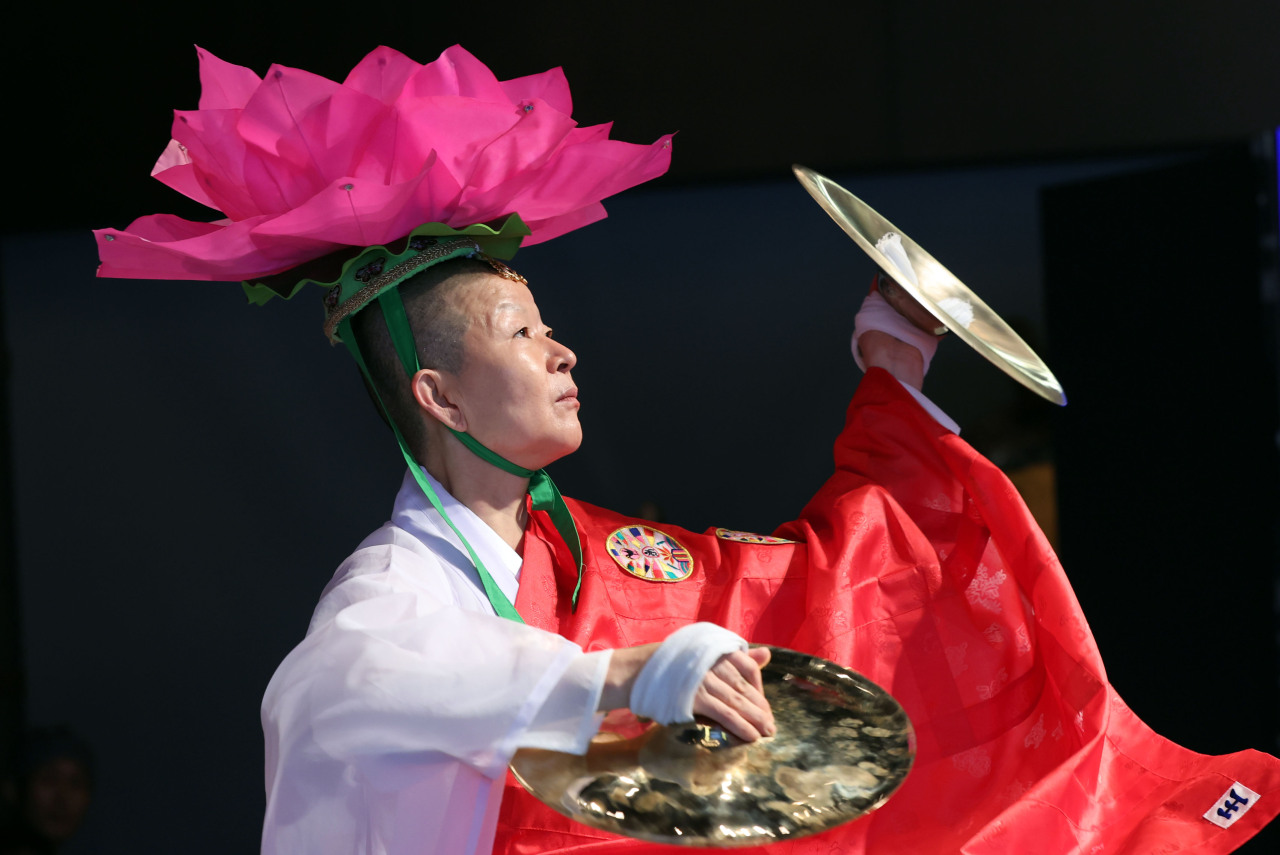 Marking its third year, this year’s festival, titled “World Heritage in Transit,” will take place in Andong and Yeongju in North Gyeongsang Province, Suwon in Gyeonggi Province, and Jeju Island, from Sept. 3 to Oct. 22. The festival will showcase the nation’s UNESCO World Heritage Sites through performances, exhibitions and hands-on experience programs presented in major locations.

The festival will kick off at a theme house built by renowned architect Seung Hyo-sang, at the Andong Hahoe Folk Village in Andong. The festival’s opening performance, “I am Confucianism: The Real Confucianism,” will be held for three days at 7 p.m., from Sept. 2 to 4.

A musical performance called “Pungryubyeongsan: Song of Incense” will meet visitors at the Andong’s Byeongsan Seowon, while an activity program, “Three Days at Byeongsan Seowon” will give an experience of what life at seowon was like for Joseon-era elites.

At Buseoksa in the city of Yeongju, an hour-drive north from Andong, a contemporary dance performance, “Myungmujeon: Giteuk-Giteuk” led by veteran choreographer Ahn Eun-mi, will take the stage at 1 p.m., on Sept. 10 and 11.

“Myungmujeon will be an hourlong performance that travels with audiences through the long and narrow pathways, a trait unique to Buseoksa,” Ahn told reporters upon performing a short piece of the show at a press conference held on Wednesday, in Jung-gu, central Seoul.

“I was born in Yeongju, and a personal fan of Buseoksa. I chose this project thinking I can be a good storyteller to spread the historical importance of the temple site.” Ahn said.

The Suwon Hwaseong segment of the festival will take place from Oct. 1 to 22.

The overarching theme of Suwon’s program centers around Uigwe, which refers to a vast collection of books detailing the royal rituals and ceremonies of the Joseon period. Uigwe is listed as a UNESCO Memory of the World Heritage in 2007.

In a creative play dubbed “Villagers of Suwon Hwaseong,” actual residents of Suwon will act as characters depicted on Uigwe. Another show, “Feel the taste of King’s Kitchen,” will delve into hidden stories of King Jeongjo’s royal cuisine. Nighttime tours and plogging run programs will also be open.

The Jeju part of the festival runs from Oct. 1 to 16, with a total of nine programs that explore the natural heritage sites of the island.

Those who would like to experience the island up-close can join the six-day walk along Jeju’s key natural heritage sites, called “World Natural Heritage Pilgrimage,” from Oct. 11 to 16. Participants of the “World Natural Heritage Special Expedition Team” will be given an experience to travel deep into Jeju’s caves that are normally off-limits to public, including Bengdwigul, Manjanggul and Gimnyeonggul.

A detailed itinerary of the festival’s program can be found at the 2022 World Heritage Festival’s website.