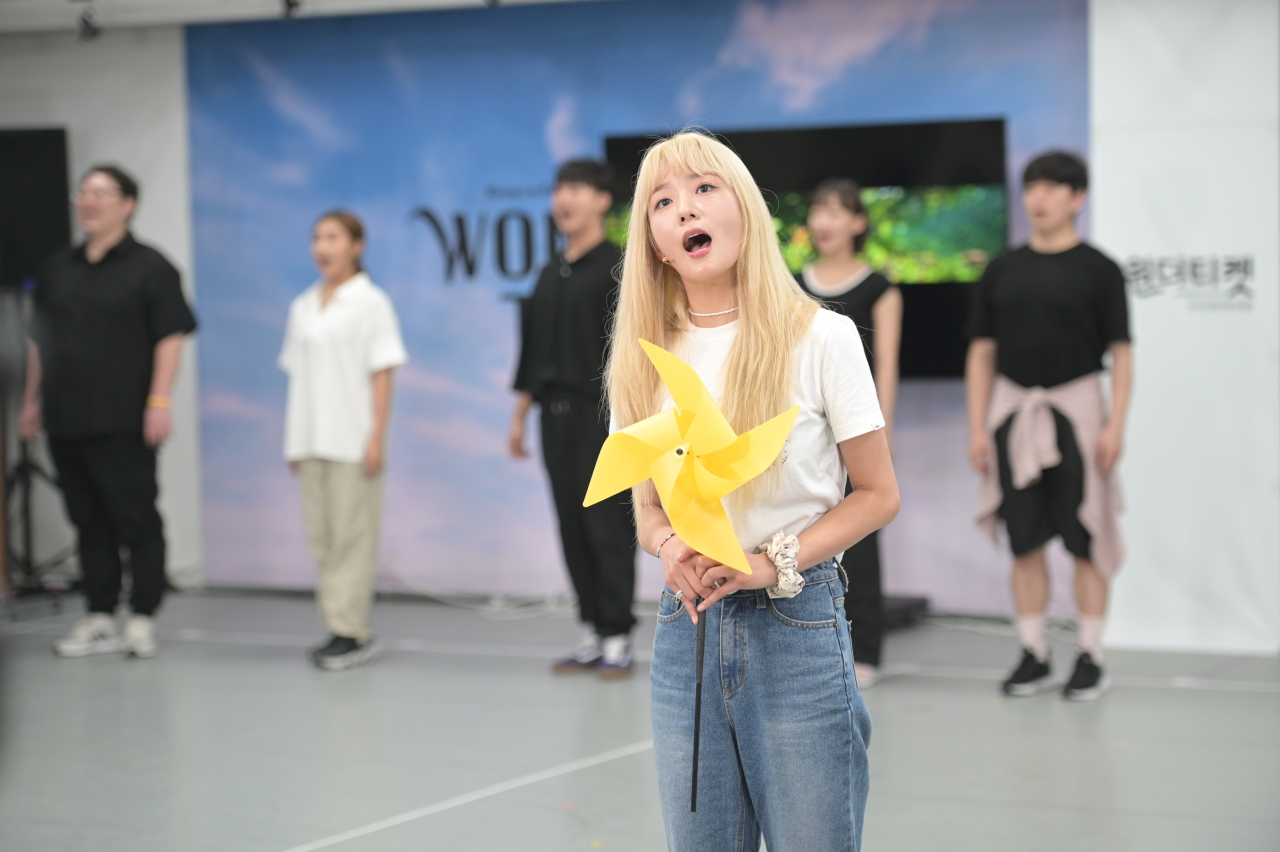 Girl group Apink’s Yoon Bomi performs during a press conference of musical, “Wonder Ticket” held Tuesday, at Hoyeonjae in Jung-gu, northern Seoul. (KTO)
What if a rusty train that had stopped its operation between the two Koreas for over 70 years can move back in time through a wish that transcends generations?

The musical “Wonder Ticket” centers around such plot, with a young girl listening to her grandfather’s love story and reminiscing on his days before the division of the Korean Peninsula.

The musical, which debuted in 2020 during the pandemic, is making its third run outdoors at the Pyeonghwa-Nuri Park in the Imjingak area of Paju, Gyeonggi Province, just south of the Demilitarized Zone (DMZ).

Organized by the Ministry of Culture, Sports and Tourism and the Korea Tourism Organization, the musical was inspired by an actual steam locomotive that stands at Imjingak’s Jangdan Station on the Gyeongui Railroad Line. The locomotive had derailed and stopped on Dec. 31. 1950, from an attack while on its way transporting military supplies during the Korean War.

The locomotive that had once run without limits within the Korean Peninsula before the division is currently registered as a cultural heritage by the state.

The musical’s first series of performances were streamed online due to the pandemic, followed by a second one last year performed in an art hall in southern Seoul with a limited audience due to COVID-19 restrictions.

This year’s show will run from Sept. 7 to 11 at Paju’s Pyeonghwa-Nuri Park, and move to perform at the Inje Haneulnaerin Center’s Grand Theater in Inje-gun, Gangwon Province, from Sept. 16 to 18.

“Our original plan when we first came out with the plot for this musical is finally happening after three years,” director Choi Kwang-il said during a press conference on Tuesday, held at Hoyeonjae, a musical actors’ practice hall in Jung-gu, northern Seoul. “The outdoor stage set up near the DMZ will hopefully fully immerse audience members into the story, and make them feel as if they are one of the passengers on a ‘wonder ticket’ journey.” 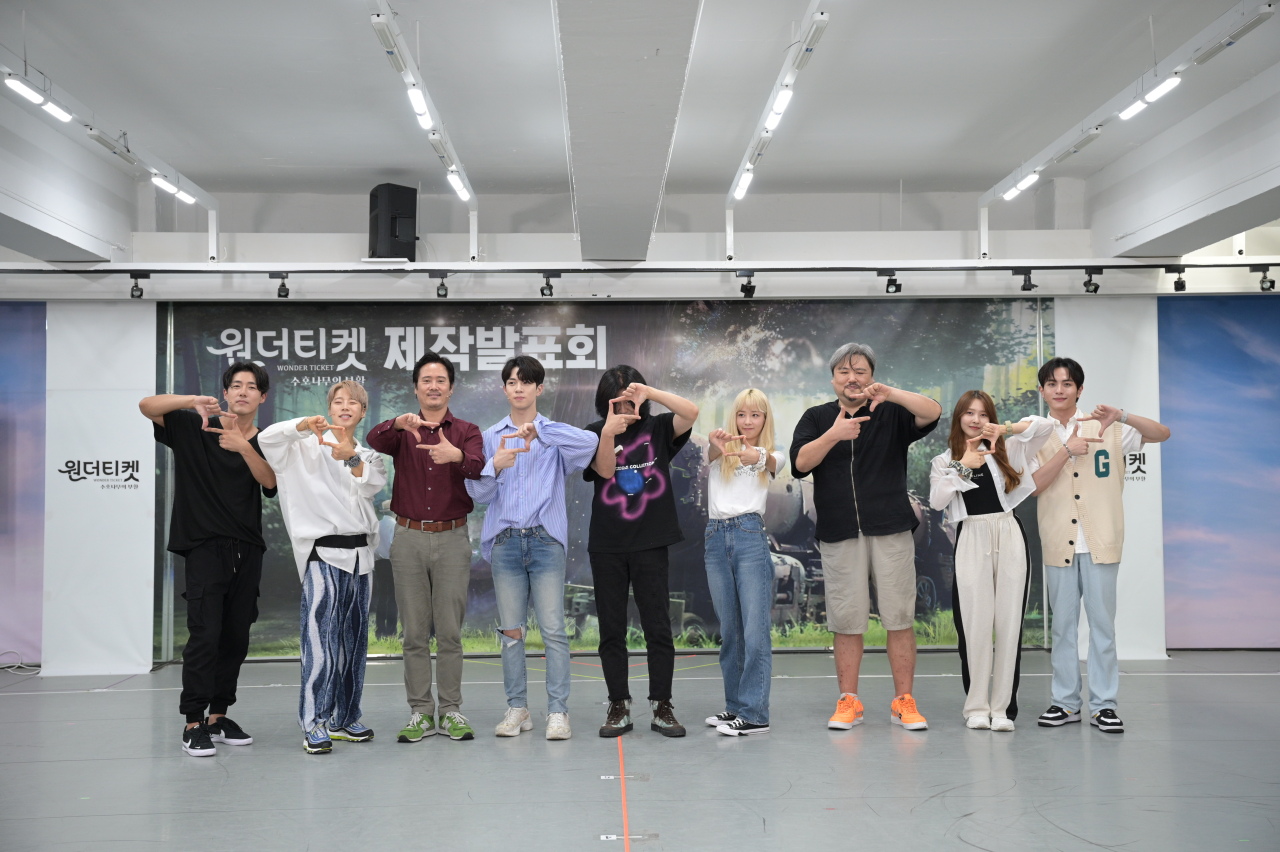 The stars of musical “Wonder Ticket: Resurrection of the Guardian Tree” pose during a press conference held on Tuesday at Hoyeonjae in Yaksu-dong, northern Seoul. (KTO)
Choi mentioned the symbolic Pink Floyd live performance held at the Berlin Wall site in 1990, eight months after it was brought down.

“I hope the DMZ area will become a peace tourism area when the pandemic comes to a complete end. People from around the globe can come to think of the painful history underlying Korea, in a familiar and approachable way.”

In efforts to make the settings back in time not so obvious, this year, an augmented reality technology and visual effects laser performance are also combined to the existing elements of the musical, which brands itself as a “Korean blockbuster musical.”

Ticket reservations can be made through the ticketing website Interpark.