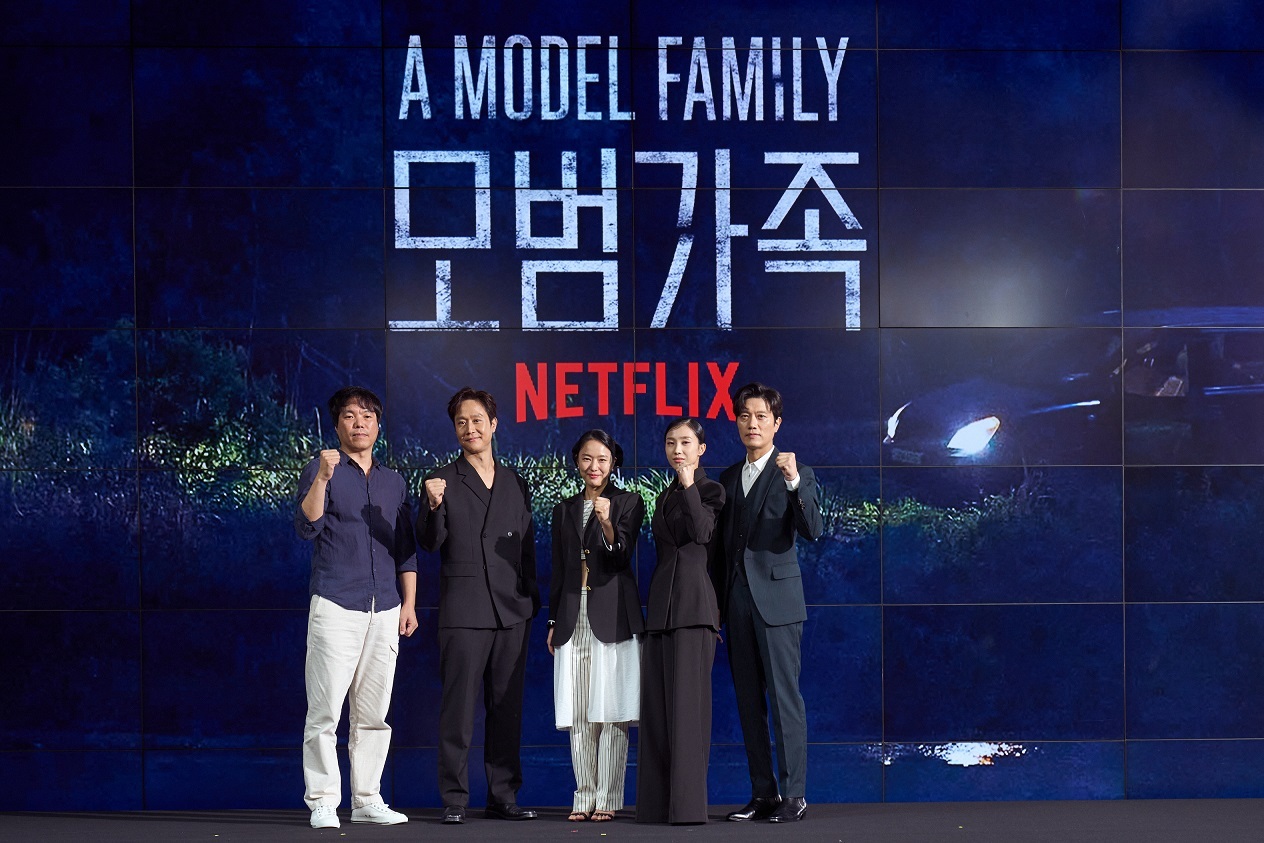 From left, director Kim Jin-woo, actor Jung Woo, Yoon Jin-seo, Park Ji-yeon and Park Hee-soon pose for photos before a press conference at JW Marriott Dongdaemun Square Seoul on Tuesday. (Netflix)
Debuting this Friday, crime-thriller “A Model Family” tells an entangled story of an ordinary-looking family that gets dragged into a string of disastrous incidents after making one wrong choice.

Explaining the title, director Kim Jin-woo said he wanted to look into the meaning of “family” and “model” by portraying different groups of people who are bound under the name of “family.”

“When we say something is exemplary, it’s usually an evaluation given from the outside. I wanted to portray that an exemplary family on the outside has a totally different image when looking from the inside,” said the director, who was also behind the second season of Netflix’s “Love Alarm,” during a press conference Tuesday.

The story centers around Dong-ha (played by Jung Woo), an ordinary man trying to make a living for his family. However, his career as a part-time instructor at a university doesn’t work out, driving him to the verge of bankruptcy and divorce. After he stumbles on an abandoned vehicle with a bag full of money -- along with two bodies, he becomes tangled up with a criminal gang. 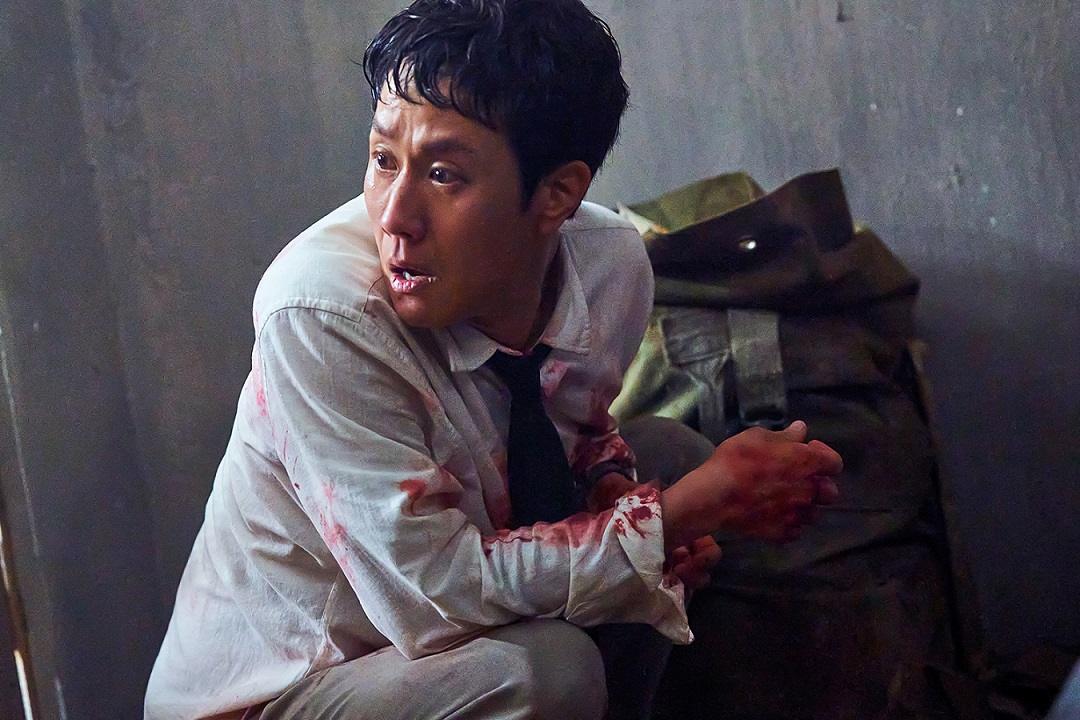 A scene from “A Model Family” (Netflix)
“I was so drawn into the story when I first read the script. I could picture the scenes in my mind because the script was so detailed,” said Jung.

Jung said he had to shed some weight to portray an ordinary family man which was different from his previous characters.

“I lost about 4 kilograms to deliver Dong-ha’s plain image. … I have played several roles as ordinary citizens. But Dong-ha finds himself in an extreme situation and gradually changes as the story goes on. I was drawn into the character’s double-sidedness.”

Jung recalled being pushed to exhaustion while filming certain scenes.

“In one scene, I am digging the ground with my bare hands. I thought it wouldn’t be that difficult when I first read the scenario. But with Dong-ha tied in extreme conditions, mentally and physically, it wasn’t easy,” Jung said. “And because I was chased all the time, I remember just collapsing on the ground to catch my breath after the take.” 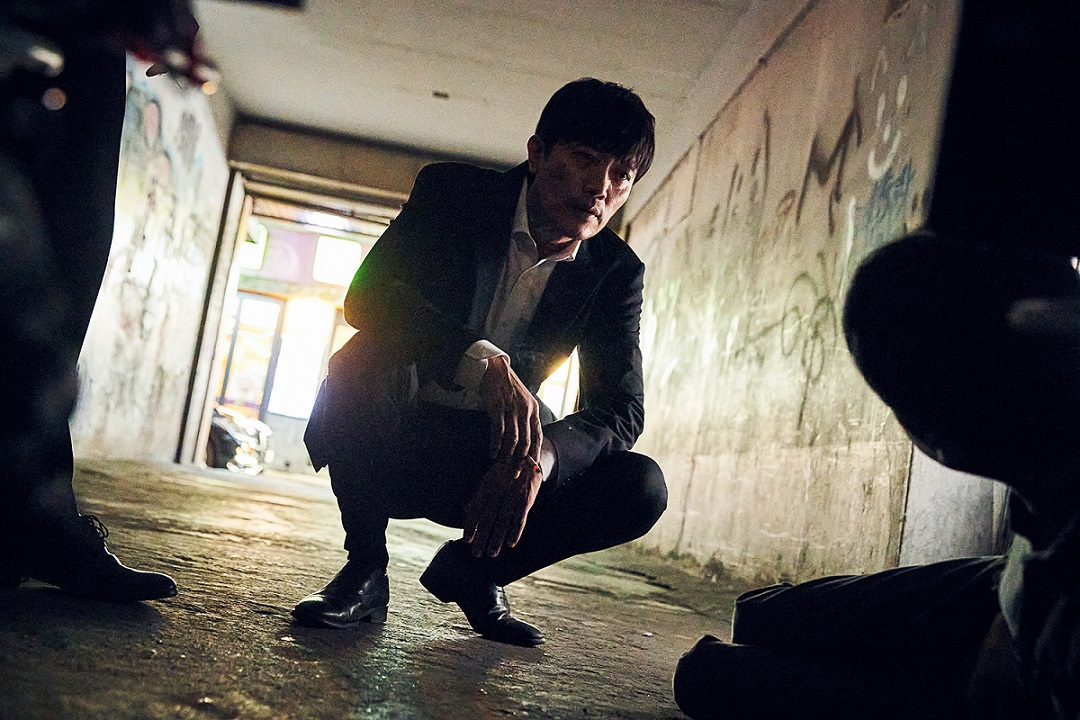 A scene from “A Model Family” (Netflix)
Tracking panic-driven Dong-ha is Gwang-cheol, the second-in-command of a drug cartel, who suspects that he might soon be ousted from the gang.

Actor Park Hee-soon, of Netflix’s “My Name” (2021), returns as another villain in the latest series. Park, who plays a shady member of the cartel, said Gwang-cheol is a different kind of evil compared to Mu-jin of “My Name.”

“If Mu-jin has something fiery inside, Gwang-cheol is dry and empty. I wanted to deliver the different atmosphere to the character,” said Park.

“(Park and) I discussed and agreed that if Mu-jin’s evilness comes from external relationships, Gwang-cheol’s wickedness comes from inside -- a deficiency, or something he lacks inside,” the director added. 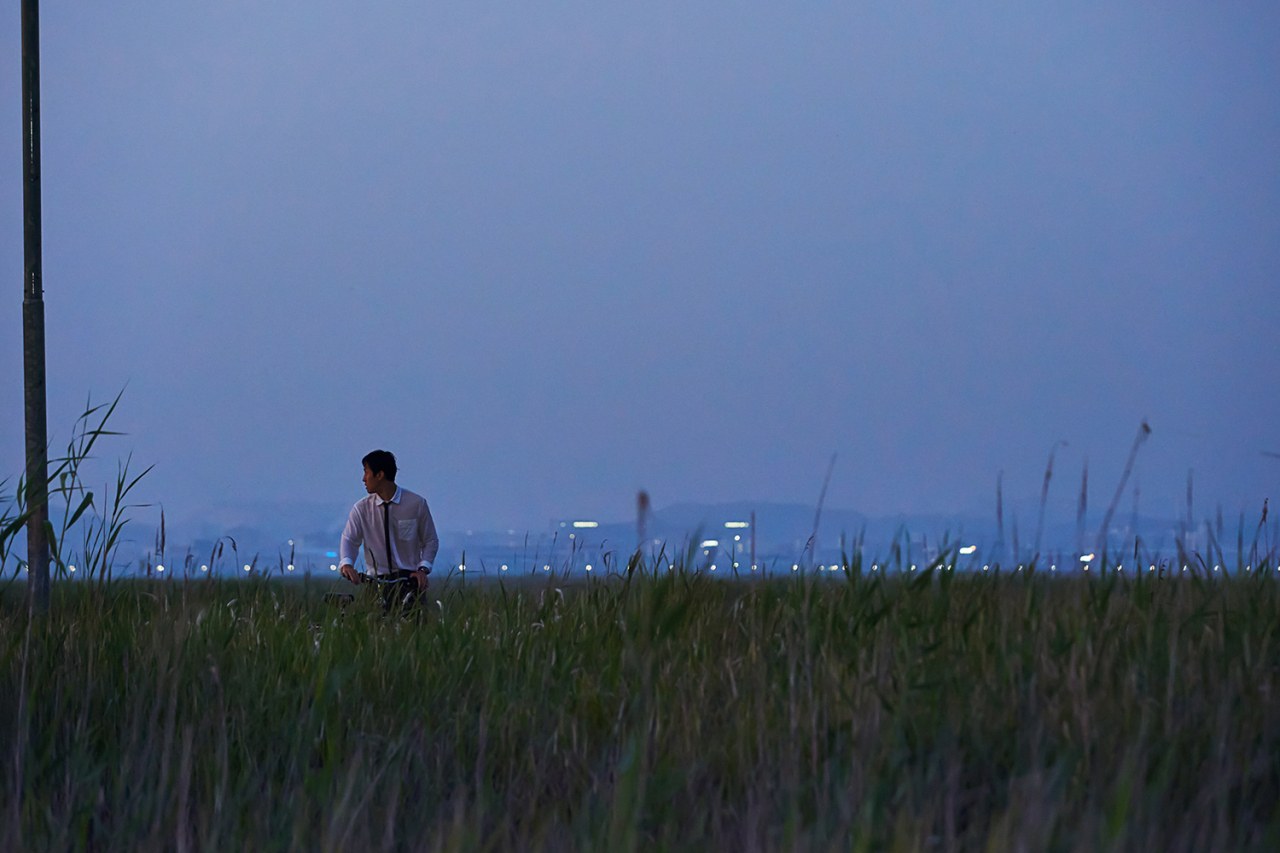 A scene from “A Model Family” (Netflix)
The actors also drew attention to the series’ mise-en-scene and setting that make the 10-part drama worth watching.

Park recalled that he mostly filmed during dawn or dusk when he didn’t have much time to spare.

“I usually had my part outside at dawn or sunset because director Kim wanted to capture the natural scenery. We only had 10 to 20 minutes so I was always under the pressure of time limit,” Park said, laughing.

The director said it was to capture the “tense yet dreamy atmosphere” of the twilight hours, even though he knew it was difficult on the actors.

Also starring Yoon Jin-seo, who plays Dong-ha’s wife, and Park Ji-yeon, as the lead investigator of the narcotics team chasing after Dong-ha and Gwang-cheol, “A Model Family” is slated for release on Netflix on Friday.