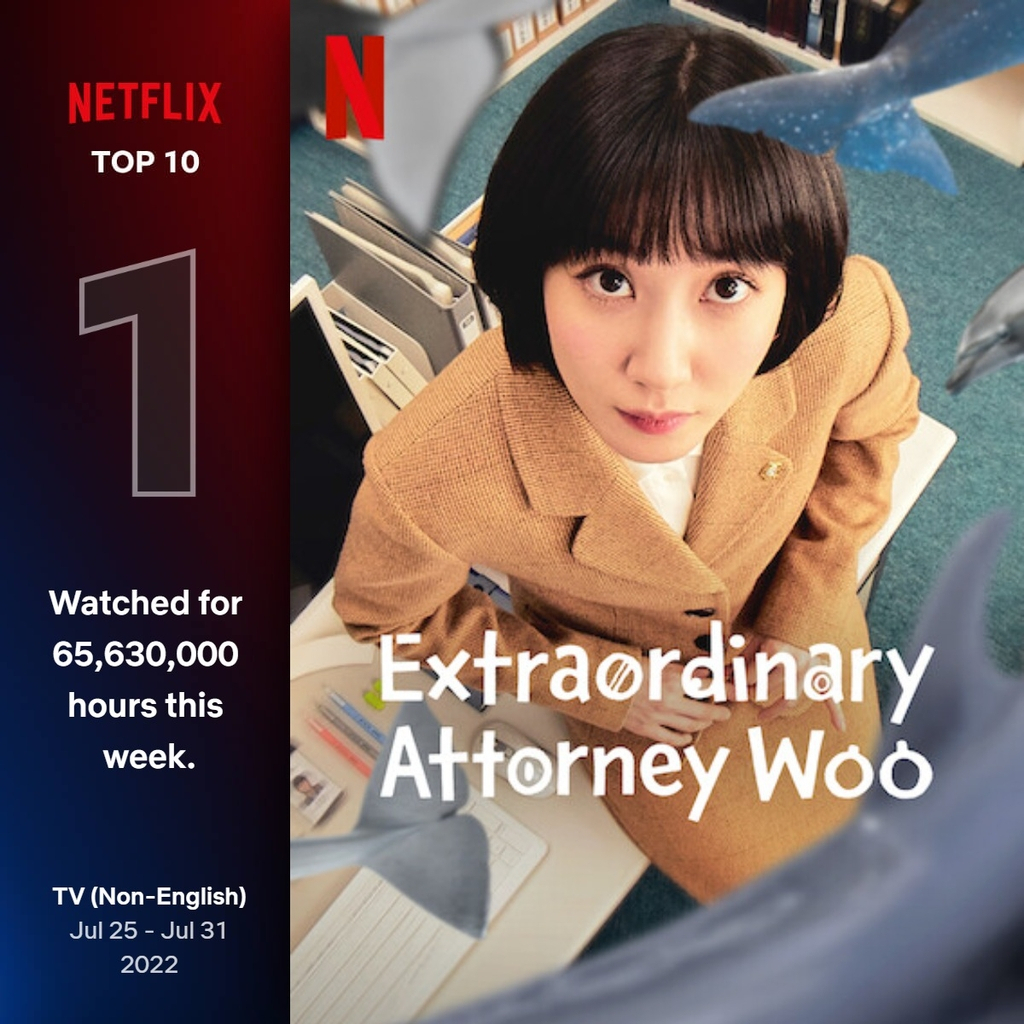 This image provided by Netflix highlights that "Extraordinary Attorney Woo" placed No. 1 on Netflix's weekly top 10 chart for non-English TV shows for the last week. (Netflix)

The TV series, which has aired every Wednesday and Thursday on the cable channel ENA since June 29, marked 65.6 million hours of viewing for the week of July 25-31 to lead Netflix's official top 10 list for non-English TV programs available on the service, according to the company.

It rose one notch from second place a week earlier, while last week's No. 1, "Alba," dropped to second with 33.5 million hours. The 16-part Korean-language show has stayed in the top 10 for a total of four weeks, including three No. 1 finishes.

"Woo" revolves around a lawyer named Woo Young-woo (Park Eun-bin), who is brilliant with an outstanding memory but lacks social skills and empathy due to being on the autism spectrum. (Yonhap)