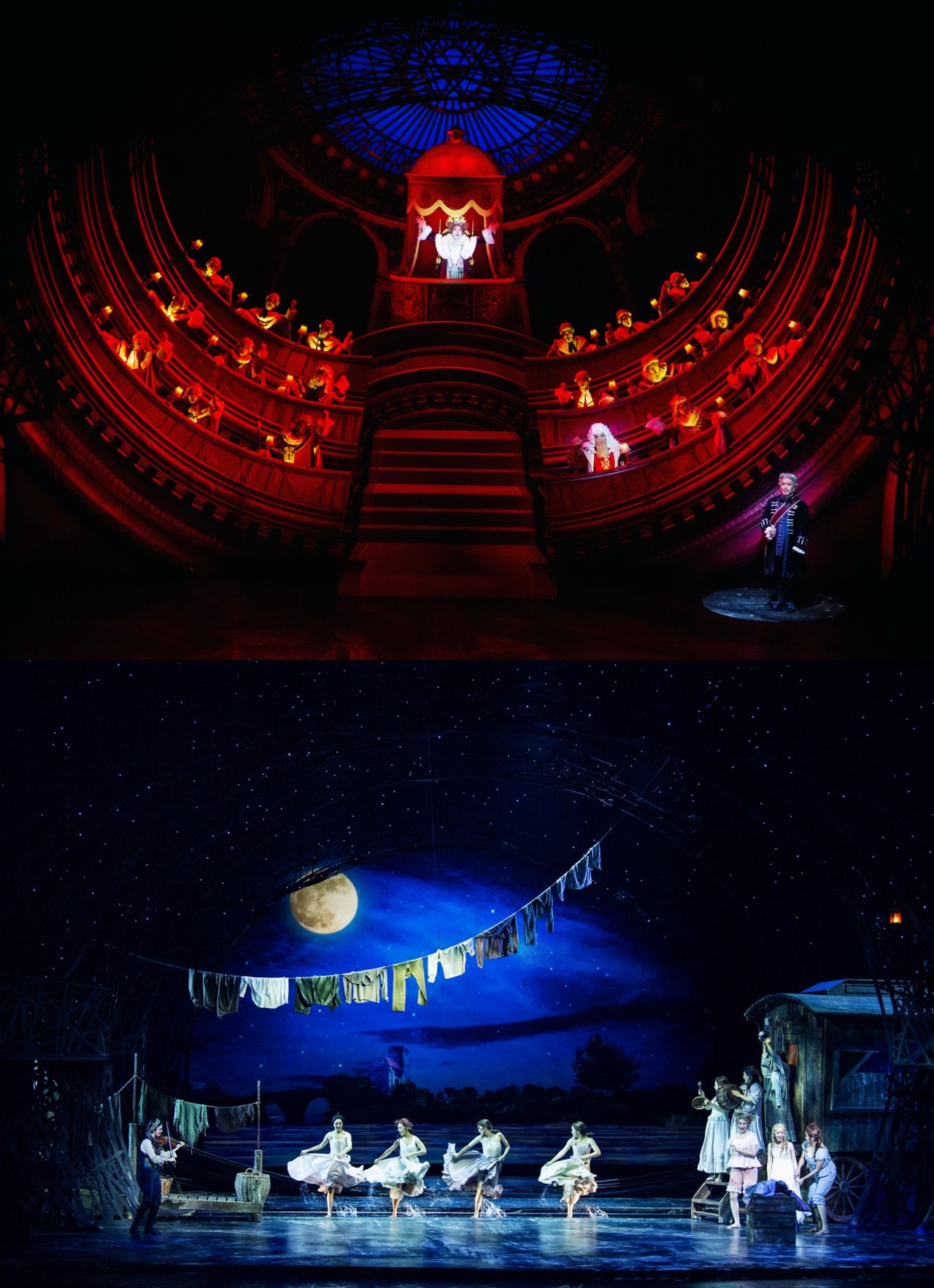 The musical “The Man Who Laughs” takes the audience to the House of Lords (top) to a village where a traveling theater performs. (EMK Musical Company)

French writer Victor Hugo’s 1869 novel, “The Man Who Laughs,” went onstage in South Korea as a musical in 2018. Best known for “Les Miserables” and “The Hunchback of Notre-Dame,” Hugo’s works have inspired many musical and film adaptations. Hugo’s lesser known “The Man Who Laughs” inspired the EMK Musical Company to create a musical version of the story and in its third production this year, the musical shows the power of the synergy created when a great story meets a famous team.

Set in England at the turn of the 18th century, “The Man Who Laughs” follows Gwynplaine, whose face was deformed by Comprachicos when he was a child for the amusement of the rich. Stuck with a permanent smile, he is taken in by Ursus, a gruff traveling man, along with a blind baby who Gwynplaine finds abandoned in the snow.

Fifteen years later, Gwynplaine and Dea are all grown up and are part of a traveling carnival in which Gwynplaine performs as “The Man Who Laughs.” He encounters Josiana, the beautiful sister of ugly Queen Anne at the carnival. Josiana attempts to seduce Gwynplaine, who becomes torn between the beautiful rich Josiana and his childhood friend Dea. Later, it is revealed that Gwynplaine was the kidnapped son of the late Lord Clancharlie, and inherits a vast fortune along with the title of Lord. With his newfound power, he hopes to change the world by shedding light on the existence of those living in the shadows of society, but it is not so easy for the laughing man.

Although this story has long been in the ranks of the classics, a great plot doesn’t guarantee the success of a production. The musical “The Man Who Laughs” shows the synergy that results when a great story meets with a skilled creative team and actors with powerful voices. An international team takes a lot of the credit for the musical’s smooth run through a prison, carnival and the lavish House of Lords with the help of familiar melodies created by composer Frank Wildhorn, who has worked on several other original works for EMK.

Under the direction of Robert Johanson, who wrote the script, the music by Wildhorn and lyricist Jack Murphy empowers the core elements of this tragic story. Set designer Oh Phil-young and costume designer Gregory Poplyk have created outstanding and absorbing visuals onstage. 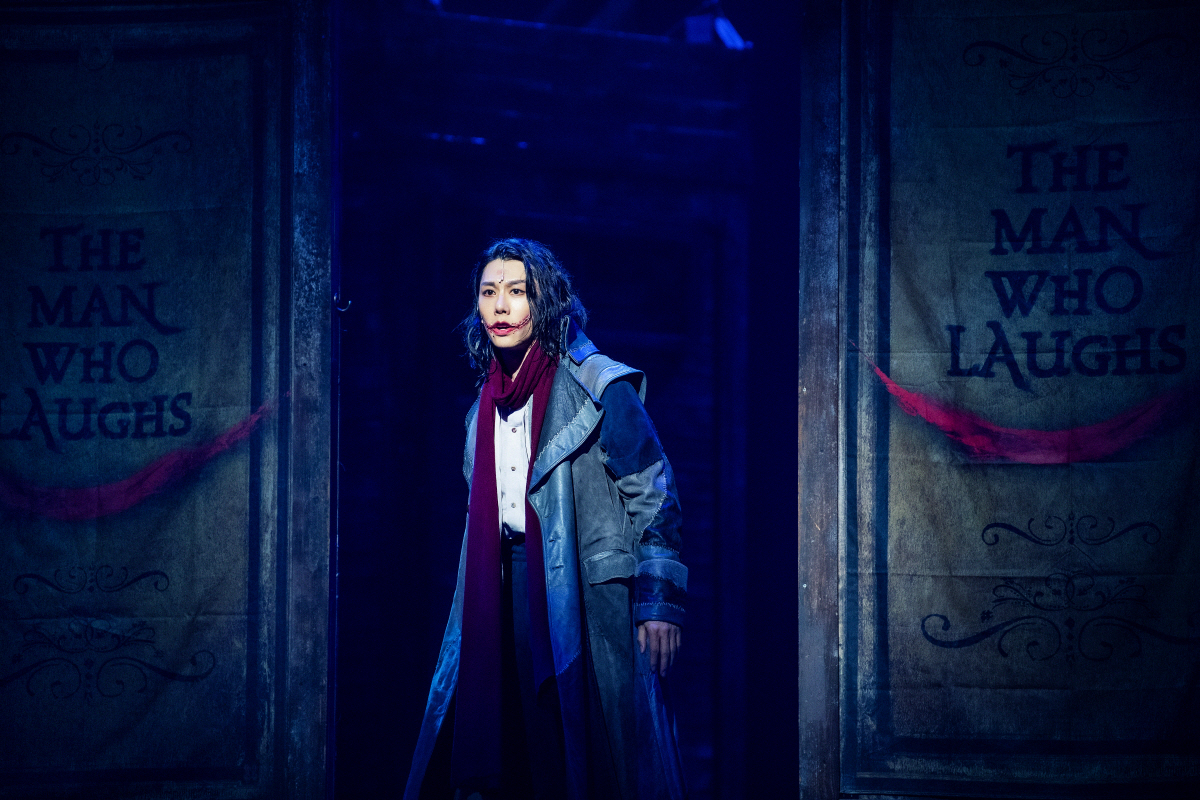 Yet, the successful run of “The Man Who Laughs,” taking place during COVID-19 pandemic, was likely impossible without its star actors. Unlike Broadway and the West End, which rely heavily on tourists attending theater, South Korea’s musicals depend on star actors. “The Man Who Laughs” features top actors in its lead and supporting roles.

In a concept familiar to Korean audiences, the lead role in “The Man Who Laughs” is equally shared by three actors who all happen to have the same surname, Park. Actors Park Hyo-shin, Park Gang-hyun and Park Eun-tae all have a broad fan base.

Singer-turned-musical-actor Park Hyo-shin has even caused “picketing,” a coined term that combines “pi” (blood in Korean) and “ticketing” to mean that getting your hands on a ticket is “bloody difficult.”

“The Man Who Laughs” runs at Sejong Center in Seoul until Aug. 22.