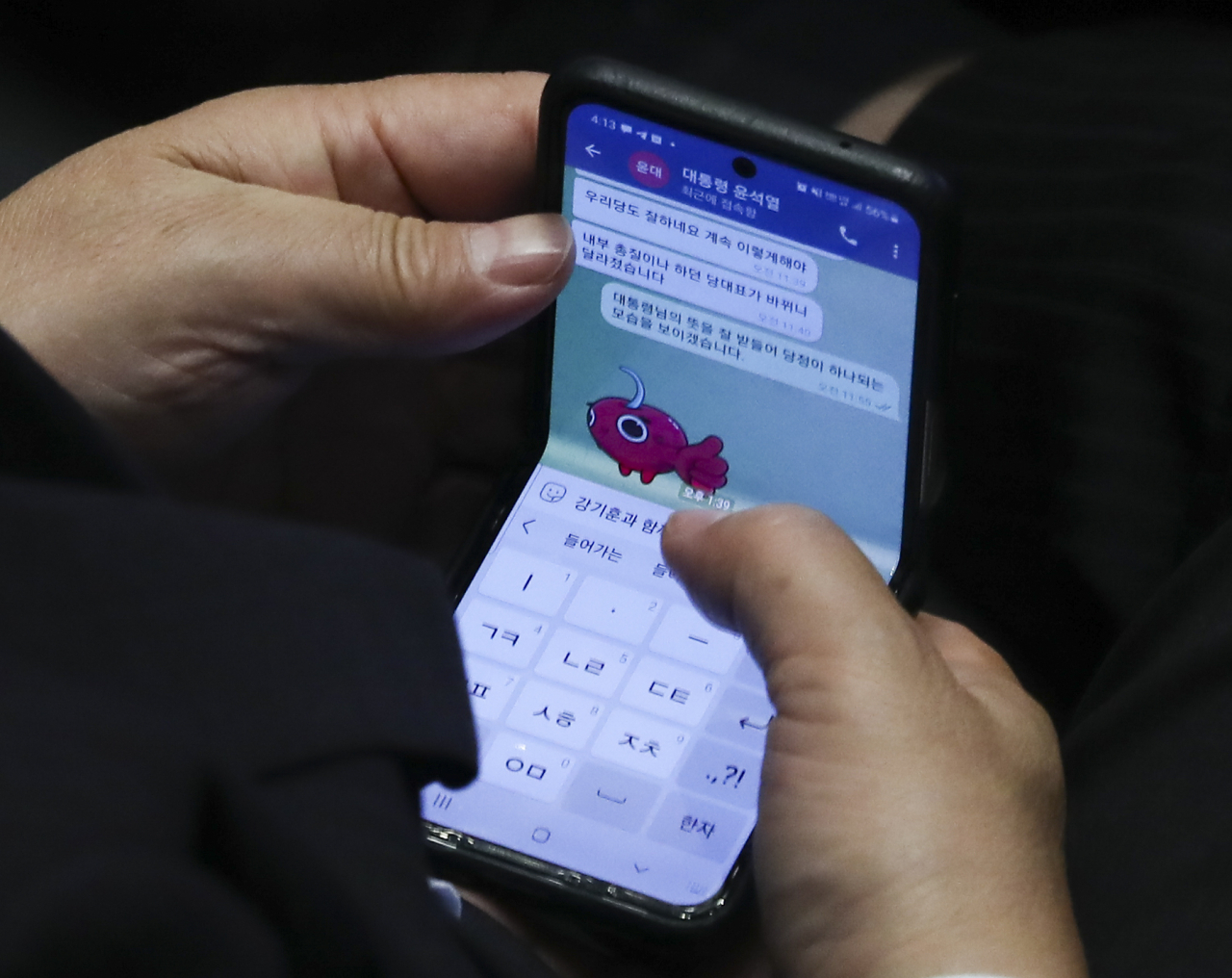 Rep. Kweon Seong-dong, acting chair and floor leader of the People Power Party, exchanges a text message during an interpellation session at the National Assembly on Tuesday. (Yonhap)

The acting chairman of the ruling People Power Party (PPP) has apologized after a text conversation he had with President Yoon Suk-yeol was caught on camera, in which Yoon was seen backbiting about suspended party chief Lee Jun-seok.

PPP floor leader Kweon Seong-dong took over as acting chair of the party early this month after the party's ethics committee suspended Lee's party membership for six months over allegations of sexual bribery and a cover-up.

On Tuesday, Kweon was caught on press cameras writing a text message to Yoon on his mobile phone. The screen also showed earlier messages from Yoon saying he was happy with the change in the party's leadership in a swipe at Lee.

"Our party is doing a good job. We should keep this up," Yoon wrote in the messages sent via Telegram. "Since the replacement of the party chair who used to shoot upon ourselves, our party has become different."

Yoon was seen criticizing Lee for focusing on an internal fight rather than attacking the opposition party.

Kweon said in response, "We will uphold your wish, and show unity between the party and the government."

Hours later, Kweon issued an apology, saying he would take full responsibility over the incident.

"It is entirely my fault that a personal conversation with the president was revealed due to my carelessness and caused misunderstanding," he said in a Facebook post. "Regardless of the reason, I apologize to fellow party members and the people for causing concern." (Yonhap)