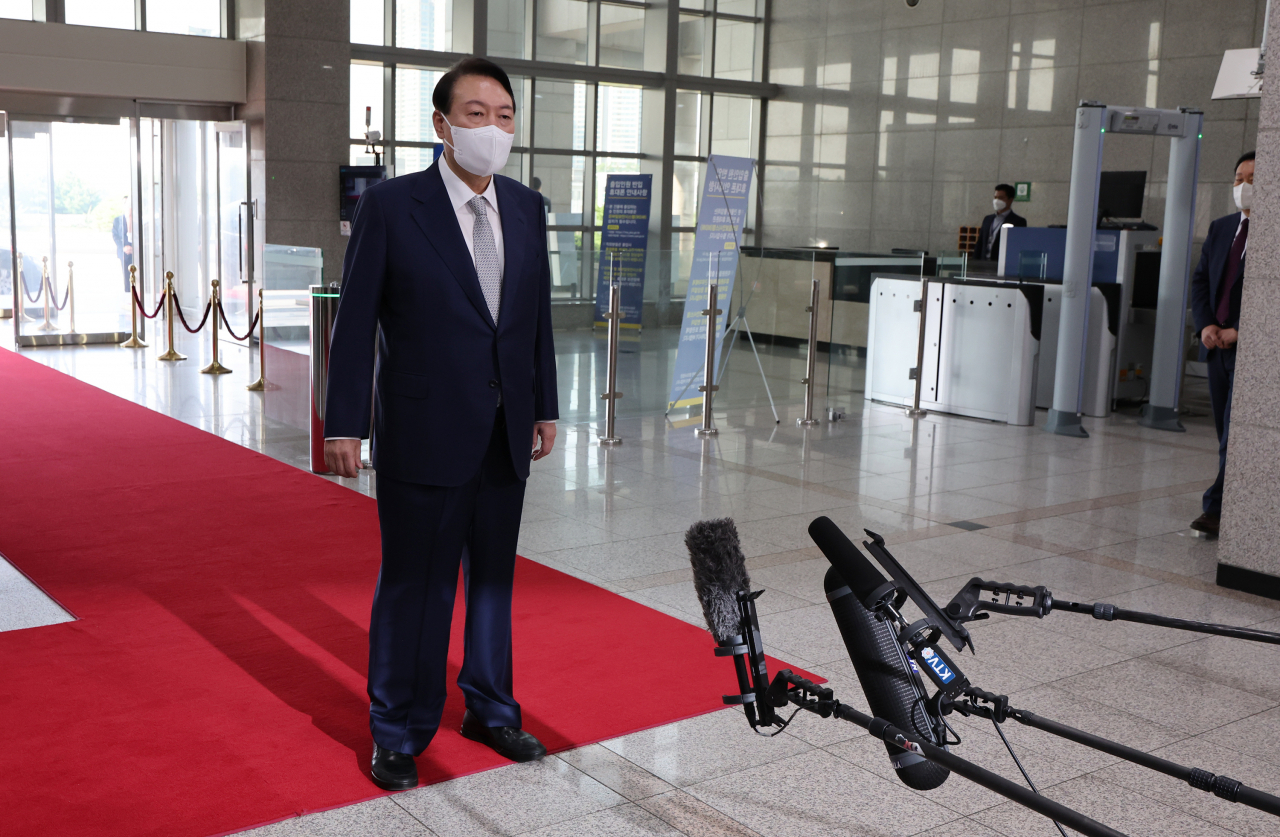 President Yoon Suk-yeol takes reporters' questions as he arrives at the presidential office in Seoul on Tuesday. (Yonhap)

President Yoon Suk-yeol said Tuesday collective action by police officers against the planned establishment of a police bureau under the interior ministry could amount to a "serious breach of national discipline."

The remark came as the ministry and front-line police officers have clashed head-on over the police bureau plan, with senior superintendents gathering in protest and Interior Minister Lee Sang-min likening the collective action to a "coup."

"Like the people, I am deeply concerned about the collective action" by the police officers, Yoon told reporters as he arrived for work.

"Collectively protesting against the government's policies and reorganization plans, which are being pursued under the Constitution and the law, could be a serious breach of national discipline," he said.

The establishment of the police bureau is expected to be endorsed during a Cabinet meeting Tuesday.

Police officers taking part in the collective action have expressed concern the bureau's oversight would compromise their political neutrality and accountability, while the interior ministry has argued it is necessary, as the police are set to take on more investigative roles from the prosecution.

"In carrying out a nation's basic administrative duties of national defense and public order, the final authority of command and oversight lies with the president," Yoon said.

Referring to the scheduled Cabinet meeting, he acknowledged there could be "various opinions," but noted "a nation's fundamental order and discipline should not be shaken."

Yoon struck a stronger tone in his remarks Tuesday after having said Monday he expects the interior ministry and the National Police Agency to take "necessary steps" against the protest.

Asked Tuesday to comment on Japan's approval of the release of treated radioactive water from the wrecked Fukushima nuclear power plant, Yoon said he has asserted since his election campaign that Japan needs to "transparently explain and gain the consent" of neighboring countries. (Yonhap)